‘My Time is Up’: With Trevor Noah Out at ‘The Daily Show,’ Here’s Who Should Replace Him

Trevor Noah, beloved host of "The Daily Show," has announced plans to leave the show after seven years. Noah took 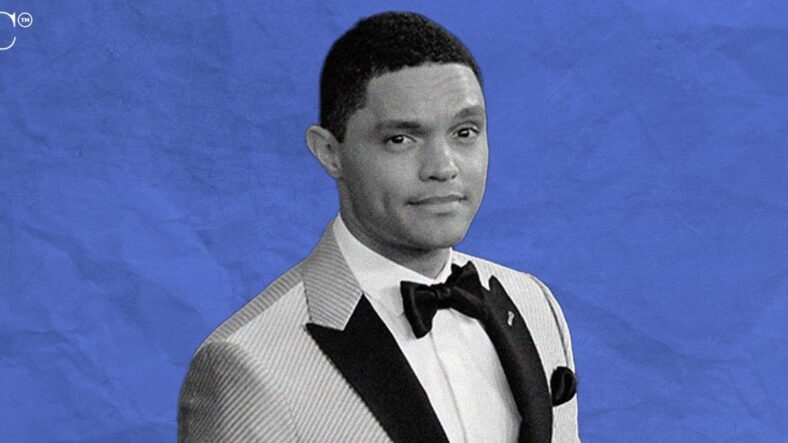 Trevor Noah, beloved host of "The Daily Show," has announced plans to leave the show after seven years.

Noah took a moment to explain the end of his time on the satire comedy show, the South African comedian sharing, "I remember when we first started … so many people didn't believe in us. It was a crazy bet to make. I still think it was a crazy choice, this random African. What a journey it’s been. … It’s been absolutely amazing. It's something that I never expected."

He continued, "After the seven years, my time is up, but in the most beautiful way, honestly. I’ve loved hosting this show. … But after seven years I feel like it's time."

With Noah planning to leave after seven years, everyone's wondering – who's going to replace him?

Trevor Noah Will Be Replaced By …. ?

With Noah out, he's leaving behind huge shoes to fill.

And who could possibly take over a position that's so well-known and beloved is a question execs at Comedy Central are probably losing sleep over.

But these three comedians stand a good chance at having the right combination of wit, sarcasm and dry biting humor to give Noah's reputation a run for its money:

Samantha Bee: Bee herself just stepped down from a seven-year run as the host of her TBS show, "Full Frontal With Samantha Bee." Bee has become a champion of women's rights, human rights, and humor – clips of her show often going viral for her quick wit and biting social commentary. Bee would also be a historic choice, marking the first time a woman has been chosen for a major late night comedy host role – perhaps long overdue.

Amber Ruffin: As a writer for "Late Night with Seth Meyers" and host of "The Amber Ruffin Show," she's experienced in exactly this kind of humor. All it takes is a little watch-through of Ruffin's show to realize that she has the same acerbic wit and dry humor that appeals about Noah, and she would bring much the same brand of humor to "The Daily Show" audiences. As a Black woman, her appointment as host would be doubly historic and past due.

Jordan Klepper: This one could be a bit obvious, because he already works on "The Daily Show." Klepper is perhaps best known for his dry comedic bits where he interviews supporters of former POTUS Donald Trump at Trump rallies, asking them questions that paint them into an embarrassing corner. Klepper is knowledgeable, witty, and familiar with the ins and outs of the show already, making him a natural replacement option.

Noah first took over as host of the show in 2015 after his predecessor Jon Stewart stepped down to focus on other pursuits.

That means that he became one of the world's favorite political satirists right as Donald Trump's star rose in the heavens. Over the course of his time at the helm of The Daily Show, Noah has found himself frequently mocking and criticizing the former POTUS – although he doesn't hold back against the current president, either.

As a result, his time as host has been very politically charged. During pandemic lockdowns, Noah streamed clips directly from his home and commented on current events such as the murder of George Floyd in police custody, Black Lives Matter protests, the pandemic itself and of course Trump's handling of it.

While it earned him no fans among conservatives and hard-line Trump supporters, it made him a mouthpiece for Independents, Democrats and leftists who needed an outlet for their frustration in a particularly fraught period.

74% of "The Daily Show" viewers are between 18 and 49, making Noah a bridge between Generation Z, Millennials and their Gen X counterparts.

With his retirement comes the end of an era that will be hard to replace. But just as it was once unimaginable to replace Noah's predecessor Jon Stewart, they were able to find someone who could fill Stewart's shoes and more. So whoever comes next will likely be just as extraordinary, and every bit as witty.