Advisor to former President Trump, Peter Navarro, is showing an extraordinary amount of loyalty to his once-boss. Navarro was subpoenaed 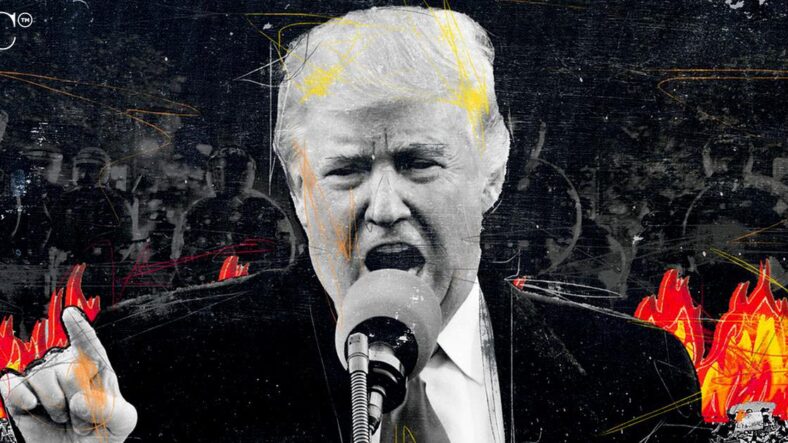 Advisor to former President Trump, Peter Navarro, is showing an extraordinary amount of loyalty to his once-boss.

Navarro was subpoenaed to testify before the Jan 6 committee, but says that only the former President has the power to compel him to speak about those matters.

It's a sigh of relief for a President who feels beset and embattled as the circle closest to him during his presidency is called in to testify one by one.

The committee investigating the attempted insurrection on Jan 6 has been heating up in recent months, but mostly producing chaos.

Those close to the former President are mostly refusing to cooperate, leaving the committee frustrated and still seeking answers. Former advisor Navarro has joined the rank of those refusing to speak, but instead of outright refusing – he's given a reason.

According to Navarro, only the former President has the right to approve his ability to discuss sensitive matters. It's a ploy being used by several of Trump's former inner circle, and so far it's frustrated the January 6 panel's ability to piece together who knew what when. Navarro is filing a lawsuit against the committee now, requiring them to provide a remedy rather than continue to punish him for what he sees as his legal due.

Business Insider writes, "Navarro disclosed the latest subpoena against him in the draft of a lawsuit that details complaints against the January 6 House Committee, House Speaker Nancy Pelosi, and the US attorney for the District of Columbia, Matt Graves.

It was served to his house by two FBI agents who 'banged loudly' on his door, Navarro's lawsuit said."

Navarro has refused in the past to cooperate with the panel, despite the fact that the House has found him in contempt. Navarro calls their attempts to strongarm him "unlawful" and describes a slippery slope.

Insider adds, "'Each of the issues raised in the lawsuit — which took several months to prepare – are ripe for the judiciary to address; I find it my duty to raise these issues now rather than submit to the coercion of a kangaroo committee,' Navarro told USA Today."

Navarro will file his lawsuit later today, and plans to represent himself in the case.

Just recently, House Minority Leader Kevin McCarthy declined a subpoena. The January 6 panel has expressed hesitancy around subpoenaing their fellow Congresspeople, and have been even more sluggish to impose sanctions or vote to tap them as in contempt.

Politico reports, "'The Select Committee has learned that several of our colleagues have information relevant to our investigation into the facts, circumstances, and causes of January 6th,' select panel Chair Bennie Thompson (D-Miss.) and Vice Chair Liz Cheney (R-Wyo.) said in a statement.

The two urged their fellow lawmakers to testify: 'We urge our colleagues to join the hundreds of individuals who have shared information with the Select Committee to get to the bottom of what happened on January 6th.'"

But cracking that inner circle may prove impossible for the Jan 6 panel. Trump is nicknamed "Teflon Don" because he has the ability to withstand almost all legal challenges; January 6th may prove no different. That tenacity is owed in large part to the extraordinary loyalty those in his inner circle tend to show.

After Navarro files the lawsuit, the House will have a chance to respond; how they handle Navarro may well set the precedent moving forward as to whether those potentially involved with January 6 may have to speak or if they're entitled to hold their silence.