Two Years After George Floyd’s Murder at the Hands of Police, Here’s Where Things Stand

May 25 2022 marks the two-year anniversary of the murder of George Floyd at the hands of police officers. When

May 25 2022 marks the two-year anniversary of the murder of George Floyd at the hands of police officers.

When he breathed his last, neither Floyd nor the world was prepared for the firestorm that would be ignited on the wings of that last exhalation. It swept across the world, lighting rage under those who feel vulnerable and abused by the system and supporters who were outraged by the callous and casual murder of a man who had done nothing to deserve his slow and painful death.

With two years behind, it's time to look back and see where the state of the world is now. What's changed, and what's stayed the same? Here's a look at the turbulent two years that have followed the murder of George Floyd.

An Unbelievable Two Years Since Floyd was Killed 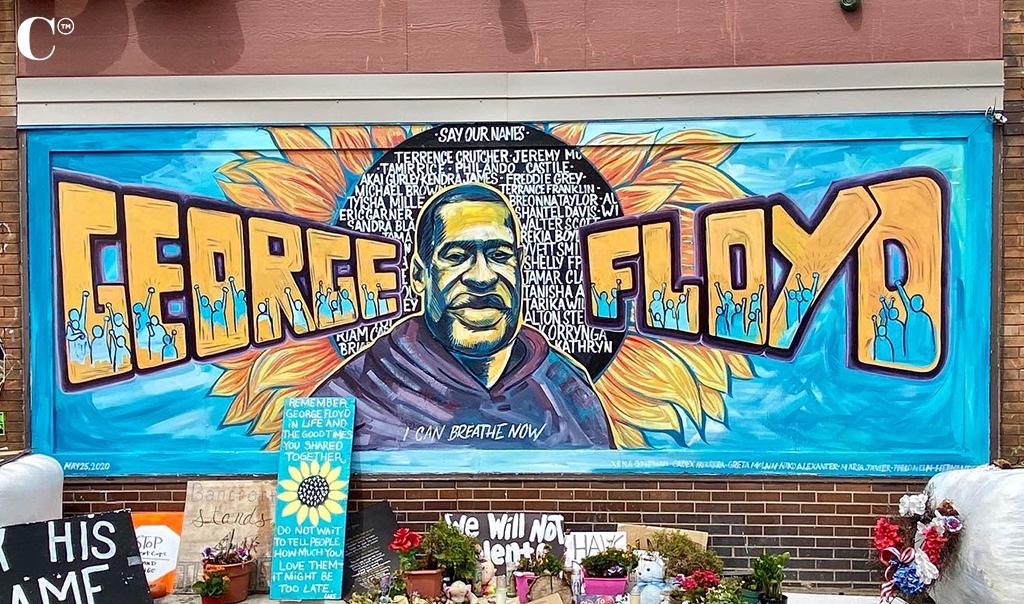 It's hard to believe that two years have passed. They've been busy years, admittedly, between a turbulent election, attempted insurrection – not to mention a global pandemic that has killed millions.

But under it all has simmered the same rage that was ignited when Floyd was killed that fateful day in 2020. Part of why the rage has been sustained so efficiently is due to the fact that not much has changed. Just this month, 10 people were murdered in a majority Black part of Buffalo. The shooter entered the supermarket with explicitly racists goals.

NPR summarizes, "Two years later, though, little has changed to help improve America's relationship between citizens and the police, or the nation's fraught race relations.

Those shortcomings were highlighted this month when an 18-year-old man is accused of traveling hundreds of miles to carry out a racist massacre at a grocery store in Buffalo's predominantly Black East Side.

The man, who allegedly yelled racial epithets as he opened fire in the store and on its parking lot, killed 10 people and injured three others.

Police took him into custody unharmed.

'Fascinating how civil and calm the police are arresting the man who shot and killed almost a dozen people in cold blood,' one Twitter user observed. 'If they [showed] this level of respect to George Floyd for attempting to spend a fake $20 bill, he would be alive.'"

Although the most recent killing was perpetuated by an individual and Floyd's murder was carried out by agents of the state, activists argue that they're all part of the same racist system that is causing disadvantages to people of color in America and defending perpetrators of abuses against them.

In an answer to Floyd's murder and others sprang the Black Lives Matter movement. Ostensibly, a movement focused on exposing inequalities in the policing and justice system, and pressing for laws that address these issues. In practice, the BLM organization itself has faced criticism of misappropriated funds and murky motives.

Nonetheless, they have harnessed the rage of a generation which is still focused on making change.

The effect of their efforts was visible when something happened that many thought impossible: Derek Chauvin, the police officer who knelt on Floyd's neck, was convicted of murder. In June of last year, Chauvin was sentenced to over 22 years in prison two months after being found guilty of unintentional second-degree murder, third-degree murder and second-degree manslaughter.

Although there was ample video and witness testimony of Floyd's death – now considered the video seen 'round the world – there was serious doubt as to whether Chauvin would face justice or not. Historically, police officers have faced little to no consequences for killing people in their custody, so Chauvin's conviction marked a hopeful turning point for advocates of police accountability and change.

In the grand scheme of things though, not much else has changed. People are still dying in police custody, racial profiling is still happening, and even though Democrats who ran on promises of system change have been in charge for a year now – few laws of consequence have even been discussed much less passed.

In Washington, response to the concerns of Black activists and their supporters has been sluggish. This week, President Joe Biden announced plans to sign a reform bill, but there's a problem with it. NPR reports "President Biden will sign an executive order on Wednesday requiring new use-of-force rules for federal law enforcement and encouraging local police departments to make similar changes.

The measure is the product of months of consultations with police professional groups and reform activists. The executive order is the fallback position for the administration after Congress failed to agree last year on a package of reforms dubbed the George Floyd Justice in Policing Act."

In theory, it's a step in the right direction. But in reality, it doesn't apply to local police departments, so the teeth are missing. Federal policing agencies such as the FBI will be forced to re-examine their use of force tactics, but not the agencies where the abuses are occurring most frequently. But one thing it does do right is create a database for hiring departments to access which will show when an officer has been fired for misconduct. As of now, a police officer can be fired for abusing their power – and then go somewhere else and start all over again. The database aims to stop this skipping of accountability.

Some people aren't going to wait for Washington to decide whether to help or not. The George Floyd Memorial Foundation was formed in August of 2020, aimed at overcoming the systemic obstacles facing the Black community.

In the two years since the death of George Floyd, many around the country have been seeking any positives they can regarding police interactions with people of color. We understand that the lack of progress as it relates to these interactions can be very frustrating. While progress and change often don't come as quickly as we would all prefer, at the George Floyd Memorial Foundation we are working tirelessly to affect positive change and to ensure that Mr. Floyd's legacy is protected and honored.

The Impact Report we released today outlines many of the initiatives in which we have engaged since Mr. Floyd's death. Because of your support, we have been able to achieve many of our objectives even earlier than we anticipated.

The George Floyd Memorial Foundation is about uniting, activating and inspiring. We will continue in that mission every minute of every day, because that's exactly what Mr. Floyd would have wanted."

Alongside Black Lives Matter and community organizers, the Foundation is working on finding a path forward where police officers are trained better and held accountable – used in situations where their response is appropriate and not in every situation.

Celebs Who Spoke In the Wake of Floyd’s Death; Where is the Enthusiasm?

As the years pass and the passion continues to burn in communities around the country, where are the celebrities?

Immediately after the murder of Floyd, and after the conviction of Chauvin, celebrity voices were loud and inspiring. But many of them have fallen silent. Here's a look at what many celebrities said when emotions were high – and where they are now:

Dozens of other celebrities spoke out, including Banksy, Kevin Hart, Ciara, Lady Gaga, Jamie Foxx, Seth Rogan and more. While some have maintained the enthusiasm they expressed in 2020, many have moved on to the next social movement.

In order to effect real systemic change, the effort has to be sustained, but it's currently taking a backseat to things like the pandemic and the horrific school shooting in Uvalde, Texas, which left 21 dead – 19 of whom were fourth graders.

Unfortunately, two years after Floyd's death, it would seem that little has changed and less has been resolved. This leaves the nation wondering, where do we go from here?

The only answer everyone can agree on is: not back. Anywhere but back.