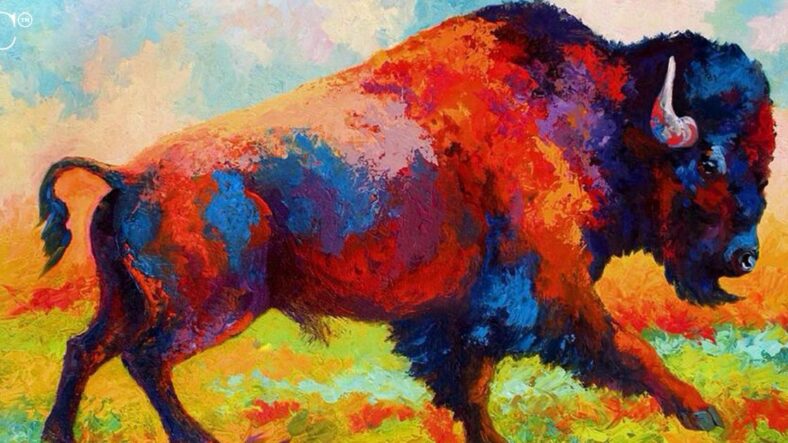 The population of Bison that reside mostly in Yellowstone will be undergoing an important year-long review to determine if they need to receive protections under the Endangered Species Act.

But conservation policing often comes down to politics more than ecological concerns, and many are wondering if that's at play with the bison review. Here's what you need to understand about why conservationists want to review the population, what the impacts would be of enacting protections, and what's happened in the past when laws have played with recovering populations. In addition, celebrities often tout big game and trophy hunting as a way to support healthy population growth, but do they do more harm than good?

Should Yellowstone Bison Be Protected?

The question that first comes to mind is: do Yellowstone Bison need to be protected? But the real issue is far more complex. Because obviously the answer to that question is yes – recovering population of important native species need protection. But how much interference is necessary is where the debate lies.

The population of wild bison in and around Yellowstone is around 5,500 – a sizeable recovery for a species that only had a few dozen in the early 1900's. By that metric, the species is threatened but not in danger of going extinct anytime soon.

However, researchers have identified in recent years the surprising fact that the bison herds across Yellowstone have actually genetically diverged and formed two distinct groups. The Endangered Species review is being conducted on those genetically distinct populations to see if they need protection as an individual subset of the species, separate from the overall population of bison.

But the impacts of doing so would be extraordinarily complicated. After all, the bison don't just stay in Yellowstone, so to prevent hunting of them elsewhere too could pose long-term problems for others – namely, ranchers in neighboring states.

As one would expect, bison roam. They spend a good portion of their time passing through private land, even though officials try to turn them back into Yellowstone.

Bison have a very high infection rate with a deadly disease called brucellosis. It's a highly contagious and hardy bacteria that can survive in soil, so infected populations can't cross paths with cattle or other livestock. Infected herds of food cattle have to be culled, causing significant harm to the ranchers' on-site populations. In addition, if ranchers in Montana can no longer harry and hunt bison on their lands, out-of-state purchasers of Montana livestock will begin looking elsewhere, devastating the local ranchers.

Tensions with indigenous tribes also makes it hard to enact the protections against bison. In order to restore bison populations to tribal lands and ensure the tribes can continue their millennias-old interactions with the large animals, Yellowstone bison are often shipped across the country to bolster flagging populations and encourage growth. Making them more protected would prevent genetic crossing, so the diverse populations would have to be kept separate which would impact plans to send them to tribal lands.

The year-long review will examine the genetic diversity of the two bison populations and determine if it will be necessary to protect them beyond the status quo.

But politics play a huge role in any conservation effort, so while there are supporters and detractors on both sides of the issue, they won't be able to make anyone happy in the end. The only thing they can hope for is to identify and protect – if necessary – the unique Yellowstone bison.

What Happened the Last Time They Limited Hunting – the Good, the Bad and the Ugly

We've seen conservation efforts go awry before. Gray wolves were once functionally extinct in the wild, but conservationists were able to reintroduce a population in the 1990's.

With Endangered Species Act protections, they grew rapidly – some say too rapidly – and begin impacting vulnerable populations of other native species which had spent generations adapting to the large predators' absence.

So the dance began between supporting the growing population and culling the overly rapid growth to keep it to a sustainable level.

The gray wolf population is no longer protected as threatened by extinction, and many states surrounding Yellowstone have cut quotes and allow killing of the fledgling population as they range outside of the national park's boundaries.

Many experts worry that it's winding the clock back quickly, and failing to protect the roaming wolves will see efforts to recover the population reduced to pre-'90's levels.

This is related to the concern about bison populations. Once protections are limited, populations become targets of enthusiastic hunting. Whether for fun or out of necessity, stripping away endangered species protections opens them up to a stall in population growth.

So when they consider whether to let the growing population of bison continue – they have to weigh the risk that the genetically diverse herds may be culled too far to easily sustain.

On the other hand, the risk of allowing the brucellosis carriers to move unimpeded through surrounding states is not a small public nuisance – it's a real risk with real-world consequences.

The review will likely wrap up early next year and could shed some light on how far the bison recovery has come, and where they can go from here.

Meanwhile, the whole concept of hunting a maybe-endangered species has drawn attention to trophy hunting and big game hunting, namely among celebrities who openly support it.

Here are some celebrities who openly talk about trophy and big game hunting:

Like most things with celebrities, fan see – fan do. So does promoting big game and trophy hunting come with a devastating cost, or is it – as many suggest – a useful tool in keeping population growth under check?

That depends entirely on who you ask – and which animal populations you're looking at.

For the most part, big game and trophy hunting are well-regulated, require licensing, and come with strict rules as to which animals can be hunted, including limiting them by age, sex, and location.

But there have been situations where it's gone too far, such as the gray wolves, and several vulnerable animals in Africa.

So trophy hunting could best be described as a hobby you should engage with using caution. As long as you're contracting with reputable guides and sticking to the licensing and regulations, it can be used effectively to keep populations on a steady and healthy growth rate.

But like anything, it can be abused – so make sure you're working within legal and reputable boundaries.