Ultra Music Festival returned to Miami last weekend for the first time in two years. With COVID forcing the popular 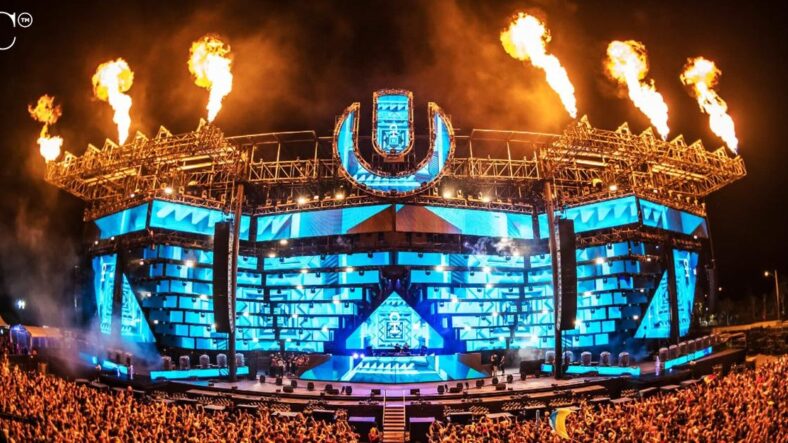 Ultra Music Festival returned to Miami last weekend for the first time in two years. With COVID forcing the popular dance festival to shutter, it was a triumphant return to the South Florida vibe attendees love so much – and it was a rousing success. With the success of Ultra on the books now, Coachella organizers may be prepping for what could be the largest audience on record – and it will be a beautiful success.

Ultra Music Festival touched down in Miami again last weekend for the first time in two years. It was a warm spring day in Miami and the atmosphere was electric – you could tell people were ready to return to the scene they have been missing. For two long years, the live music scene has been mostly silent – and now that it's back, people are showing how ready they are to get back to normal. Billboard did a rundown of the top 10 Ways Ultra Miami 2022 Returned the Festival to Its Rightful Status as a Global Dance Destination, and here are our favorites:

Ultra 2022 was wildly successful, and it brought with it hope for other music festivals that have been nervously eyeing their return from COVID shutdowns. Industry experts went into 2022 with a lot of uncertainty; would people be ready to get back to crowded music scenes, and elbow-to-elbow with strangers after 2 years of isolation? Or would they be more cautious and take time easing back into it?

Ultra proves that people were ready and willing to dive right back in, and it's great news for upcoming festivals like Coachella.

Coachella is the next big music festival to kick off, and the success of Ultra is sending signals to organizers that Coachella may be big – really, really big. Already one of the biggest festivals of the year, this year Coachella lineup is a heavy hitting group, with stars that will draw a crowd on their own.

CELEB announced this year's lineup when it was released, and it's impressive. "The Coachella 2022 lineup has been announced, and as one would expect – it’s huge. With two years of nothing to show, the Coachella organizers wanted to go big and celebrate coming together again. Headliners include superstars such as Harry Styles, Billie Eilish and Ye – the artist formerly known as Kanye West.

Coachella’s performances are divided into two weekends, and this year’s events will happen April 15-17 and then again April 22-24."

Around 170,000 concertgoers attended Ultra Festival this year, and with Coachella usually averaging around that many per weekend – this year could be massive. To be a part of history, visit the website to plan your weekend at Coachella.

Now that scenes are live again and music is returning to stages across the world, the music industry is breathing a deep sigh of relief. In Las Vegas, the Life is Beautiful festival kicks off this September – bringing with it another season of Fall performances in Sin City. But before we get to September, a lot of other festivals are returning or kicking off the first time this year.

It's a sign of hope for the music industry, full of people whose past 2 years have been even more filled with uncertainty than the general population. When your job relies on people gathering in huge numbers, COVID is the last thing you want to deal with. But now that it is receding and vaccinations are increasing, the industry is slowly recovering, one festival at a time.

Here's a look at some of the festivals coming back this year in the United States:

For a year of fun and music, 2022 is shaping up to be one for the record books.