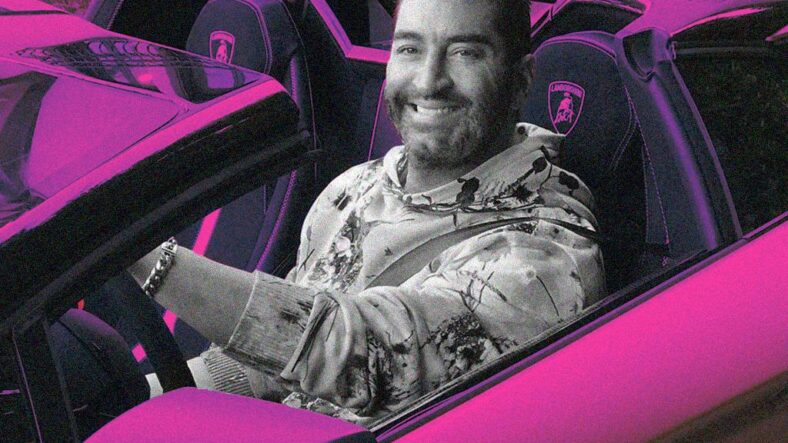 Controversy has arisen around the father of a teen who killed a woman two weeks ago after reckless driving in Los Angeles resulted in a crash. James Khuri has been revealed as the father of the likely teen who killed Monique Munoz, and his behavior in the wake of the crash has raised many eyebrows. From working actively to bury bad press, to nonchalant public behavior, Khuri has invited a firestorm of criticism as he navigates the wake of his child’s fatally bad decision that took the life of a young woman.

Crash that Left One Woman Dead 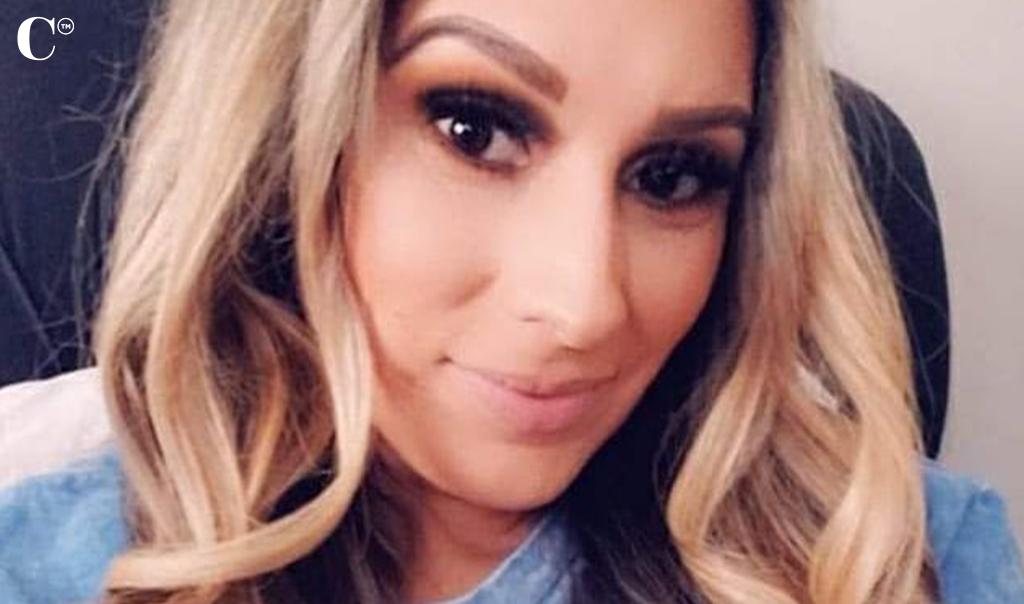 CELEB reported this heartbreaking story after it broke in mid-February. “An investigation has been launched into the death of Munoz last Wednesday. CBS Los Angeles reported, ‘According to LAFD, the crash happened at about 5:14 p.m. in the 10700 block of West Olympic Boulevard, just east of Overland Avenue. It was not immediately clear what led up to the crash.

LAFD said there were only two vehicles involved in the crash, though photos from the scene also showed a third that officials said was merely stopped nearby.

Mirror adds, ‘In a heartbreaking tribute to Monique, her stepfather Isaac Cardona said she had a ‘heart of gold’ and never hurt anyone.

He alleged that his kind stepdaughter had been killed by a reckless driver, The Sun reports.

Munoz was pronounced dead on the scene, and the teenaged driver of the other vehicle was transported to the hospital with injuries. Although the driver has not been named due to being a minor, his identity has been linked online to James Khuri—a successful ecommerce business guru.”

Although the speed of the teen driver has been questioned in media reports, so far Munoz’s stepfather is the only one to assign a number to the incident. 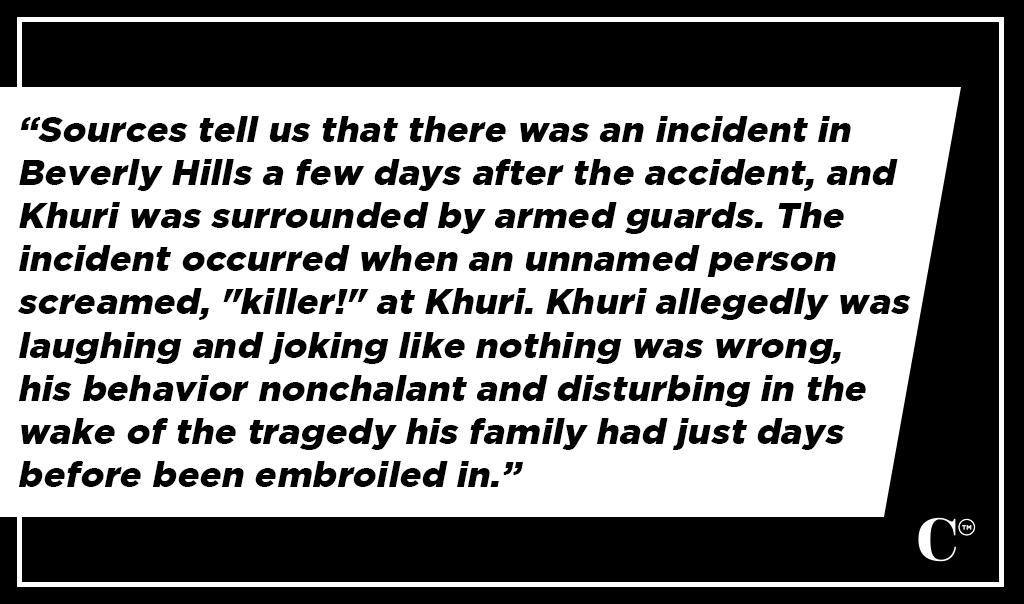 A source spoke with CELEB about James Khuri’s behavior in the wake of his son’s accident. One source says Khuri could be dumping a lot of money into internet marketing to create positive searches around his name as evidenced by the flood of articles on the web dated from late 2020 to early 2021.

It also appears as if he has spent some money cleaning up on the internet so that nothing about the recent story pops up related to his name. His behavior suggests an attempt to brush something under the rug. Bad press about his son and his parenting choices, or something more?

We do know that Khuri has a record, having been arrested in 2019 on charges of domestic violence with inflicting corporal injury on a spouse or co-inhabitant. Khuri could be looking to tidy up his family’s reputation, but other behavior since the incident suggests he just doesn’t care about the impact his family has had on the life of so many other people.

Sources tell CELEB there was a public display in Beverly Hills a few days after the accident, and Khuri was surrounded by armed guards. The scene occurred when an unnamed person screamed, “Killer!” at Khuri, who allegedly was laughing and joking like nothing was wrong, his behavior disturbing in the wake of the tragedy his family had just days before been embroiled in. 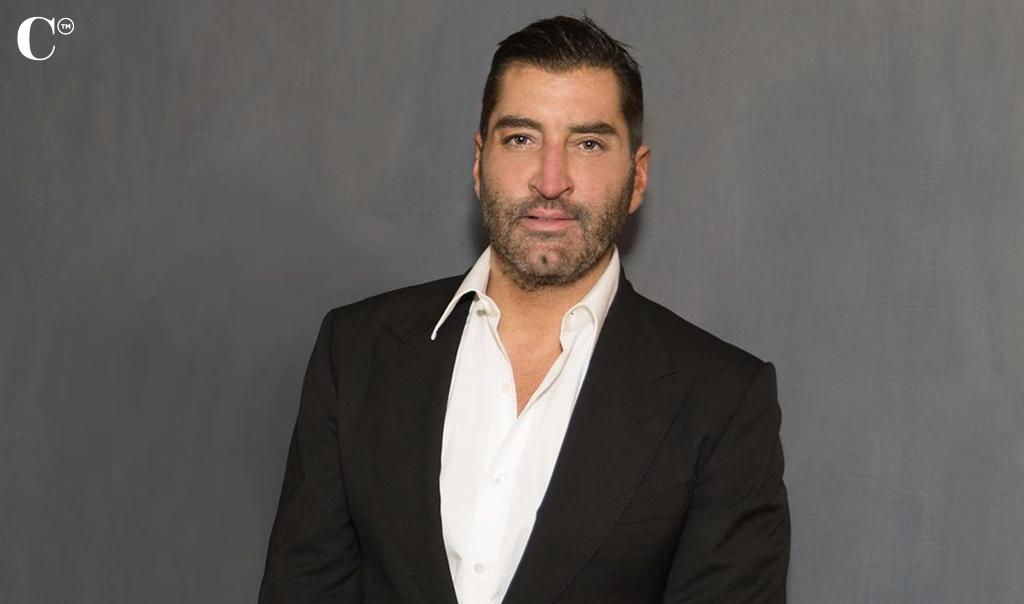 Since the accident, a conversation has arisen online about the role of parents in their childrens’ reckless behaviors. It’s pretty common for teens to make bad choices, but how much responsibility do parents bear? The internet seems to agree that in cases like this, the parents have a great deal of responsibility. After all, if we know teens are going to be reckless—should we really buy them a powerful and dangerous sports car? Would reexamining this parenting culture of status and “cool factor” save lives? The internet seems to think so. But even if there isn’t a seismic shift around the way affluent people provide their children with fast cars, at least the court system could hold someone accountable for the loss of Munoz’s life, right? Apparently, wrong.

So far, the district attorney overseeing the investigation into the crash has yet to press charges. This has enraged friends and family of Munoz, as well as online communities formed around the loss of loved ones by reckless and/or inebriated drivers. A #justiceformonique hashtag has been making the rounds online, and people are demanding the teen driver and possibly his parents be held accountable.

CELEB legal expert Niki Ghazian, a Los Angeles-based attorney who does not represent the family of Monique Munoz, says she is ashamed of District Attorney George Gascon. “He’s endangering Angelinos with his misguided soft approach to crime and acts like a public defender rather than a DA. He has yet to charge the minor in Monique Munoz’s case and is re-victimizing families of victims and victims of crime in L.A. by his short sentencing, directives and unreasonable leniency towards criminals. Gascon needs to be held accountable for his actions and inactions and we all have to stand up for victims and their families.”

A serious conversation has to be had about how we prepare children to hit the road. Although cars are treated as status symbols and items of convenience, in reality they’re dangerous tools that can be deadly in the wrong hands. 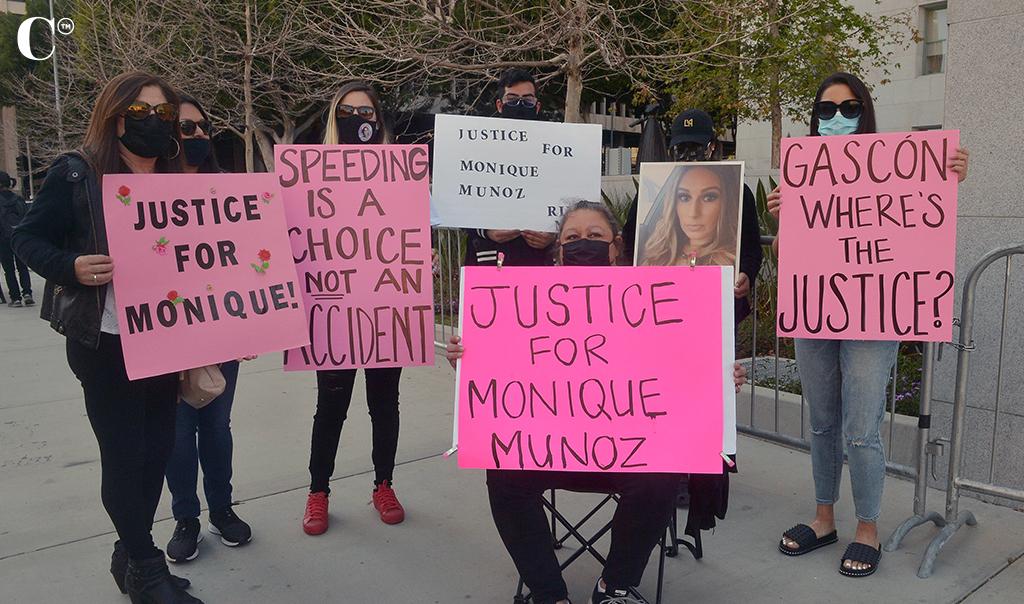 The story of Munoz’s death and Khuri’s disturbing behavior has sparked countless conversations about reckless car status culture and the District Attorney’s refusal to hold anyone accountable. Things came to a head over the weekend. The family of Munoz held a Cruise Night Protest to plea for justice. In a stunning display of callous disregard, Khuri didn’t just stay at home and lay low, or better yet – reach out with a statement to the family. Instead, Khuri attended a party for his photographer, and one particular comment he made the following night has caused outrage.

On Sunday, Khuri posted an image of himself with the photographer – Rochelle Brodin – with the caption, “Happy Birthday R Brodin. I hope you enjoyed your birthday last night!!! I did .” Imagine that just across town, a grieving family was meeting in the hopes that someone would listen to them and apply the law fairly.

All over the internet, Khuri continues his likely PR campaign; allegedly paying to hide negative press, and deleting negative comments on his Instagram. Munoz’s family continues their push for justice undeterred even as DA Gascon continues to avoid pressing charges. The family has also launched a GoFundMe account to help their campaign for justice. As the conversation ignites around the double standard of how the law is applied to the wealthy versus how it is applied to everyone else – Gascon will have to weigh the cost of allowing Khuri and his son to avoid responsibility. It’s already cost one promising life – how many more have to be sacrificed to continue providing perks to the affluent? 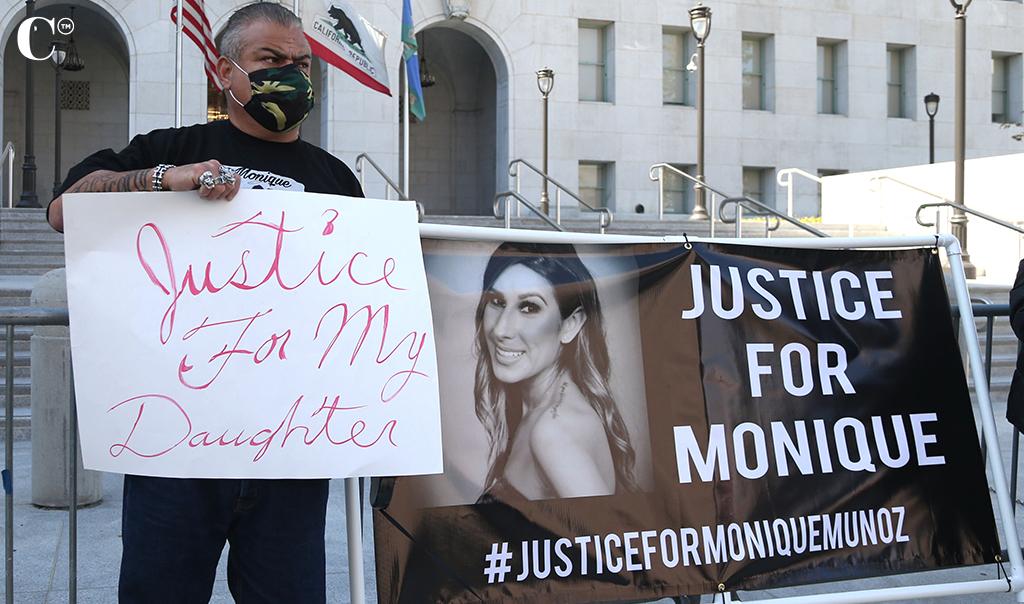 A march was organized this past weekend to keep pressure on DA Gascon to appropriately charge Khuri in Munoz’s death. Brendan Khuri – the 17 year old responsible for the wreck – has been booked, but charges and the case remain under review.

CELEB sent a photographer to the march, and it was a clear show of solidarity among friends and family. Cars honked their horns in support and it was a somber reminder that the family is still waiting for justice – more than a month after Munoz’s death.