Vanessa Bryant Embattled Again in the Wake of Kobe’s Legacy 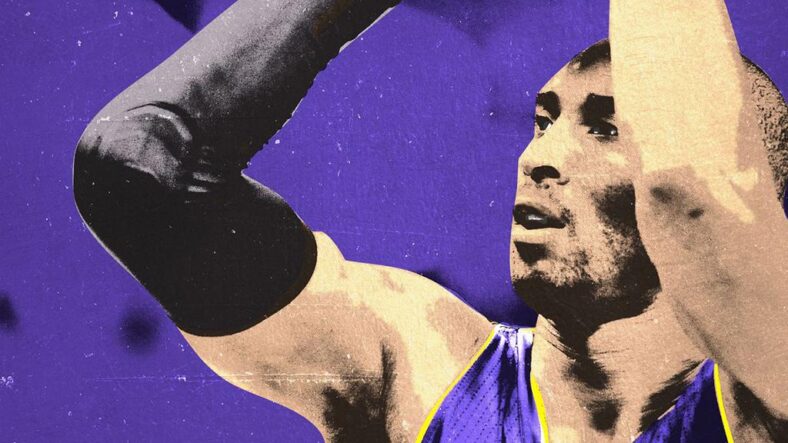 Basketball star Kobe Bryant and his daughter Gianna Bryant were killed at the start of 2020 in a horrific helicopter crash. Since then, widow Vanessa Bryant has been embroiled in several battles in defense of Kobe’s legacy. From a family battle over money to legal woes over contracts, Vanessa has been put through the ringer over and over again since losing Kobe and their beloved oldest daughter. Now, Vanessa is once again making headlines as she defends the legacy of Kobe and Gianna “GiGi;” this time, over a line of shoes that was never supposed to be released.

Mambacita Should Never Have Leaked 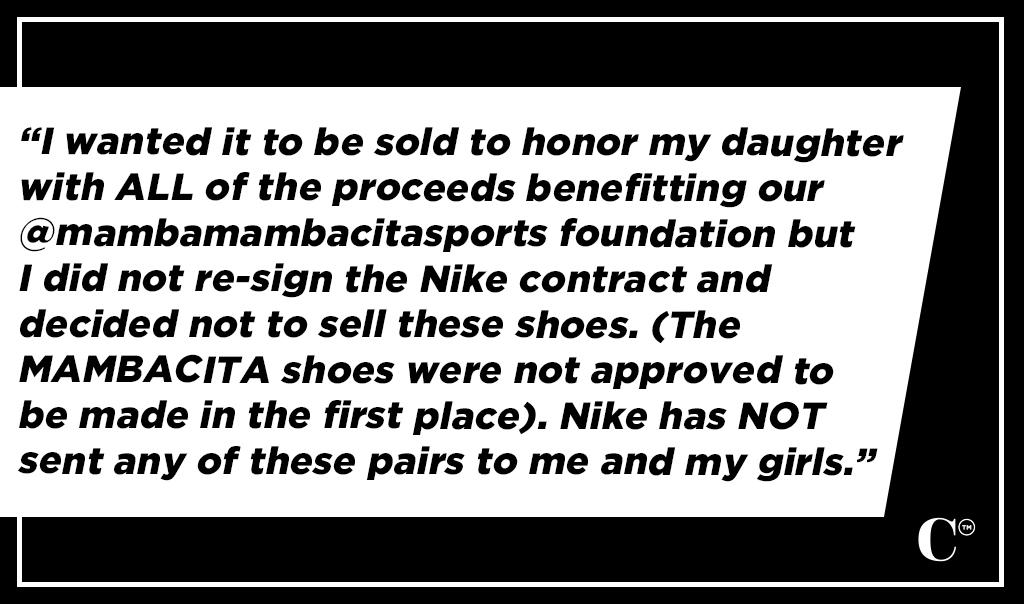 This week, Vanessa has been taking aim at Nike. After Kobe and Gianna’s deaths, Vanessa worked closely with Nike to develop a special sneaker called Mambacita in honor of her daughter, affectionately called GiGi. However, in the end Vanessa pulled the plug on the shoes and expected that would be the end of that.

As the shoes were never approved to be made and released, Vanessa was shocked this week when a photo circulated of someone seemingly showing off the distinct shoes with their signature gold “2”. On Instagram, Vanessa wrote, “In the 2nd photo, it appears someone already has Gigi’s MAMBACITA shoe in their possession. If someone can share how they have these shoes in their possession, that would be great because my daughters and I don’t have any of Gigi’s MAMBACITA shoes.”

The frustrated widow and mother added, “This is a shoe I worked on in honor of my daughter, Gianna. It was going to be called the MAMBACITA shoe as an exclusive black and white colorway on her daddy’s shoes. I picked the colors in honor of her uniform, the number 2 she wore just like her uniform, the inside pattern, Kobe and GiGi on the back in gold instead of Kobe’s signature, the inside shoe details (butterfly, wings, halo), etc. The MAMBACITA shoes are NOT approved for sale.”

Vanessa continues, “I wanted it to be sold to honor my daughter with ALL of the proceeds benefitting our @mambamambacitasports foundation but I did not re-sign the Nike contract and decided not to sell these shoes. (The MAMBACITA shoes were not approved to be made in the first place). Nike has NOT sent any of these pairs to me and my girls. I do not know how someone else has their hands on shoes I designed in honor of my daughter, GiGi and we don’t. I hope these shoes did not get sold. @nike”

CNBC shares, “Some individuals said in the comments of Bryant’s post that a sneaker shop called Footpatrol in the United Kingdom had released some pairs of the shoes early.

The shoes are also shown as sold out on resale marketplaces Goat’s and Flight Club’s websites. Footpatrol, Goat and Flight Club were not immediately available to comment.

Bryant launched on May 1 her own Mambacita clothing line, with proceeds going toward her nonprofit foundation. May 1 would have been Gigi’s 15th birthday.”

So far, Nike has remained silent. 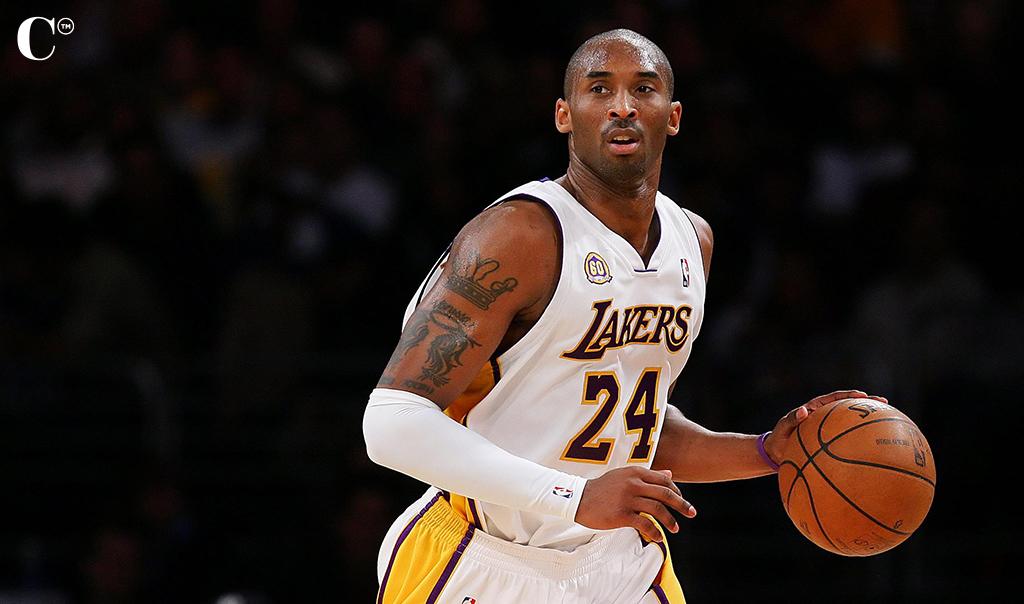 Speaking of Nike, they have been at the center of other woes for the grieving Bryant family. Kobe and Nike had an enduring partnership that saw Kobe designing and selling out some of Nike’s most successful shoes. The incredibly popular Kobe shoes were a boon for Nike, and in his death the company had hoped Vanessa would re-sign the contract and continue their partnered legacy.

Vanessa, however, decided to stand up for her husband’s legacy instead. Nike intended to limit production of Kobe shoes to drive up demand and make them more highly collectible, and Vanessa felt that move went contrary to Kobe’s beliefs. Vanessa wanted the shoes to be produced in higher quantity and available in every size, finding the drumming up collectability to be distasteful. Kobe’s widow passed up an insanely lucrative deal in order to keep his legacy of inclusiveness intact, a move widely praised by fans of the basketball star. This likely set the backdrop for the current Mambacita drama.

Beyond that, there has been talk that Kobe may have cut ties with Nike had he not died tragically young. CELEB explored the rumors last year; “Insider shares, “In a Twitter thread published early Tuesday morning, American venture capitalist Shervin Pishevar — a co-founder of Sherpa Capital and one of the masterminds behind Uber — revealed that he had met with Bryant in December 2019 to discuss plans for the new company. Pishevar noted in the thread that Kobe was not satisfied with the trajectory of his relationship with Nike and ‘what he was about to do in business was going to eclipse his sports career.’”

Pishevar’s tweets read, ‘I met with Kobe Bryant in late December 2019. Kobe wasn’t happy with Nike and was going to leave it in 2020. Kobe was going to start Mamba, a shoe company owned by players. He passed away weeks later. What he was about to do in business was going to eclipse his sports career.’” The tweet shows a unique and futuristic shoe, ostensibly what Kobe would have released on his own post-Nike.

A Lawsuit Within the Family 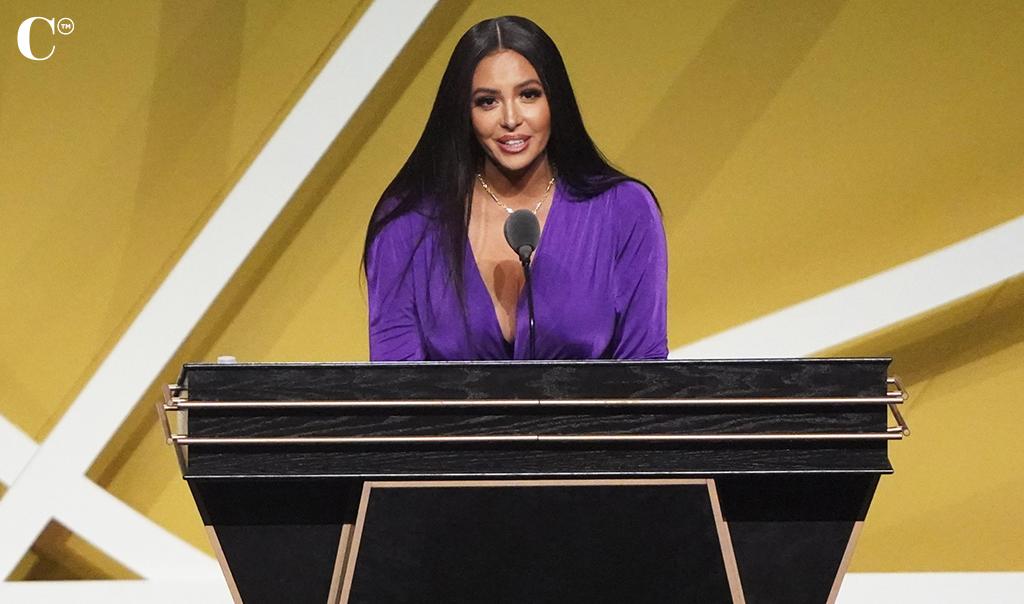 As though battling it out with one of the biggest sportswear companies in the world wasn’t wearing enough, Vanessa has had heartache from within her own family. Vanessa’s own mom, Sofia Laine, sued Kobe’s estate after his death, in the end of March. Lobbing a volley at the freshly grieving widow, Laine claimed that she was entitled to some of the estate because Kobe had promised to financially support her for the rest of her life, a claim which lawyers say wasn’t enforceable even if true.

Vanessa demanded the lawsuit be thrown out. Part of the lawsuit included the claim that Vanessa and Kobe hadn’t allowed Laine meal breaks, rest periods, or minimum wage for babysitting services. Vanessa, absolutely baffled, reminded the court that Laine is a grandmother who occasionally spent time with her grandchildren, not a babysitter. Laine also claims she worked as an assistant and nanny.

Vanessa, exhausted from the attempts to wrest money from the estate, kicked her mother out of the family home last year. Laine, determined, filed another lawsuit in December for financial support. After the December lawsuit, Hollywood Life reported, “After Sofia filed her lawsuit, Vanessa responded, saying in an excerpt of her statement to HollywoodLife, ‘My mother is continuing to try and find ways to extort a financial windfall from our family. I have supported her for nearly twenty years, and she was never my or Kobe’s personal assistant, nor was she a nanny.

‘This lawsuit is frivolous, disgraceful, and unimaginably hurtful. My husband never promised my mother anything, and he would be so disappointed in her behavior and lack of empathy.’” Vanessa again requested the lawsuit be thrown out.

As if losing her husband and child wasn’t devastating enough, Vanessa has been dealing with more than her fair share of heartache and strife over the last year. Somehow, amidst it all, she’s managed to stay graceful, poised, and powerful. Still mothering their surviving three children, Vanessa has overcome every challenge thrown her way. It’s hard to understand what happened with Mambacita and how Nike could justify releasing the shoes, and even harder to understand Laine’s greed and enmity towards her daughter. But through it all, Vanessa has defended Kobe’s legacy and stayed true to herself and her husband’s memory.