Vicki Gunvalson- Kelly Dodd Is A Vile Human Being

OG of the OC Vicki Gunvalson, who announced earlier this year she was departing The Real Housewives of Orange County, recently spoke

OG of the OC Vicki Gunvalson, who announced earlier this year she was departing The Real Housewives of Orange County, recently spoke to CELEB about comments Shannon Beador made about her. Beador wasn’t the only one talking about Gunvalson recently, though, as Kelly Dodd also discussed Gunvalson.

In an Instagram comment, Dodd referred to Gunvalson in a derogatory manner, calling her a “pig”- something Gunvalson has been clear on the show has offended her in the past when people have used that term towards her- and saying Gunvalson has a “gross, funky body.”

Kelly Dodd Is A Gold-Digging Harlot 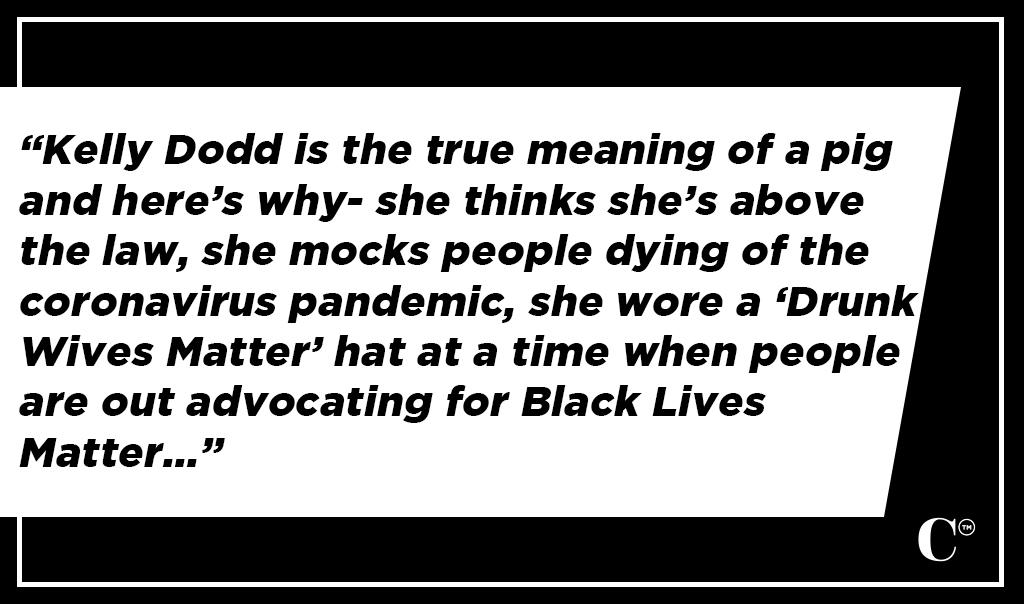 CELEB reached out to Gunvalson exclusively to get her response to Dodd’s latest attack on her.

Gunvalson began by sharing with CELEB that “While I’ve addressed the gold-digging harlot known as Kelly Dodd before, it seems like she wants to rumble with the Queen, so I’m going to give her the response she is so desperately seeking.”

“In an Instagram comment,” Gunvalson continued, “Kelly recently referred to me as a ‘pig’ and said I had a ‘gross, funky body.’ First of all, she’s calling me a pig as she knows this is something that offended me in the past and ridiculously childish, so I’m going to take ownership of the term and throw it back at her.”

Reclaiming the term, Gunvalson stated to CELEB that “Kelly Dodd is the true meaning of a pig and here’s why- she thinks she’s above the law, she mocks people dying of the coronavirus pandemic, she wore a ‘Drunk Wives Matter’ hat at a time when people are out advocating for Black Lives Matter- which, whether she agrees or not, completely mocks the movement.  She hosted a bridal shower with little use of masks and no social distancing, and that’s only the beginning.”

“I tried my hardest to stand by her side when I was on the show,” Gunvalson added, “but she is too toxic and unpredictable.”

Vicki Says Dodd Is The Furthest Thing From A Lady 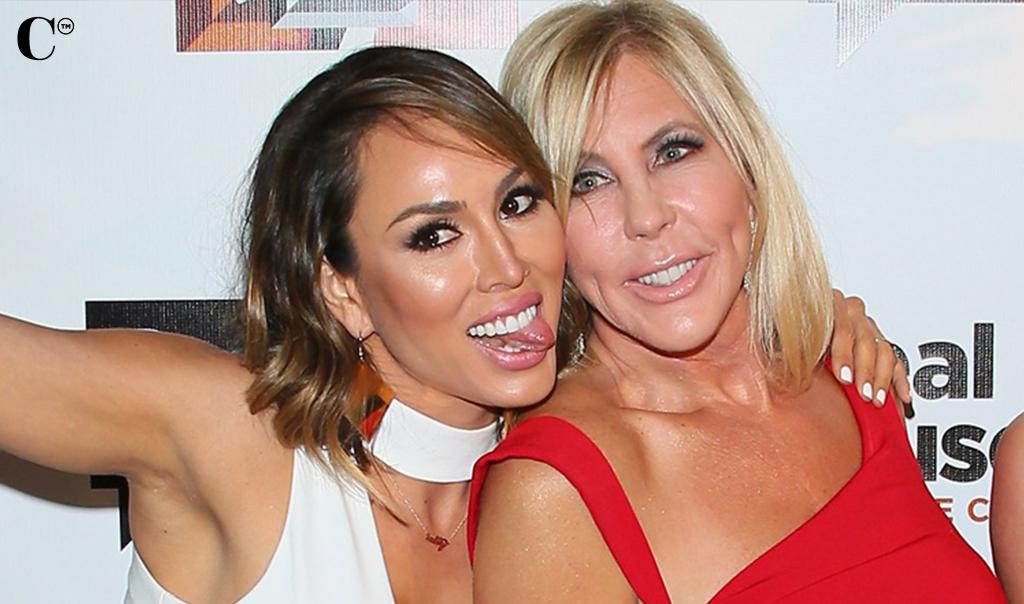 Gunvalson had more to add, going on to dish to CELEB that “I can assure you Kelly Dodd is the furthest thing from a ‘lady’ that there is. She completely brought The Real Housewives of Orange County from a show about classy women to a show about classless women.”

“There is nothing classy about her,” Gunvalson reaffirmed. “She is someone who tried to sleep her way into a class she doesn’t belong in and still doesn’t. Like Countess Luann says in her song, ‘Money Can’t Buy You Class‘ – and all the money her Fox News new husband reels in isn’t going to help one bit.”

A Vile Human Being 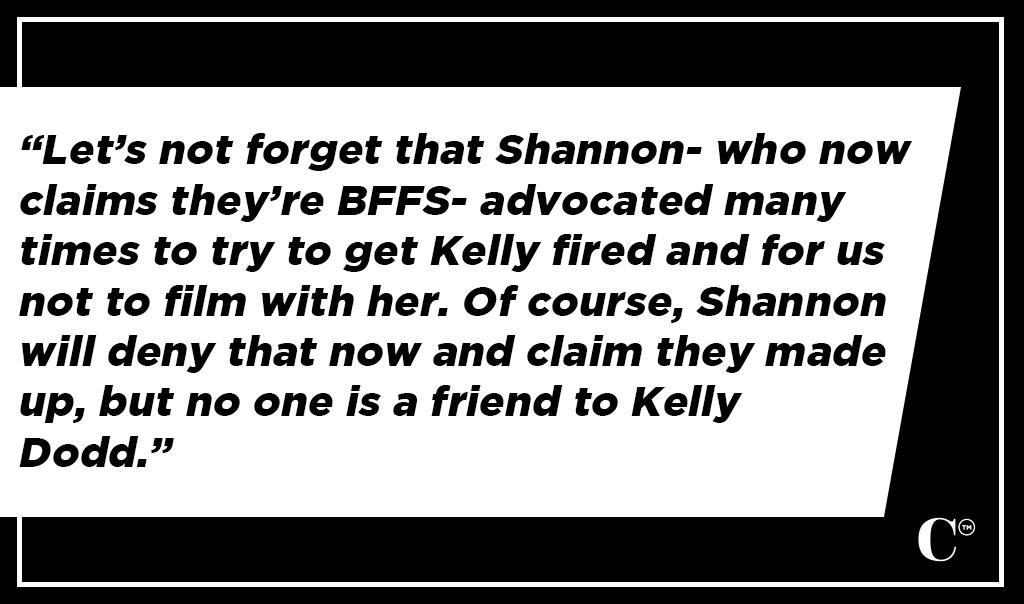 “Kelly Dod is a vile human being- if you even want to call her that,” Gunvalson continued sharing. “Let’s see how long this marriage to her new husband lasts. It seems men get tired of her antics really quickly, and who could blame them?”

“She is unstable, mean, and a danger both to her castmates and society,” Gunvalson elaborated. “Let’s not forget that Shannon- who now claims they’re BFFS- advocated many times to try to get Kelly fired and for us not to film with her. Of course, Shannon will deny that now and claim they made up, but no one is a friend to Kelly Dodd. The only friend to Kelly Dodd is Kelly Dodd.”

Vicki Wants Kelly To Stay Out Of Her Life! 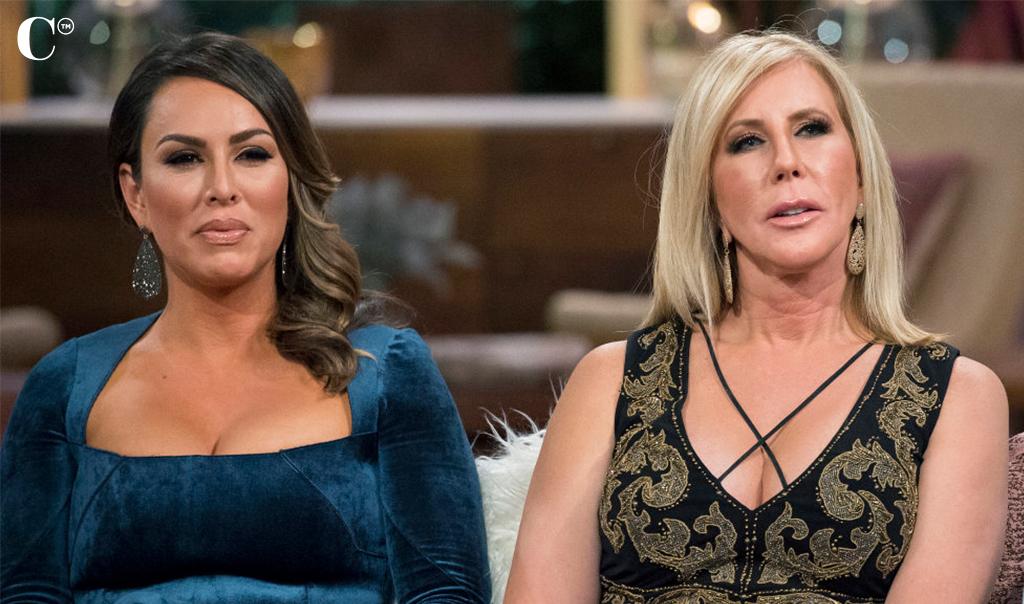 Gunvalson wrapped with a message to Dodd, stating that “Kelly, I’d advise you to stop talking about me. I’m no longer on the show so I’m not sure why I’m such a hot topic of conversation on your lips. The same goes for Shannon. Seems like you both need to start drama with the OG of the OC to keep yourselves relevant and peak viewer interest. That won’t last for long, though, as I’m not on that s–t show anymore-  you are. And from what I’ve read in the press, it seems lots of people are advocating for Bravo to fire you due to all of your antics this year alone.”

“I wish you the best of luck with dealing with ALL of that and implore you to stay out of my life,” Gunvalson added. “You are gross, sleazy, and I want no part of you.”