Vicki Gunvalson is no fan of the newest member of The Real Housewives of Orange County cast. Over the weekend, 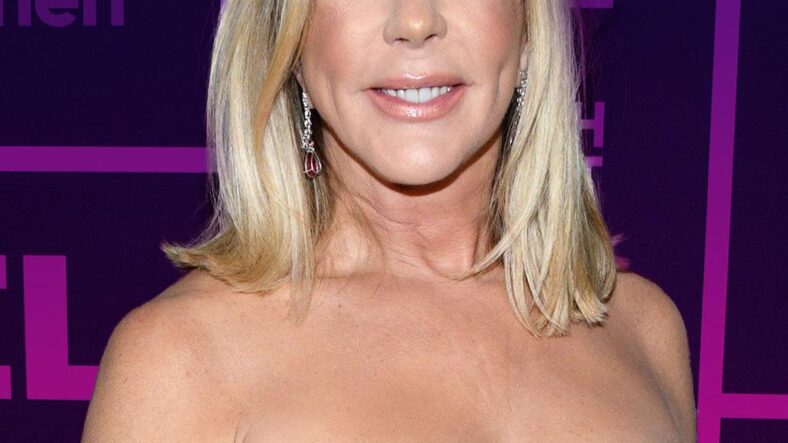 Vicki Gunvalson is no fan of the newest member of The Real Housewives of Orange County cast.

Over the weekend, after months of backlash over comments made by Kelly Dodd, in which the Bravo star has seemingly downplayed the seriousness of the coronavirus pandemic, Kelly’s new cast mate and friend, Elizabeth Vargas, took to her Instagram Stories to share her thoughts on the matter and was quickly met with a comment from Vicki.

“Everybody has an opinion and frankly, I’m disappointed in the fact that no one understands Kelly, which is fine,” Elizabeth began in a series of videos shared by Comments by Bravo on Instagram. “Kelly has her own point of view.”

As fans of The Real Housewives of Orange County likely saw, Kelly continued to travel back and forth between her home in Orange County and her fiancé Rick Leventhal‘s apartment in New York City until Rick relocated to a Fox News office on the west coast.

Since Rick relocated, he and Kelly have been facing backlash over their regular outings with friends, and the company get togethers they have hosted at the home they are sharing in Newport Beach, California.

RELATED: Vicki Gunvalson- Kelly Dodd Is A Vile Human Being

While Kelly sometimes claps back at her haters on social media, she doesn’t seem to be too bothered by the criticism she’s faced and hasn’t hesitated to continue to live her life as she pleases, despite the health risks involved.

Although Kelly may not bother too much with the naysayers, they have clearly gotten under the skin of Elizabeth, who doesn’t understand why so many have judged her cast mate.

Elizabeth continued to to her fans and followers on her Instagram Stories by saying that there was no love found amid the backlash. She then added that there’s no negativity coming from her and her friend as she encouraged those watching to “just live.”

“My point is is that we are all the same people. Why are you judging one person?” she wondered.

After watching the odd ramblings of the new Real Housewives of Orange County cast member, Vicki didn’t mince words when she reacted to Elizabeth’s comments.

RELATED: Vicki Gunvalson- Shannon Beador Needs To Shut Her Mouth Once And For All

Gunvalson and Tamra Judge Announced Their RHOC Exits in January 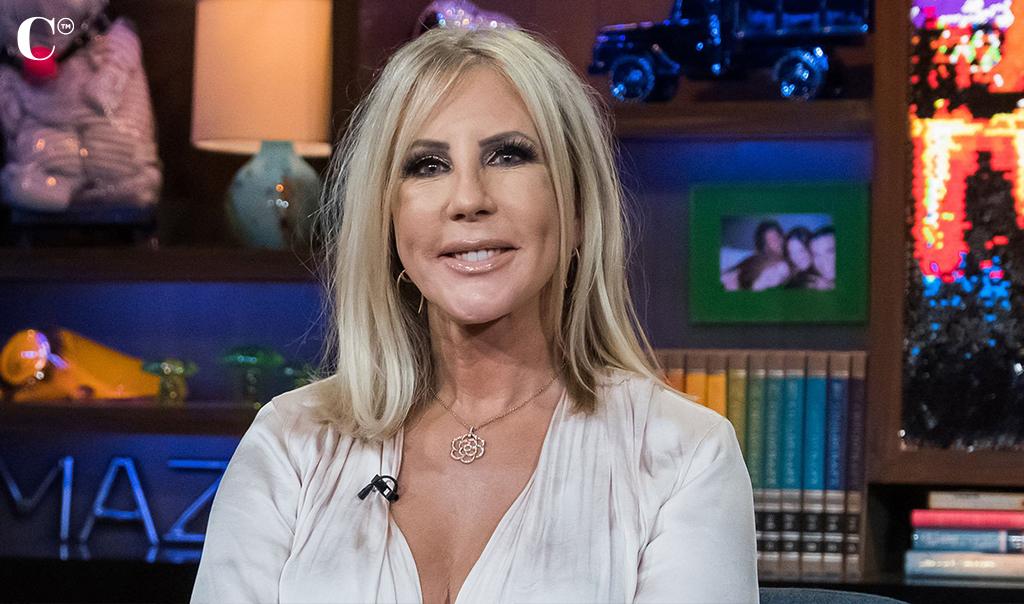 In January, after spending 14 years with the Bravo reality series, Vicki confirmed her exit on Instagram.

“I will always be the OG of the OC, but it’s time to say goodbye to The Real Housewives of Orange County,” Vicki wrote to her online audience. “It’s been an incredible ride for 14 years and I want thank all of you for your support, for your love and for ‘whooping it up’ with me along the way. I’ve been working on new projects that will be exciting, empowering and inspirational. My podcast with Westwood One will be launching soon and I will have much more to say about this on Whoop it up with Vicki. I hope you will join me with my new journey so please stay tuned.”

“I love all my fans, and I want to thank Bravo and Evolution for this incredible experience which my family and I have will never forget,” Vicki added.

Just moments after Vicki’s announcement was shared, Real Housewives executive Andy Cohen reacted with a statement of his own.

“I remember the first reunion I did with Vicki Gunvalson. Occasionally our eyes would meet as I grilled the other women, and she would wink at me optimistically and effervescently as both of her deep dimples shone. She kept winking at me year after year, and it always made my heart smile,” Andy told his fans and followers. “Vicki is an original, who remained her authentic self from her Family Van-freakout through her last reunion. It’s so hard to remain exactly who you are after being on television for so long, but Vicki is one of a kind. Thank you for everything, [Vicki Gunvalson] – what a ride. And it’s not over.”

One day later, Tamra Judge, who had been starring on The Real Housewives of Orange County since season three, announced she too was leaving the cast. 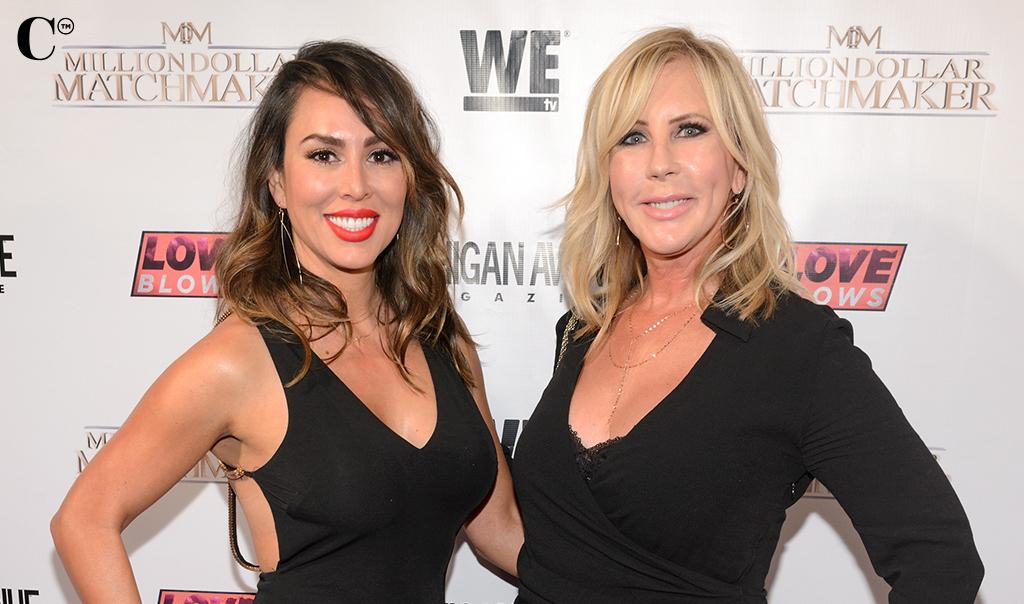 After admitting that it will be weird not filming for the 15th season of The Real Housewives of Orange County for the “first time in 15 years,” Vicki admitted on her podcast, Whoop It Up With Vicki, that it will be hard for her to watch the new episodes.

“It’s going to be hard for me to watch it. I have a sense of ownership on it and it’s crazy that I do, but I do,” she explained, according to a clip shared by Hollywood Life in May.

“My feelings have been all over the map and some days I’m like, ‘OK, good. This is the first year in 15 years I don’t have to cry every day.’ When it’s either airing or filming or my feelings are hurt about something, and then I thought, ‘I’m not ready not to cry anymore,’” Vicki explained. “It was part of the blood in my veins. It was like a natural high, filming and being a part of the cast and doing all of the press afterwards and it was just part of my DNA. I loved doing it, so then I got back to being bitter and being fortunate that I had that opportunity and now I’m kind of in the middle of the road. I’m not sad and I’m not happy.”

Vicki went on to tell her listeners that she doesn’t believe the series will do well without her and Tamra before throwing a little shade at the sudden friendship between Kelly and Shannon Beador, who was not friends with Kelly until Vicki and Tamra announced their departures earlier this year.

“There’s no length there. Kelly will say whatever she wants to say no matter what and has no recourse. Bravo brings her back every year and it’s just shocking to me sometimes,” Vicki shared.

Elizabeth Hasn’t Hit It Off With the Entire RHOC Cast 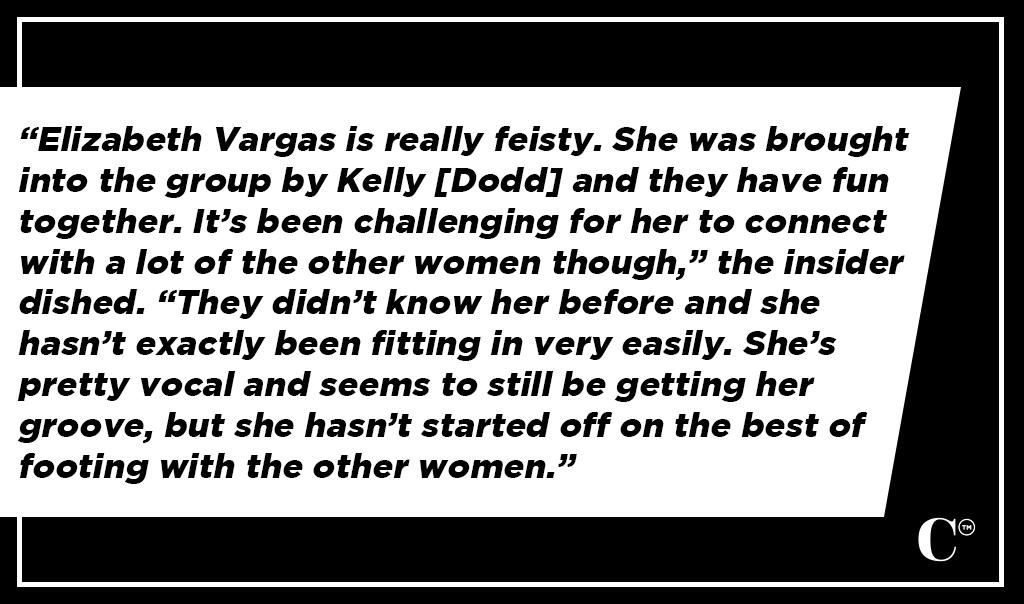 In July, amid filming on the upcoming episodes, an insider told Hollywood Life that Elizabeth was struggling to fit in with the women of the series.

“Elizabeth Vargas is really feisty. She was brought into the group by Kelly [Dodd] and they have fun together. It’s been challenging for her to connect with a lot of the other women though,” the insider dished. “They didn’t know her before and she hasn’t exactly been fitting in very easily. She’s pretty vocal and seems to still be getting her groove, but she hasn’t started off on the best of footing with the other women.”

The source also accused Elizabeth of trying to “pick fights” with the other ladies.

“The women are struggling to become friends with her. They seem open though to getting to know her better but they think she’s trying to hard to start drama and issues when they’re not there,” the source noted. “Kelly really has her back though and has been helping her get into the groove of it all. She’s unnecessarily picking fights with people to cause drama.”