Victoria Justice Is Back! She Announces First New Song In 7 Years Called ‘Treat Myself’

She’s back! Yep, after a seven-year hiatus, Victoria Justice just announced that she’s got a new song in the works, 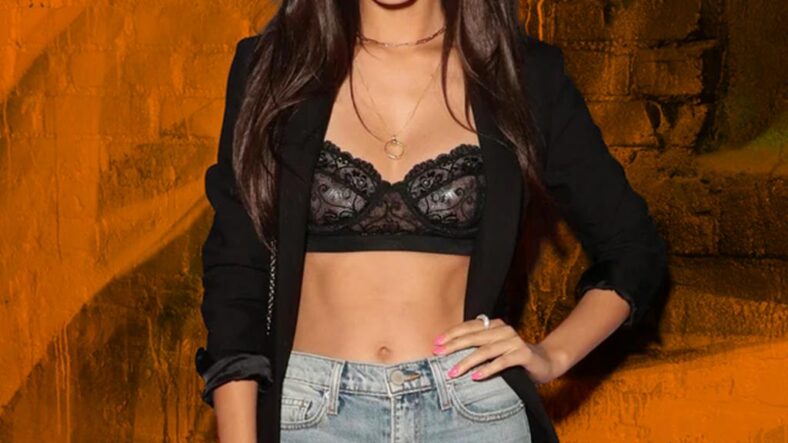 She’s back! Yep, after a seven-year hiatus, Victoria Justice just announced that she’s got a new song in the works, and we couldn’t be more excited. The singer took to Instagram to announce that the upcoming track, called “Treat Myself,” will debut on Friday, December 11.

“I made a promise to you guys and to myself that I was going to release music in 2020. My hope was to complete a full musical project and have an album or EP to release, but of course 2020 has not exactly turned out as many of us planned. And instead of overthinking all of this, I just thought. F#%! it. I’m going to just put it out there,” she wrote. “I’ve written and recorded many songs over the past few years, but this one in particular has a message that I think is more important than ever to share now.”

The former Nickelodeon star added, “I know that this year has been so hard for so many of us. We’ve been forced to spend more alone time than ever with ourselves. Which can on some days be a good thing, and other days not so good. That voice in our heads can tear us down, make us doubt ourselves and flat out lie to us. I wanted you guys to know that you’re not alone. I hope you connect with this song in some way and I hope it can also empower you. It comes from the heart and I’m so excited to finally share something with you all!”

That’s not all. You guys might want to get ready for some more new songs from Justice because she confirmed that this is just the beginning! She added, “Think of it as my gift to you, and a prelude to what will be much more music to come soon. Take it easy on yourselves, we’re all doing our best and we’re all going to get through this together. Love you all so much and words can never express the amount of gratitude I feel everyday to have your support.”

Who Exactly Is Victoria Justice? 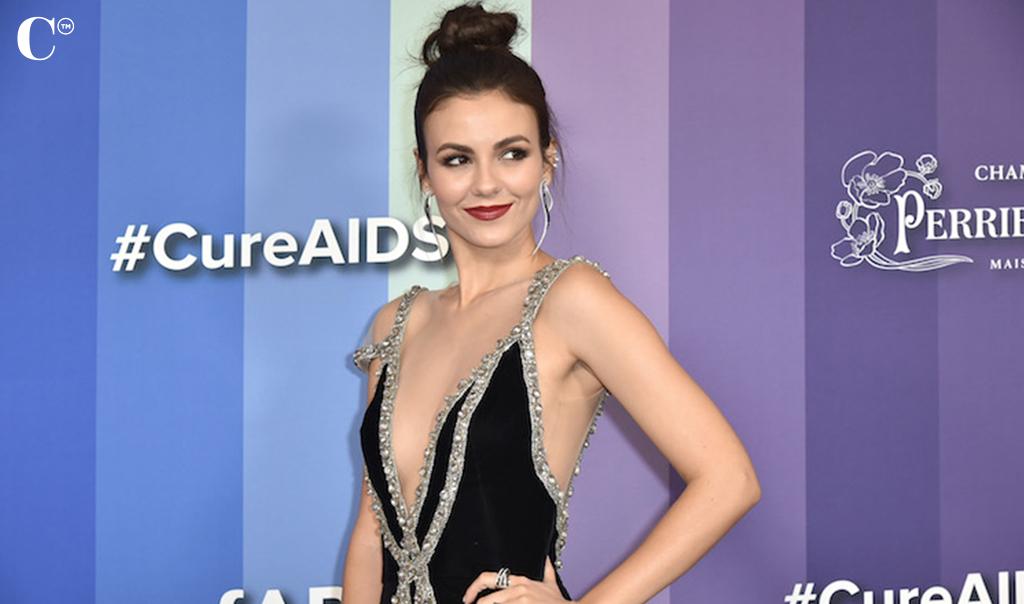 For those who don’t know, Justice first rose to fame when when she starred as Lola Martinez in Zoey 101. She also played Tori Vega in Victorious. After that came to an end, she continued to act, landing roles in Fun Size, Eye Candy, The Outcasts, The Rocky Horror Picture Show: Let’s Do the Time Warp Again, Summer Night and more. She’s currently gearing up to star in two new movies called Push and Afterlife of the Party.

As for her music career, she released her debut single, called “Gold,” in 2013. She released one more song after that, called “Caught Up In You,” but then took a hiatus from making music. She dated fellow actor Reeve Carney for almost three years, but split in 2019. Before that, she was linked to Pierson Fode, Ryan Rottman, Josh Hutcherson and Cole Sprouse.

Why Did ‘Victorious’ Come To An End? 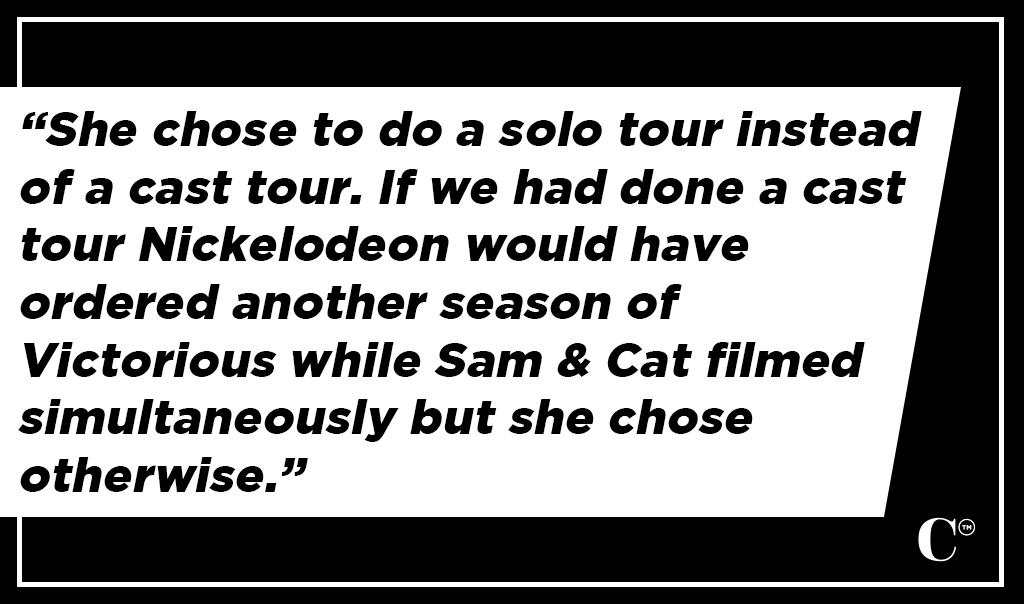 She was most famous for her role in Victorious, which also starred Ariana Grande, Matt Bennett, Liz Gillies, Leon Thomas, Avan Jogia, Daniella Monet and more. The beloved show first premiered in March 27, 2010, and went on for four seasons before it ended in February 2, 2013. But why did it go off the air, you ask? Well, after it concluded, some fans started to wonder if Grande’s involvement in the spinoff series Sam & Cat was to blame. But she responded to those rumors, and alleged that the show ended because Justice wanted to focus on her solo career.

“Sweetheart the only reason Victorious ended is because one girl didn’t want to do it,” she wrote in a now-deleted post. “She chose to do a solo tour instead of a cast tour. If we had done a cast tour Nickelodeon would have ordered another season of Victorious while Sam & Cat filmed simultaneously but she chose otherwise.”

Then, Justice responded in a now-deleted tweet. She fired back, “Some people would throw someone that they consider a friend under the bus just to make themselves look good. #StopBeingAPhony #IfTheyOnlyKnew.”

The brunette beauty later told TMZ that she had absolutely nothing to do with the Nickelodeon series getting canceled.

“That’s complete misinformation. I had no control over leaving the show or the show ending, that was completely up to Nickelodeon and the executives. And I love the cast and I loved doing Victorious,” she said.

Is The ‘Victorious’ Cast Still Friends?

Despite their drama after the show ended, everything is all good between Grande and Justice now! How do we know? Well, Justice has supported the “Thank U, Next” singer online a few times since then. Plus, the entire cast had a virtual reunion earlier this year (including the ladies), and seeing them all together again was seriously emotional. Oh, and did we mention that Grande actually brought out her former costars Gillies and Bennett during one of her Sweetener World Tour shows?! How iconic is that?! It’s clear they all have a bond that can never be broken.

Would They Ever Return For A Reboot? 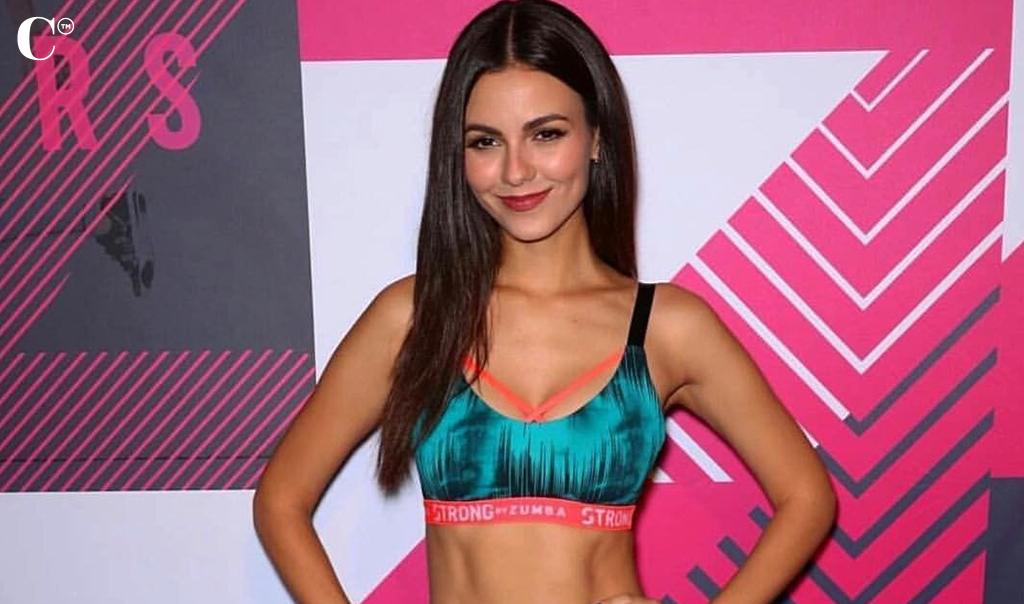 According to Gillies, the entire cast is definitely down for a reboot!

“That’s something that I always said I would clear my schedule for. No matter how much work I’m doing, or how inconvenient it would be to get it together, that’s something I feel like is really important, and we all believe that,” the actress told Zach Sang during an interview, when he asked her if she’d reprise her role as Jade West. “I think that would be amazing. I want to do it, I really want to do it. We all want to do it. I can’t see why anyone would say no. Everyone’s down, and if they’re not, they suck. If you’re the one person in the cast who’s like, ‘I don’t want to do the thing,’ f**k you.”