Victoria’s Secret Turns Out to be Ohio, Dudes and Epstein – TikToker’s Honest Take on the Lingerie Brand Resonates with Women

It's the toe-tapper of the summer: "Victoria's Secret" by TikTok star Jax. Instead of hyping everyone up to achieve hot 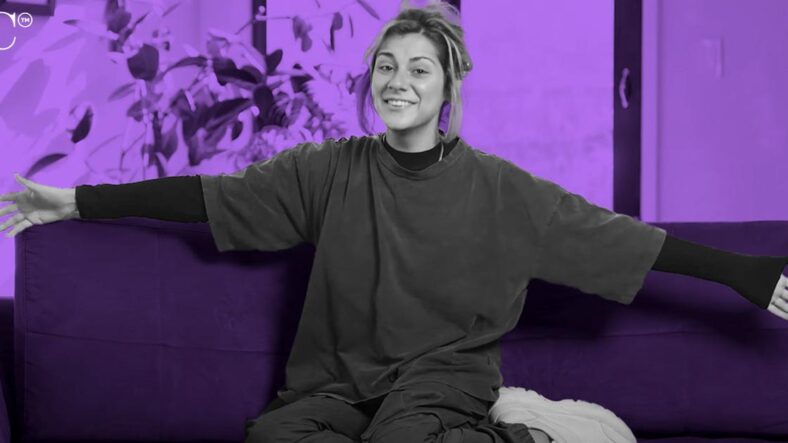 It's the toe-tapper of the summer: "Victoria's Secret" by TikTok star Jax.

Instead of hyping everyone up to achieve hot girl summer, Jax peels back the curtains and tells the world – "I know Victoria's Secret."

The honest but playful anthem addresses body dysmorphia, eating disorders and more – and it's resonating among women of all ages.

She’s an Old Dude that Lives in Ohio

Come in and indulge your feminine fantasies. This is for you; you can feel good about yourself and look good – you don't need a man in the way of your empowerment.

That was the message Victoria's Secret sent the world when it opened. Created by Roy and Gaye Raymond, it was ostensibly a complement to the women's liberation movement of the time – women could own their sexuality and desirability, in a woman-friendly environment.

But as Jax's hit summer song reveals, Victoria's Secret isn't her lingerie – it's the fact that it was created by a man, and has capitalized on and exploited the insecurities of women for decades.

Until very recently, Victoria's Secret sold an image: a slender, sexy woman with a large chest, looking confident – and uncomfortable – in her lingerie.

Jax, a babysitter whose playful and clever songs on TikTok have earned her nearly 11M followers with @jaxwritessongs, decided to stop playing along and tell what Victoria's Secret really is; "she's an old man who lives in Ohio, making money off girls like me."

In the song, Jax explains that the company is, "cashing in on body issues, selling skin and bones with big boobs," adding, "I know Victoria's Secret; she was made up by a dude."

The song touches on the pressure she experienced as a young woman, including resorting to not eating to stay slim, has struck a chord with many women in their 30's and 40's who grew up during the height of the "skinny craze" of the '90s.

"Victoria's Secret" even takes a moment to nod to the ties between Raymond and infamous pedophile and sexual predator, Jeffrey Epstein.

If the Song is True, Why Did Women Buy Into the Lie?

A new documentary on Netflix, "Angels and Demons," explores the brand's rise, fall, and how it grabbed hold of a society of women teetering between empowerment and the traps of their elders.

CNN writes, "Alongside the examination of Victoria's Secret as a culture-making brand, 'Angels and Demons' also delves into the company's links to the late Jeffrey Epstein, the disgraced financier charged in 2019 with sex trafficking underage girls. According to the documentary, Epstein had been a close business partner and personal friend of [former CEO Leo] Wexner's and allegedly used the brand's cache to meet young women under the false pretense of recruiting for shows and campaigns. The series includes an interview with Alicia Arden, a woman who said she believed she was interviewing for a job as a Victoria's Secret catalog model in 1997 but was instead assaulted by Epstein at a hotel in California."

According to an attorney representing Wexner, once this was discovered Epstein was told never to publicly associate himself with the brand ever again. Of course, this all happened after Arden's assault came to light – and may have continued in private for years with a wink and a nod.

But why did it work so well? Why did women – intelligent, confident, otherwise empowered – buy into the lie of Victoria's Secret?

With the rise of the women's liberation movement throughout the '70's-'90's came frustration as women who were previously focused on pleasing the men in their lives started considering their own pleasure. Victoria's Secret was part of a culture – later joined by entertainment like Girls Gone Wild – which sold the idea that a woman claiming her sexuality was tied to her desirability.

Victoria's Secret promised their customers would feel confident and empowered – because they were desirable.

In retrospect, it's clearly a backwards approach. But it worked, because the culture of the time assigned morality to weight and scolded women who stepped outside of the aesthetic boundaries.

Now, however, young women are realizing that their self-worth can't be bestowed by anyone or anything they do – and companies like Victoria's Secret have had to adjust on the fly.

The company hit an ultimate low in 2019, per CNN, "But the megabrand's eventual demise — following years of controversy — came to a head in 2019, shortly after Victoria's Secret chief marketing officer Ed Razek told Vogue he didn't believe 'transsexuals' belonged on the brand's runways 'because the show is a fantasy.' The explosive interview, in which Razek also said there was no public interest in a plus-size Victoria's Secret catwalk, sparked public outrage and model mutiny."

Of course, part of the "fantasy" that they were selling included barely-legal models with child-like features carrying lollipops and wearing childish outfits pounding the runway.

Eventually, the public began talking out loud about the discomfort this inspired – and Victoria's Secret cleaned house, taking a new approach.

Now, if you visit Victoria's Secret's Instagram, you'll see models of all sizes, orientations and races.

The Angels are a thing of the past, and the company is working overtime to provide products to women that they feel good in.

But the company's reputation has forever been tarnished for generations of women who remember starving themselves to fit an ideal, being sold on the lie that their self-confidence could come at the gaze of others and hating themselves for not fitting the image.

For those women – of all ages – Jax's song is the honest song they've been needing for a lifetime.