Louis Vuitton’s Spring/Summer Men’s collection is a work of pure art, thanks to lead designer Virgil Abloh. The superstar designer

Louis Vuitton’s Spring/Summer Men’s collection is a work of pure art, thanks to lead designer Virgil Abloh. The superstar designer always hits his collections out of the park, stunning with his signature combination of form and function, but the ’22 collection may be one of his best yet. The line itself is a nod to American artist, activist, and rapper Lupe Fiasco, and boasts both a strong solid black and white background and a brilliant splash of colors like royal blue and crimson red. The inspired collection was heralded by a 16-minute video which told the interpretive story of Fiasco’s life, alongside showcasing Abloh’s designs. 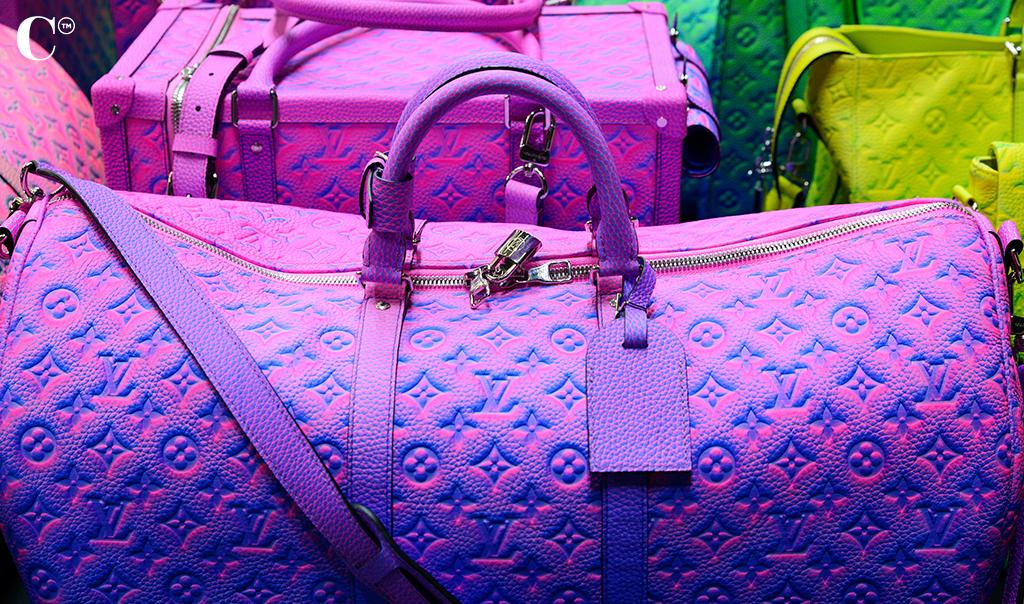 The Louis Vuitton Spring/Summer Men’s collection, inspired by Fiasco’s life and story, is a masterful blend of the black and white, and colorful. The collection introduces a wide variety of coats, and most of them include waist-ties. Also a feature are Lincoln-esque tall hats, floppy as opposed to the rigid one the former President favored.

Several pieces include the dazzling royal blue, and run the gamut from sporty to formal. Also interspersed among the somber black pieces and sleek panels are pops of red. One piece, a calf-length red leather trench coat, is an eye-catching addition to any bold fashion-lover’s wardrobe.

Abloh, aside from pushing color and design conventions, is bucking gender norms this season too. Several of the men’s collection outfits include long skirts; some pleated in the fashion of a samurai skirt, others more straight-paneled and modern. When the collection hit Paris for Fashion Week, Abloh wanted to encourage a new approach to fashion.

The Guardian shares, “In the show notes, the designer calls for an end to ideas of male and female in favour of a ‘human’ approach to dressing. ‘Antiquated ideals like dress codes and gender fade away in favour of a universal call for peace and love,’ he writes.” 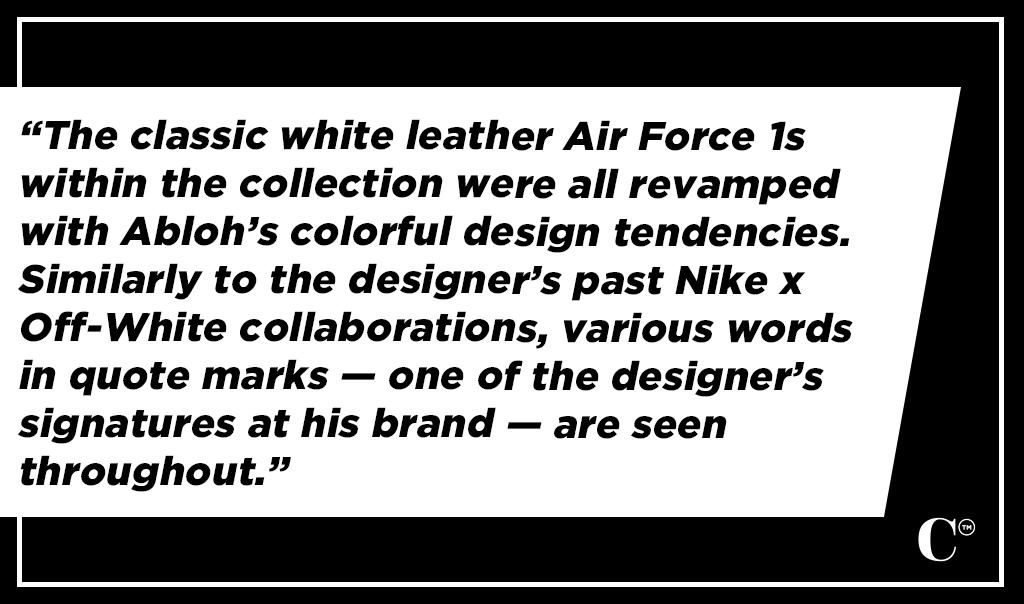 To introduce his vision for the collection, a 16-minute video combines the collection’s best pieces with the interpretive story-telling of Fiasco’s life. The video is breathtaking, and stops viewers in their trackers. Directed by Mahfuz Sultan, the video explores the concept behind transmission; passing something from one person to another. In this case, passing revolution, change, and hope. The film is titled Amen Break, and features GZA, Goldie, Saul Williams, Issa Perica, Caleb Femi, JIM JOE, Kandis Williams, Thelma Buabeng, Octavia Burgel, Lupe Fiasco, Julian Eugene Tsukasa Williams, Damian Eugene Nagisa Williams, Shabaka Hutchings and Malik Le Nost.

The video’s site explains, “It is a story of about a father and son united by an unnamed loss, crossing a dream world to deliver a message to the other side. Along the way, adversaries conspire against the child, heroes emerge to guide him, and great sacrifices are made to get him across the divide. The film observes life’s supporting figures: those who embark on long journeys to make the passage less difficult for those who follow; who fight the battles for the future of others, break the bound – aries [sic], and dismantle archetypical notions. Metaphorically informed by the Amen Break – the singular, little-known drum break that would become a founding factor in hip-hop and jungle, and go on to be sampled in thou – sands [sic] of tracks in its aftermath – the film reflects on a historic moment in Black art and culture when electronic music and hip hop emerged like twins from the same egg, and trickled into every part of the globe.

The film’s narrative is an abstract inter – pretation of the story of Lupe Fiasco, the American fine artist and rapper, who grew up on the Southside of Chicago amid the gang turbulence of the 1970s and ‘80s. Determined to offer another way out for young people in the area, Fiasco’s father – an African drummer and member of the Black Panther Party – organised martial arts studies as an alternative path. By employing the philosophical values of martial arts as a solution to the problem, Fiasco impacted a generation of kids with ideas of peace, understanding and empow – erment. A local legend, his work in the community served to neutralise archetypical preconceptions and open a gateway of oppor – tunity previously obscure.”

While the site’s description is helpful in interpreting the vision on screen, it’s better to see it than read about it. The entire video is visually stunning and engaging, and Abloh’s designs are a perfect backdrop of individualism and creativity in the overall theme of passing change and thought from one group to another. 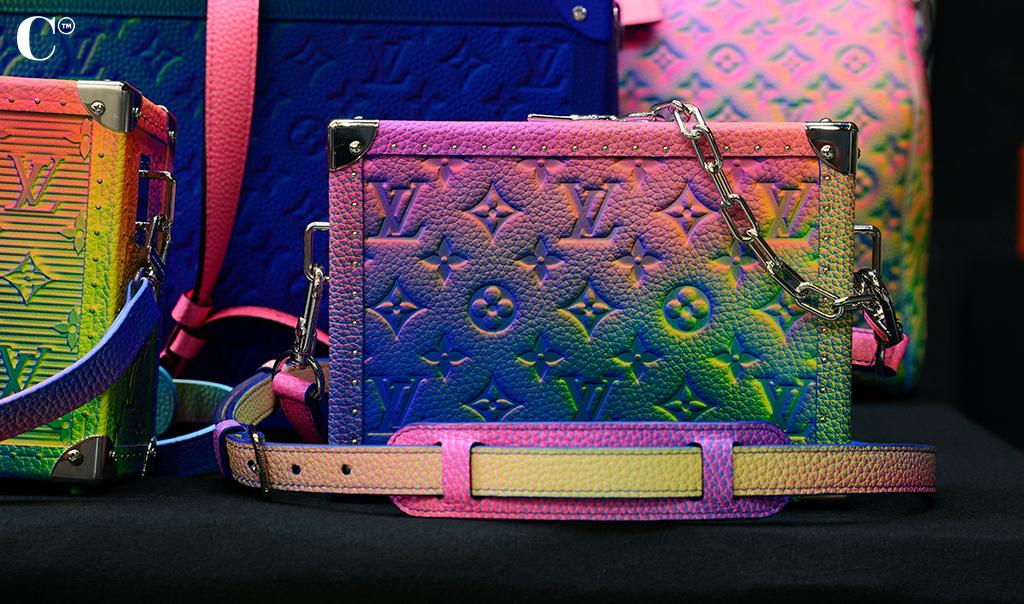 The response online to the newest collection is, as with almost every Abloh design, wild acclaim. Abloh’s ability to blend satire and critique of society with his creative visions for fashion and expression always births something fantastic. And the Spring/Summer collection is no different. Also included in the collection is a sporty collab with Nike. Abloh is lead designer for Off-White, and was tapped to create a luxury version of Nike’s Air Force 1s. They appear in the Spring and Summer collection as a colorful, sporty, inspired addition to the LV family.

FN shares per MSN, “The classic white leather Air Force 1s within the collection were all revamped with Abloh’s colorful design tendencies. Similarly to the designer’s past Nike x Off-White collaborations, various words in quote marks — one of the designer’s signatures at his brand — are seen throughout. The sneakers’ soles boast ‘Air,’ while the laces are marked with ‘Lacet’ (the French word for ‘laces’). The laces are reminiscent of the ‘Shoelaces’ laces from Abloh’s collaborations on the sportswear brand’s Air VaporMax, Zoom Fly SP and neon Air Force 1 styles, seen in his 2017 ‘The Ten’ design project, where he redesigned 10 signature Nike sneakers.”

With the Spring/Summer collection a thoughtful blend of luxe Nike, Fiasco’s life story, Ablohs vision for individualism and hope, and the practical but whimsical world of Louis Vuitton fashion, fashion lovers everywhere can rejoice with the chance to add these pieces to their collection. And if you’re a lover of coats with waist-ties, this is your year.