Adam Neumann. The tone one uses to utter his name depends entirely upon two things: who is saying it, and 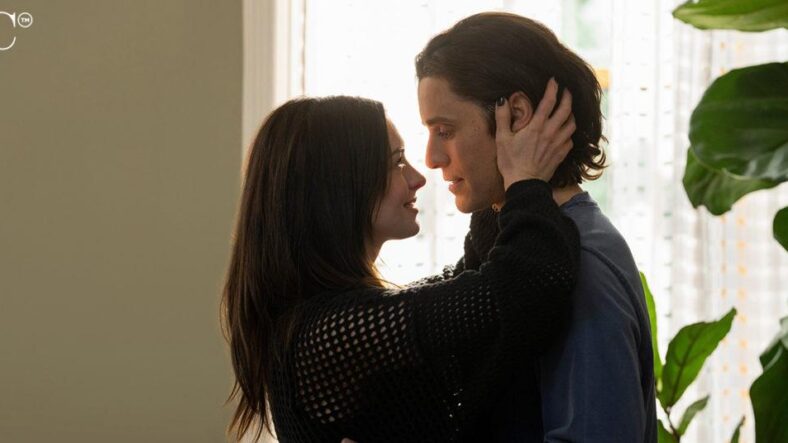 Adam Neumann. The tone one uses to utter his name depends entirely upon two things: who is saying it, and when they are saying it. In the mid 2010’s most said it with reverence and respect. Fast forward to the late 2010’s and some said it with animosity and rage.

Neumann is one half (or one-third, depending on who you ask) of WeWork, the company who brought shared workspaces to offices all around the globe. It brought Money (with a capital ‘M) to some, disaster to others and loss to a great many along the way.

The story of how serial entrepreneur  Adam Neumann came to head up a $47-billion company, fool the smartest businessmen the world over, and ended up with more money than the top 1% of the country… Well, that is the stuff that makes television drama writers drool . In this case however, it happens to be true and it’s all the subject of the new Apple TV+ series “WeCrashed.”

The Couple at the Core of the Crash 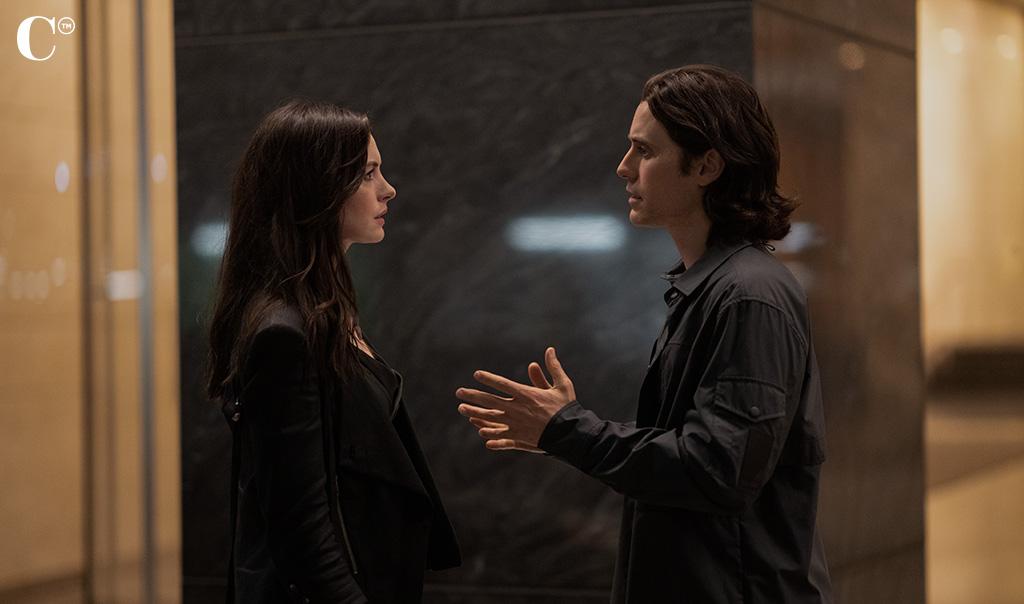 Jared Leto is Adam Neumann. Anne Hathaway is Rebekah Neumann, Adam’s wife and Kyle Marvin is Miguel McKelvey. The three are the major players behind the story and the series. Though, for the record, it is Adam and Miguel who actually start WeWork. Rebekah would become the third-wheel as it were in real life. In the series, she is much more (more on that later).

“WeCrashed” first starts at the beginning of the end of Adam’s reign at WeWork, circa 2019. Episode one starts with his board forcing him out of his own company. It’s an effective choice to start here because if you aren’t hooked as a viewer by this opening scene, chances are you are not going to be. 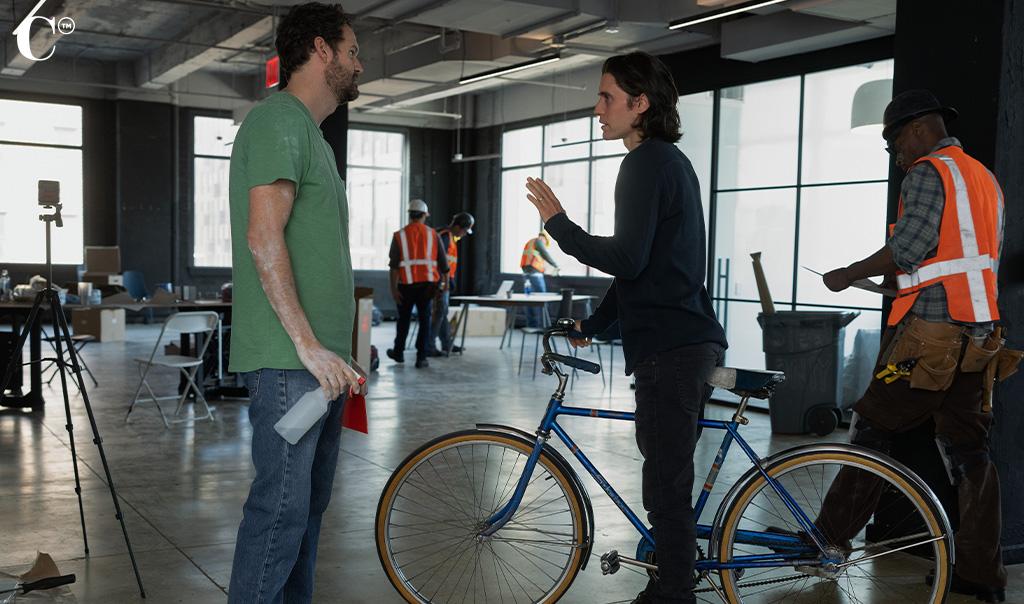 Cut to a dozen years earlier and then the audience gets to see how Adam Neumann became Adam Neumann. It is important to note that “WeCrashed” comes right out of the gate to say that the series is based on actual events. Of course there are liberties that are taken, this is a drama after all. But, only those who are really familiar will know where those liberties are taken.

To be clear, Neumann did try his hand at knee pads on clothes for crawling babies, collapsible high-heels and he did run a company that at one point was losing $2.4-million dollars (pause for dramatic effect) a day. Those things did happen and are not dramatic elements.

For the record, it’s this critic’s opinion that Jared Leto is one of the utmost gifted actors in Hollywood today. His stories of method acting on the sets of some of the biggest Hollywood movies are the stuff legends are made of.

But, back to the point. Leto did use method acting while in the six month production of “WeCrashed.” In fact, onscreen wife Anne Hathaway says she didn’t even meet the real Jared Leto until the two came together to screen the first episode of the series at SXSW earlier this week.

As Neumann, Leto is solid. But he’s not great. This isn’t because Leto cannot rise to the role. On the contrary, it felt like he was being wasted on the role. Neumann called himself a “serial entrepreneur,” but really he was a “serial bullshitter.” If there was a value placed on his efficacy of spinning a yarn it would be much, much higher than WeWork was ever valued at.

Neumann is at heart a salesperson and as such his gift of gab is off the charts. He was extraordinary at this ability. And while this is a valuable asset for business, as a person it makes him one dimensional. It’s for that reason that Leto was far too good for this role.

But, hold onto whatever device you happen to be reading this from because your mind is about to be blown. WeCrashed isn’t all about Adam. On the contrary, it is about as much about Rebekah as it is Adam. And for that the series turned to Anne Hathaway.

Behind Every Great Man… 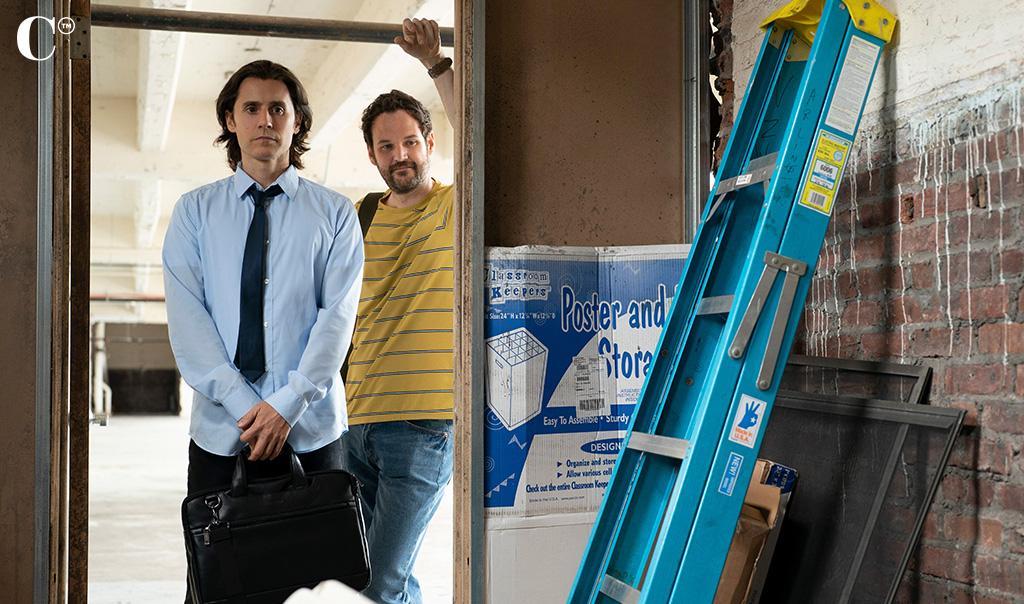 As the saying goes, “behind every great man is a great woman.” That is certainly the case for Adam and Rebekah. We will leave others to debate whether WeWork would have been half the story (success or failure) without Rebekah. As for the series, it is 100% true. While the first episode focuses mainly on Adam, the next few elevate Rebekah to equal footing, and at times narrowing solely on her.

Whether it’s Rebekah’s constant comparison to cousin Gwyneth Paltrow, or a gigantic misstep of a statement made at a company retreat, Rebekah is far from the role she tries so hard to project.

Hathaway embodies Rebekah wholly, almost to the point that it’s laughable. That isn’t a jab on Hathaway. It’s how Rebekah was perceived in the public eye during the height of WeWork. 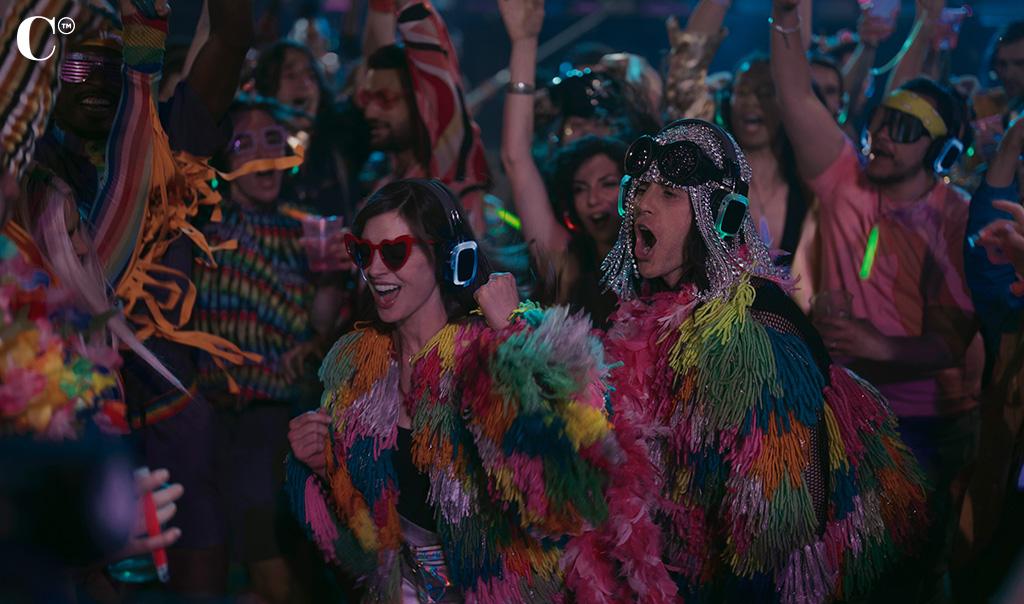 “I am the soul of the company,” Rebekah says in the series. As sad as it is to say it, the moment is funny, but for all the wrong reasons. She actually believes it and Hathaway sells it with conviction and of course, a welling up of her big pool-sized eyes of tears.

Yes, the series is about the rise and fall of a multi-billion dollar startup company. Yes, it’s a tale of how some rich people got even richer while the little guy went from chump (little ‘c’) to Chump (capital ‘c). But, it is also a love story. A dysfunctional, co-dependent and wildly ridiculous love story.

Overall, the series does what it sets out to do – dramatize a real-life event. Yes, the event happened to be in the pop-culture zeitgeist for a few years, and yes it may have even been the reason we all looked up what the acronym for IPO is. But, WeCrashed could have been told more concisely. There is certainly a fair amount of fat that could have been cut from the series (not unlike the company itself).

This isn’t an easy answer.

If you count yourself among the following people then I say stream it: Leto fans, WeWork nosy Nellies or those who want to be reminded that rich people are suckers too. Believers in Karma will certainly have a lot to discuss about WeCrashed.

If you are easily infuriated by the capitalism of our country, you will not enjoy this series. Though, the ending of the series, not the real story, may be exactly what you need.

“WeCrashed” premieres on Apple TV on Friday, March 18 with the first three episodes. Subsequent episodes will be released every Friday through April 22.