What You Need to Know About COVID’s New Quarantine Period

In early November, Americans looked at the upcoming holidays and felt hope. The Delta variant of COVID-19 was waning and

In early November, Americans looked at the upcoming holidays and felt hope. The Delta variant of COVID-19 was waning and Omicron was out there, but not a major concern yet. However, as the month wore on and became December, people started changing their plans around a little and making backups. By Mid-December, Omicron was everywhere, and people were worried that the holidays would be a travel nightmare.

That worst case scenario did play out for many as thousands of flights were canceled and people were left stranded. In the midst of it all, the CDC announced that they were shortening the quarantine period for COVID from 10 to 5 days – but people have consistently misinterpreted. From what you need to know about the new quarantine procedure to what went wrong in the skies around the country, CELEB takes a look at the state of COVID heading into the New Year. 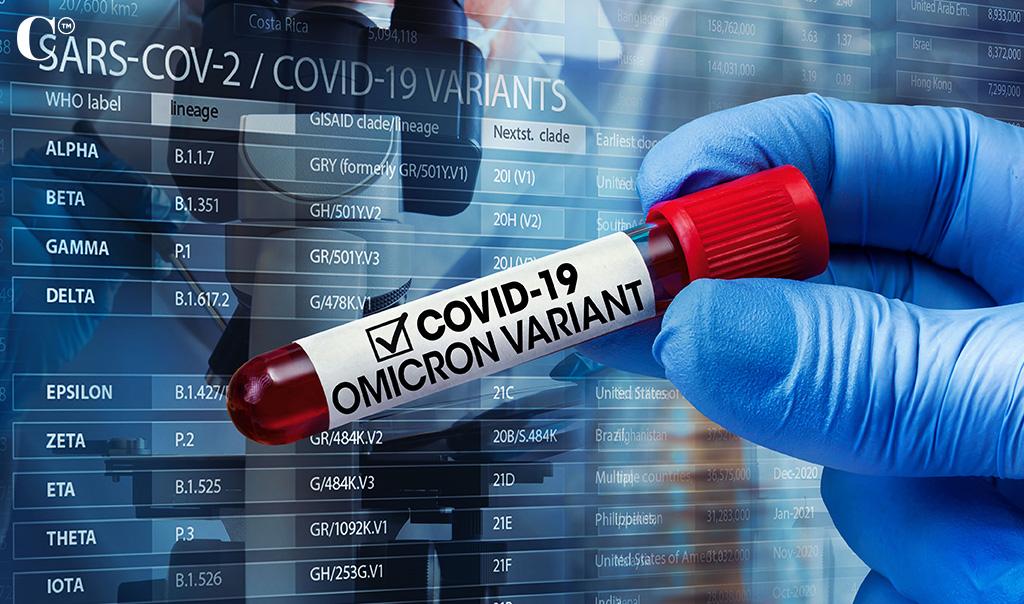 Over the holidays, the CDC threw everyone into a state of confusion after announcing a reduction of the quarantine period required for those who test positive for COVID. In the wake of the announcement, online comment sections are flooded with people slamming the change and misinterpreting what it means. Clearly, their messaging leaves something to be desired. So in the simplest terms, what does the new quarantine procedure mean for you? Let’s break it down:

Basically: 5 days is the new 10. As long as your symptoms are improving, you should only need to quarantine for 5 days in a worst case scenario – or until 24 hours after your fever resolves, whichever period of time is longer. This is a boon to workers worried about missing a paycheck and businesses struggling from a quarantined workforce.

The new recommendations come from what we now know about the Omicron variant – now the dominant variant in the US – and how it transmits. Research has shown that people are the most contagious in the 1-2 days before symptoms show and the 2-3 days after. This new recommendation allows for asymptomatic people who have received their full vaccine regimen – including a booster – and who were exposed but don’t test positive to resume life as usual, something prior iterations of the recommendation left out. This may encourage the vaccine-hesitant to take the plunge, considering one of the rallying cries against COVID quarantine has been “if I’m not sick, why do I have to quarantine?” Well, now – with two vaccines and a booster – you wouldn’t have to. The new recommendation may be life-changing for those who have had repeated exposures but haven’t gotten sick and would like to stay at work.

To read the CDC media release and get more information, visit the website. 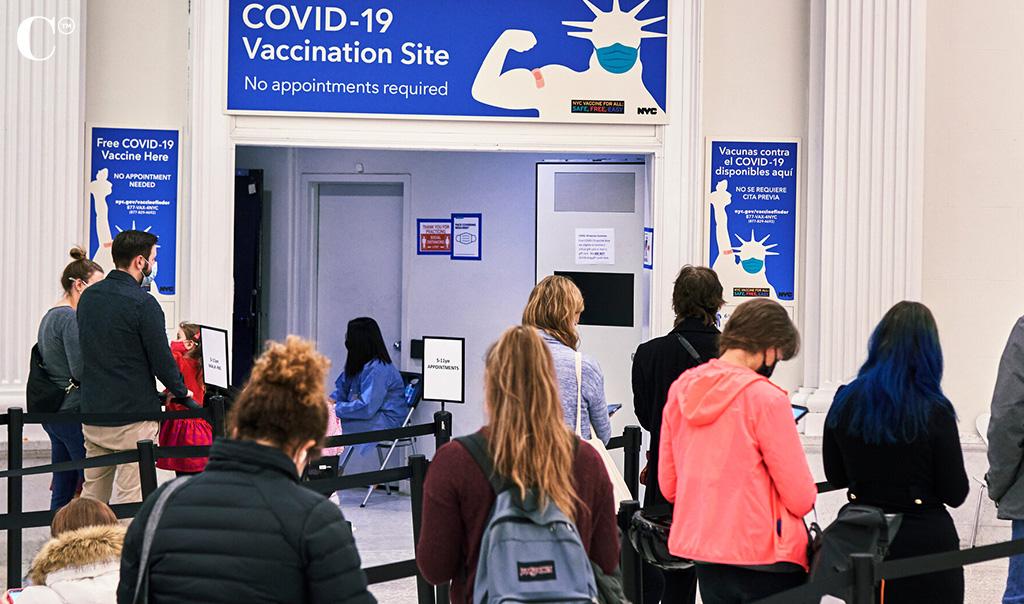 Unfortunately, the CDC’s recommendation comes with a caveat: testing. Testing is the key to tracking the virus and making sure people who have contracted it stay home and don’t spread it to the vulnerable. But in order to test, you have to have a test available. There’s a shortage of tests in the United States right now and frustrated people are turning to the government for answers.

So why is this happening? In Europe and other parts of the world, tests are not only plentiful, they’re free. People have a surplus that’s easily accessible so they can test as often as they want – even daily. Why then, in the United States, are testing shelves bare and even testing centers scrambling to keep up with demand?

NPR reports, “The answer goes back to the U.S.’s approach at the start of the pandemic. The U.S. government — under both Trump and Biden — didn’t oversee and pay for universal at-home testing the way it did with vaccines.

While the government does pay for the more-expensive PCR lab tests for anyone who is uninsured — and has required insurers to cover them with no co-pay since the start of the pandemic — it hasn’t put a similar system in place for at-home rapid tests.

And [Susan] Van Meter [executive director of AdvaMedDx] says until now, it’s been up to test makers to forecast demand, which has been unpredictable. But recently, the federal government made big investments in manufacturing and placed big orders. That makes planning production much easier.”

Now, the Biden administration has pledged to send half a billion tests to people’s homes, making sure the tests are readily available for anyone who needs them. Due to this effort, test makers are able to ramp up their production and hopefully the test shortage will ease in coming weeks. The hope is that enough tests will be available to allow kids who would otherwise miss school and workers trying to avoid missed money to test as often as they’d like – even daily – to avoid spreading the virus but not miss out on life unnecessarily. The United States’ lackluster support for tests, including delayed approval and a lack of cohesive federal support for testing, has caused a severe shortage right when people need it most. The blame lies across two administrations, but it will be up to the current one to fix things as soon as possible.

Chaos in the Skies 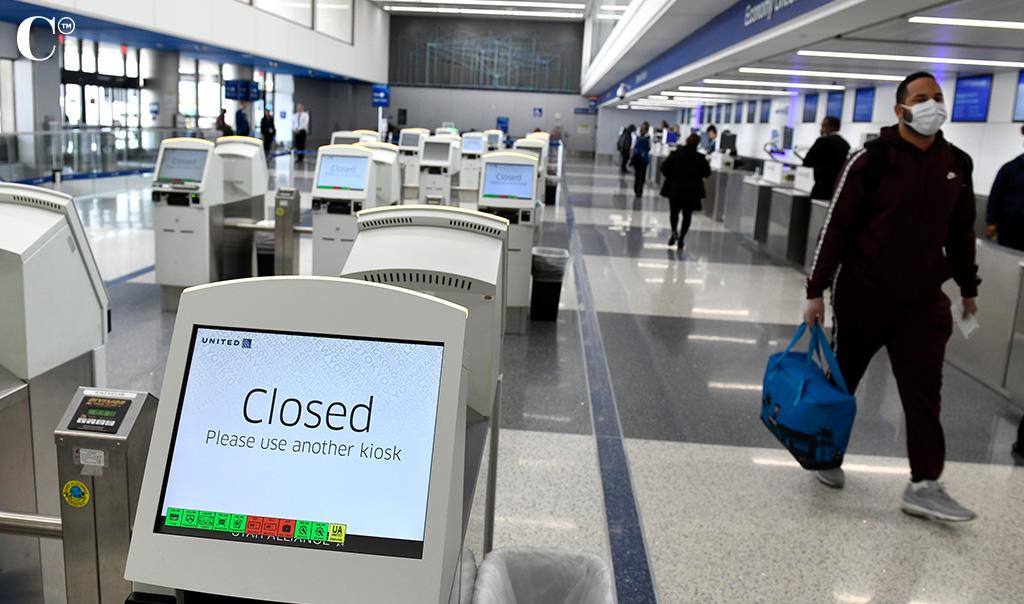 As the surge in Omicron met the surge in holiday travel, chaos erupted in airports across the United States over the weekend. 6,000 flights were canceled Christmas Eve, Christmas Day and Sunday December 26 – and things have not gotten better since then. 3,260 flights were canceled Monday and so far on Tuesday morning, 2,400 flights had been canceled with more expected. And although Dr Anthony Fauci has recommended a domestic flight vaccine mandate which would potentially lessen travel woes, that has not happened yet. The Biden administration has been historically hesitant to impose any kind of mandate, encouraging governors to pivot to their state’s individual needs instead.

NBC reports via MSN, “The major airlines blamed the spread of the omicron variant of the coronavirus for the disruptions, namely the 10,000 flights canceled around the world over Christmas weekend.

Delta, United, JetBlue, Alaska and other prominent airlines blamed Covid-19 infections and the highly transmissible omicron variant for the travel woes. Flight crews were thin as many employees called in sick.

In a statement Sunday, Delta said ‘winter weather in portions of the U.S. and the omicron variant’ were taking a toll on the airline’s holiday weekend flight schedule.”

It was a perfect storm of weather and virus, and people were stranded – either at home, unable to make it to family celebrations or with family, unable to return home. Because roads were closed in many parts of the country due to the weather, that compounded the inability for many to return home. Hopefully the change in quarantine procedure will allow staffing shortages to ease and roads will melt – but it’s a grim reminder that as we enter the third year of the pandemic, things are not yet better.