The world was spellbound by the trial of Elizabeth Holmes. Clever, charming, not the face you’d expect of a high-profile 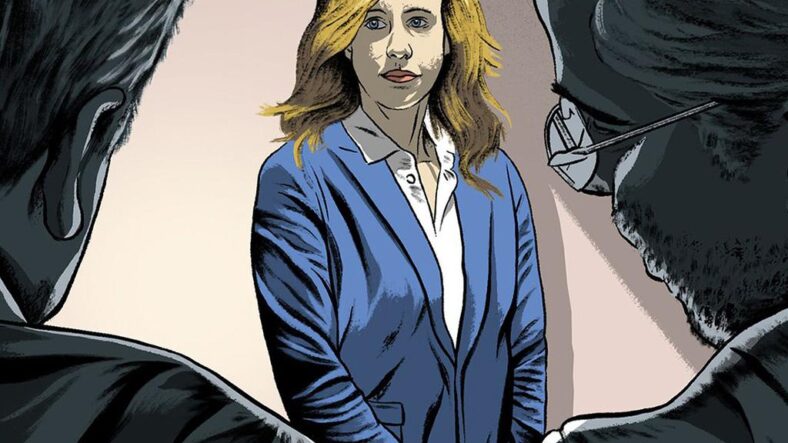 The world was spellbound by the trial of Elizabeth Holmes. Clever, charming, not the face you’d expect of a high-profile fraudster; Elizabeth Holmes represented more than the founder of her now-defunct Theranos company. She represented holding people accountable for making big promises that they have no intention or ability to keep. It’s a simplistic way to look at it, but as people tuned in day after day to watch Holmes’ trial proceed, they wondered – what would justice look like here? Now, we have our answer. Here’s what the verdict was in her trial, and what’s next for the founder of Theranos.

Once upon a time, Theranos promised blood tests that were painless, and “accurate, fast, reliable, and cheap blood tests and test results.” As it turns out, the company couldn’t deliver on their promise, but kept taking money from investors and customers. There was no shortage of disgruntled people watching the Holmes trial and waiting for the verdict.

That verdict was handed down on Monday after a 15-week trial that captivated a country. Holmes was found guilty on four charges of defrauding investors, and not guilty on three additional counts.

CNN reports, “Notably, the jury of eight men and four women determined that Holmes was guilty on counts pertaining to investors, but none of the counts that pertained to defrauding patients. Over the course of its 11-week case, the government called just three patient witnesses to the stand, two of whom were individually tied to wire fraud counts. The jury deliberated for over 50 hours before returning a verdict on eight of the 11 charges. Earlier Monday, the jury returned a note indicating they could not reach a unanimous verdict on three of the counts. In response, Judge Davila issued what is known as an Allen charge, instructing them to continue deliberating to try to reach a verdict.

However, hours later, the jury returned another note that indicated it remained unable to reach a verdict on those counts. The counts pertained to three of the investor wire fraud charges.

The verdict comes after a trial that spanned over three months at a federal courthouse in San Jose. More than 30 witnesses testified during the trial, culminating with Holmes, who took the stand for seven days in her own defense.” 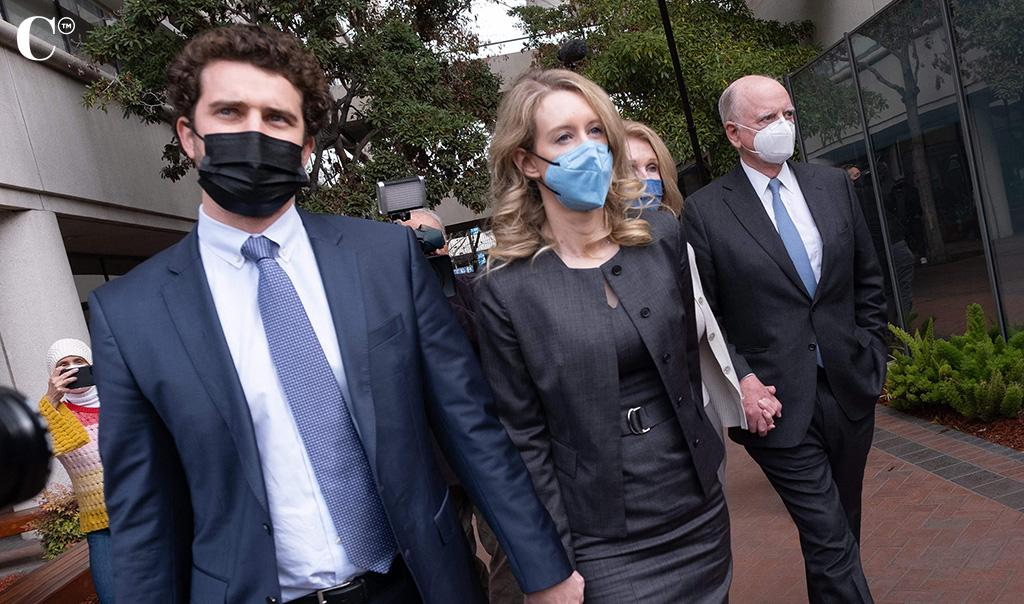 How did the tech icon get here, though? Once respected, Elizabeth Holmes’ fall from grace was a long one. Born February 3rd, 1984, and raised in Washington D.C. and Houston, young Holmes spent some time in China during high school. But even before traveling abroad, a 7-year-old Holmes tried to invent a time machine, competed like everything was life-or-death, and somberly professed to family a dream to become a billionaire. Per Business Insider, “Inspired by her great-great-grandfather Christian Holmes, a surgeon, Holmes decided she wanted to go into medicine. But she discovered early on that she was terrified of needles. Later, she said this influenced her to start Theranos.”

Holmes attended Stanford, but ended up dropping out to found Theranos, a company dedicated to minimally-invasive blood tests. Traditional blood tests require a vial, but Theranos promised to only need a few drops. The appeal was immediately obvious. In 2013, Walgreens partnered with Theranos and by 2014 they were rolling out hundreds of tests and were licensed in all 50 states.

But by 2015, questions were being raised about Theranos’ proprietary testing system, called Edison. Media attention revealed that Theranos was in fact not using its own system to process results, and The Center for Medicare & Medicaid Services (CMS) said they did not feel confident that the documentation provided to them proved the efficacy and function of their patented testing device. As a result, the CMS blocked Theranos from receiving government reimbursements, which was the beginning of the end for the company that was flooded with questions now – and had few answers.

Brittanica shares, “In March 2018 the U.S. Securities and Exchange Commission (SEC) charged Holmes and Theranos’s former president, Ramesh Balwani, with fraud by taking more than $700 million from investors while advertising a false product. Holmes settled the charges with the SEC by agreeing to pay a fine of $500,000, surrendering almost 19 million shares in Theranos to relinquish her controlling interest in the company, and consenting to be barred from serving as either an officer or director of a public company for a period of 10 years. In exchange, both Holmes and Theranos were able to avoid either admitting or denying the SEC’s allegations against them. In June 2018, however, she and Balwani were indicted for wire fraud by federal authorities. That same day Holmes stepped down as CEO, and later that year Theranos ceased operations.” 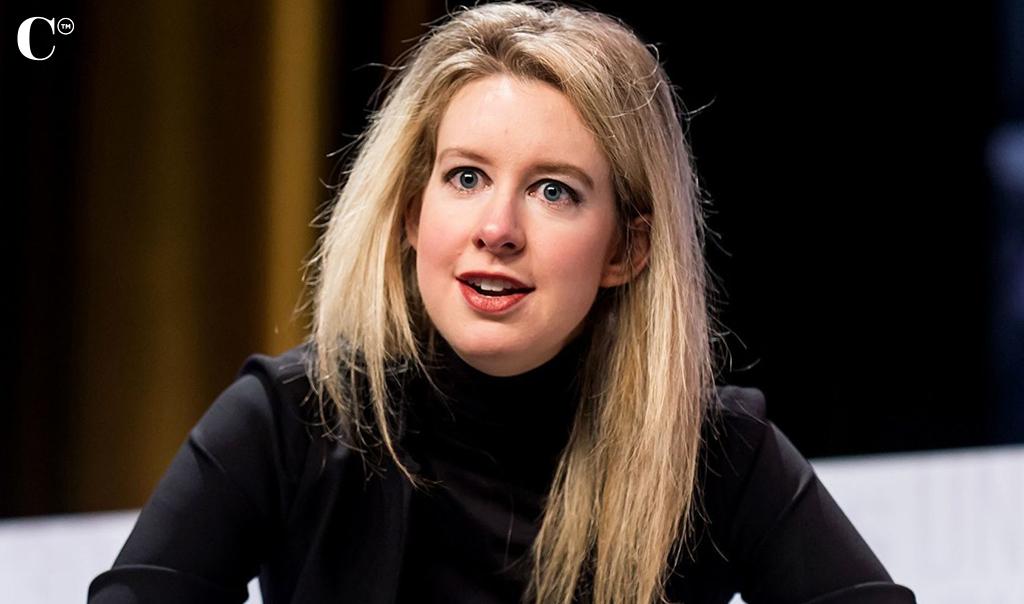 Theranos’ house of cards came crashing down after 2015 when a journalist named John Carreyrou was unimpressed by Holmes’ glib answers and confident aura and began digging into the nitty gritty of the company’s practices. What he found when digging was a whole lot of fraud. While Holmes was parading around, touting herself as the female Steve Jobs and pretending Theranos was the solution for the future, the state was preparing their case for her arrest.

Holmes was initially supposed to go to trial in July of 2020, but it was delayed because she was pregnant. The trial was pushed back and eventually started August 31. After the verdict was handed down this week many wondered – what’s next for Elizabeth Holmes?

The New York Times explains, “A sentencing date is expected to be set at a hearing on the three hung charges next week.

Ms. Holmes can appeal the conviction, her sentence or both. She will also be interviewed by the U.S. Probation Office as it prepares a pre-sentence report. A conference will be held next week on the three counts in which the jury could not reach a verdict.

Each count of wire fraud carries up to 20 years in prison, though Ms. Holmes is unlikely to receive the maximum sentence because she has no prior convictions, said Neama Rahmani, the president of the West Coast Trial Lawyers and a former federal prosecutor.”

One other question remains though: will this have any effect on the way Silicon Valley entrepreneurs make promises to people about their tech of the future? There’s a long and short answer, but the short answer is no. It’s possible that people will be more cautious about making big promises – but part of being an entrepreneur means dreaming big. More than likely, what these tech startups will do is make sure they aren’t taking money until the product works as advertised – and if they have to adjust their promises downward, they’ll do so. But that’s nothing new. Holmes’ willingness to launch her company on promises alone and then continue taking money while she knew the product didn’t work as advertised – classic fraud. Her sentence may not be the maximum, but she will likely receive a higher-end sentence due to the staggering amount of money involved – over $945 million. The trial of her co-defendent and ex-boyfriend Sunny Balwani starts in a few weeks.