Where is Jenna Marbles Now? The Internet Darling Who Became Persona Non Grata

There was a time when Jenna Marbles was one of the most popular influencers on the internet. Marbles' friendly personality 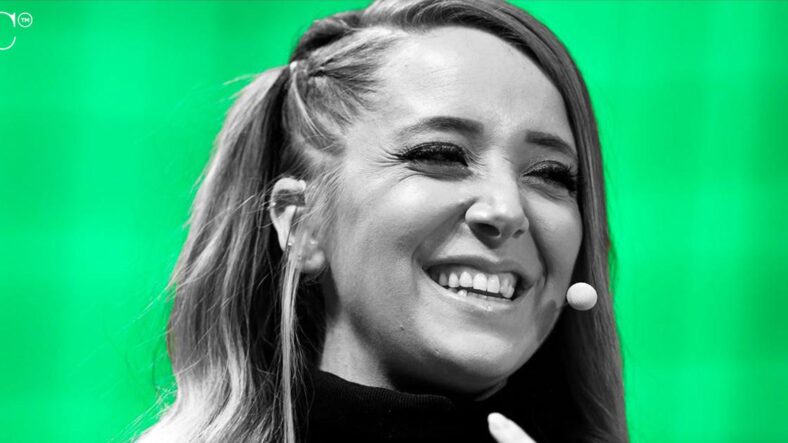 There was a time when Jenna Marbles was one of the most popular influencers on the internet. Marbles' friendly personality and chuckle-worthy videos made her an instant hit, but it was her human relatability that skyrocketed her to superstardom.

Then one day, she was just gone. The beloved influencer was hit by a series of scandals just before deactivating her social media, and she cut ties cleanly. But her fans and those who felt a connection to her didn't just disappear – so where is she now? The world wants to know.

Why Marbles Left the Internet

Marbles, birth name Jenna Mourey, was raised in Rochester, NY, by a single mom. But Marbles dreamed of the big city and success, so she moved to Boston and attended Boston University, where she earned a degree in Psychology.

Marbles then went on to earn a Master's in Sports Psychology and Counseling, but that wasn't enough for the aspiring star. Tired of the grind, Marbles looked for something that would change her situation, and in walked Barstool Sports, founded by David Portnoy.

Marbles began writing for the company's female-oriented site, StoolLaLa, and learned how to harness her creativity and humor.

Wanting to branch out and create her own brand, Marbles created her online persona and launched her very own YouTube account in 2010. The first video to hit the stratosphere was titled, "How To Trick People Into Thinking You're Good Looking," and Marbles brought all her wit to bear – racking up millions of views in just a few days.

In little over a year, she had gained over 1 million followers, and she wasn't even close to done aiming for the stars.

As millions after millions of people began tuning in to the Marbles effect, one facet of her channel sparked rumors and intrigue a new; her relationship with a man named Julien Solomita. Their on video actions were hilarious and endearing, and it soon became obvious that they were more than just friends.

By 2014, the sky was the limit. SarcasmTherapy explains, "As the New York Times put it, she was officially The Woman With 1 Billion Clicks. From 20 million subscribers to over a billion views on her channel, there was no doubt about it: Jenna Marbles was officially living out her dreams. Unfortunately, not everybody shared her same excitement."

Former boss Portnoy took aim at Marbles as her fame began hitting new heights, calling her out on her so-called origin story. While Marbles jokes that she just stumbled into making YouTube videos, Portnoy corrected her – saying that it was he who discovered her.

By the mid-2010's, Marbles was helming a successful podcast alongside Solomita with hundreds of thousands of listeners, still maintaining her ever-growing YouTube channel, and dabbling with some Hollywood fame.

But it all came crashing down in 2020. An old video resurfaced of the YouTube megastar, and in it she was engaging in some unflattering and borderline racist behavior. A 2011 video where Marbles imitated Nicki Minaj had the YouTuber sporting a dark spray tan and wig – and many accused her of engaging in Blackface.

Marbles immediately took accountability and apologized, taking a hiatus and promising to self reflect. But it wasn't enough, and the scandal dogged her everywhere she went. Marbles admits to feeling "crucified."

Before the world could turn her out in the cold, Marbles decided to be proactive and leave social media on her own. The last YouTube video was uploaded June 2020, and it left fans feeling sad, but most understood why she left.

Where is Jenna Now?

Since then, Marbles has kept her life completely offline. Except when news broke in 2021 that Solomita had proposed – and she accepted.

So where is she now? There's only one social media picture of Marbles since 2020, and it comes from Solomita – who continues to maintain an online and podcasting presence after distancing himself professionally from his now-fiancé.

On February 14 2022, Solomita shared an image to Instagram of who fans believe is himself holding hands with Marbles as they stride away from the camera – captioned simply with a black heart.

While it's not the triumphant return to social media her fans long for, it's good to see Marbles still out there enjoying life with Solomita.

For now, there's no sign that Marbles is planning to return to social media, but fans still keep the hope alive.