Why Did The Jonas Brothers Breakup? A Look Back At Their Rift

Well guys, you might want to grab your tissues because it’s almost been eight whole years since the Jonas Brothers 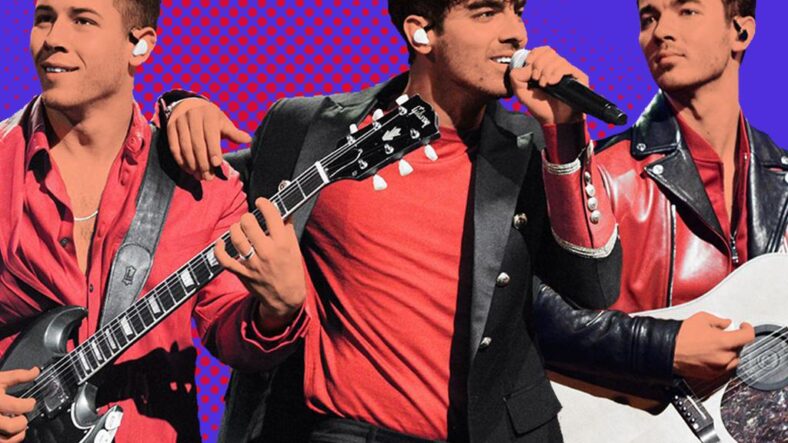 Well guys, you might want to grab your tissues because it’s almost been eight whole years since the Jonas Brothers shocked the entire world and announced that they were splitting up. Yep, the tragic event took place on October 29, 2013 — a day that left the entire Jonas fandom heartbroken.

For those who missed it, the group — which is made up of Joe, Nick and Kevin Jonas — decided to go their separate ways just days before their tour was set to kick off. They were also planning on releasing a brand new album, called V, so the breakup definitely came as a surprise. But what went wrong all those years ago? What caused the band of brothers to want to stop making music together? Well, now that they’re officially back together we guess it’s finally not too painful to talk about what went down, so we went ahead and recapped the whole thing for you. And we have to warn you that it was not pretty. Let’s take a look back at the Jonas Brothers rift… 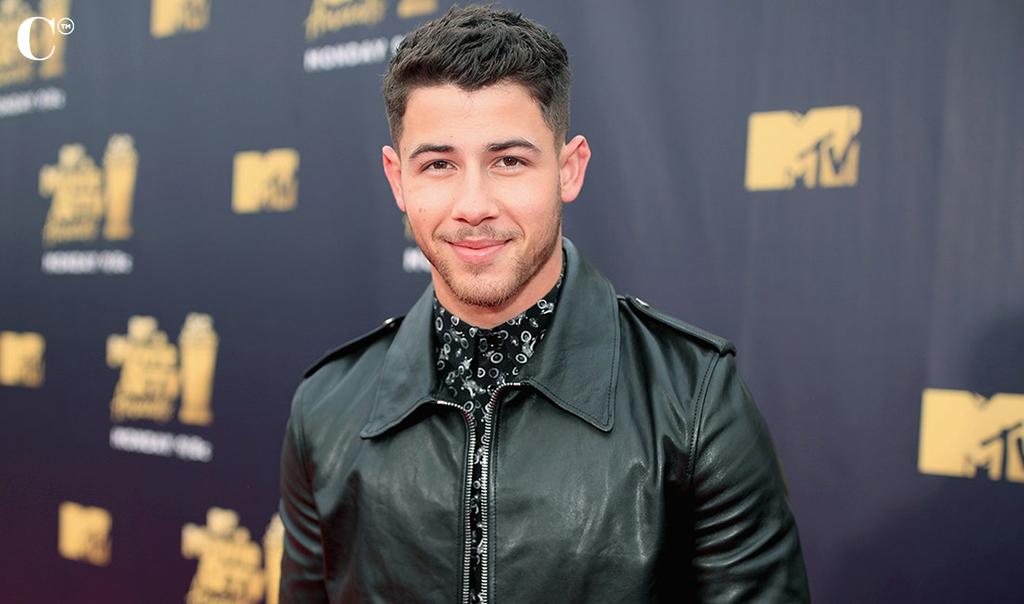 On October 29, 2013, many fans were gearing up for another Jonas Brothers tour to kick off, when they suddenly got an email from Ticketmaster that said the shows had been cancelled. Naturally, people were left pretty confused, and the guys’ rep confirmed that the tour wasn’t happening in a statement to People Magazine.

“There is a deep rift within the band,” their spokesman, Jesse Derris, told the outlet. “There was a big a disagreement over their music direction.”

And when he was asked what this meant for the future of the band, he said, “It remains to be seen.”

Two weeks went by without a single word from the boys themselves, and everyone was pretty upset while they patiently waited for an explanation. Finally, on October 29, 2013, they spoke out to People Magazine. The outlet reported that the decision to split up came after a meeting they had on October 3, 2013, where Nick admitted that he wasn’t happy.

“I was feeling kind of trapped,” he said. “I needed to share my heart with my brothers. It’s really hard to say ‘forever.’ We’re closing a chapter, for sure.”

“It’s over for now,” Kevin continued, with Joe adding, “It was a unanimous decision.”

Then, one day later, the boys appeared on Good Morning America to share some more insight on what had gone wrong and to officially say goodbye.

“I think it was time, and for us it took some time getting there, but we feel like it’s time that the Jonas Brothers come to an end,” Kevin explained.

“We’re family first, and that’s always been our main priority, and so honesty within what we do as a group was really important. I came to the table with the guys just before we were prepping to leave for tour, and I shared my heart with them, my feelings,” Nick recalled. “In a nutshell, I said, ‘Look, I feel like we’ve had some complications within the group for a long time without addressing them. I think this train will fall off the tracks without really getting real about some of the concerns and some of the limitations that we may feel as individuals in the group.’ It was a tough conversation… It was the first time we really had that real conversation. It was a few days of working through it.”

Joe revealed that before they reached a decision, they had been fighting about almost everything.

“At some point, we decided it was best to finish this and support each other and our own ventures down the way,” he told the talk show.

“It is with heavy hearts that we confirm that our time as the Jonas Brothers is over,” it said. “This decision has not come lightly, and we know that many of you will be disappointed. The time has come for us to move forward on individual career paths. We have been a band of brothers for 10 years and are now choosing simply to be brothers. Going forward, you can expect exciting things from each of us, and we will of course continue to support each other in all things. We would like to say THANK YOU to everyone who has supported and inspired us through the years, and stood by us in this difficult decision. We feel and appreciate your love.”

Why Did They Breakup? 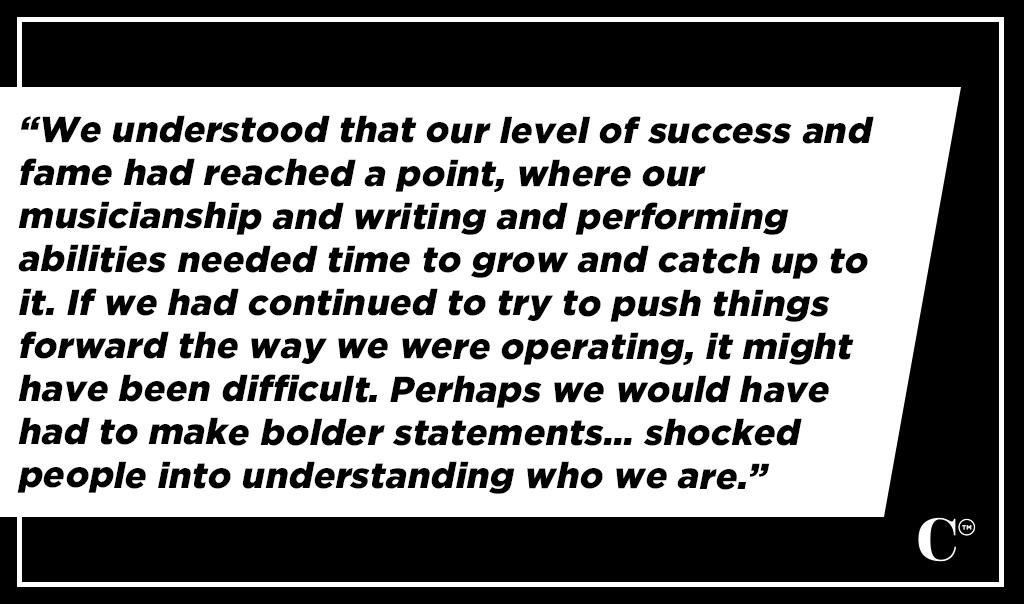 So what went wrong, you ask? Well, as fans know, they decided to take a break from the group to pursue solo careers a few years before they officially split. And according to Kevin, coming back together after that was just too hard.

“We all had our strengths,” he told Oprah in 2016. “I focused on mine, which was kind of the business side of things and more about the touring and the creative… Nick was all about the music and Joe was about the entertainment aspect and the music. I think that’s just what made us stronger. But at the same time, it’s also what pulled it apart, which I think is inevitable when you’re working with your family for so long. Things happen.”

He added, “Nick had done a solo thing; I had taken a year to just do what I wanted to do here in New Jersey [and] get life set up, figure it out; Joe was also doing TV, doing movies, doing that kind of stuff. We all became individuals in that moment. We realized we were different people than we were before. I think that we just needed the time and the space to explore options without having it [affect] the other people.”

Nick explained in an interview with Paper Magazine that it felt like they had lost touch “musically and creatively.”

“We lost touch with what we wanted to say because we were trying so hard to say something different from what we said in the past, musically and creatively,” he admitted. “We understood that our level of success and fame had reached a point, where our musicianship and writing and performing abilities needed time to grow and catch up to it. If we had continued to try to push things forward the way we were operating, it might have been difficult. Perhaps we would have had to make bolder statements… shocked people into understanding who we are. I think the world is more accepting of us as adults than they would have been if we insisted, ‘This is who we are now, accept us.’”

He also told Wonderland Magazine in May 2019 that they had to breakup so that they could protect their family.

“There was definitely a strain emotionally that was being put on all of us,” the “Sucker” crooner said. “We had such a specific way of doing things for so long and I think as we got older and tried to progress artistically, we got stuck in those old ways so our music suffered and our general vibe with each other and ability to communicate in a healthy way no longer existed. I think it was always a priority for us to protect the family first and make sure that nothing ever complicated that relationship too much. We got to the point to have that conversation, which I initiated, where I said, ‘I feel like I’ve got music in my heart and in my head that I want to make, and I feel like with all the stress that we’ve been going through together, this isn’t the right thing for us to do anymore.’”

Where Did Their Relationship Stand Afterwards? 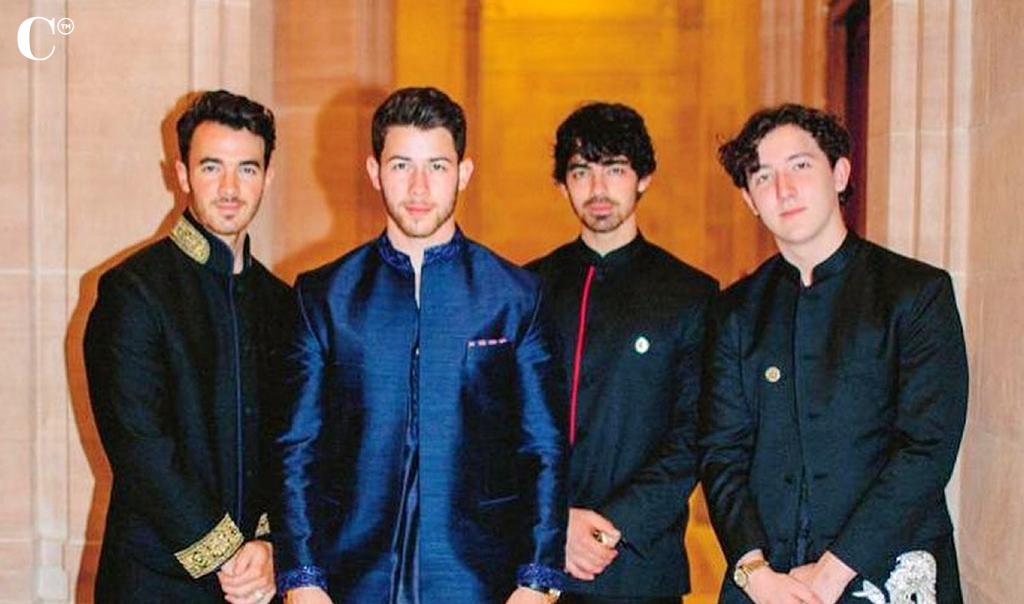 Unfortunately, the split caused a major rift between the brothers. Joe later admitted that it was a total shock to him that Nick wanted to end the band, and it left him “mad and confused.”

“I was seeing a therapist and I wasn’t on speaking terms with my brothers,” he later reflected of the weeks after they broke up. “When it happened, we were focusing on going on another tour and we had plans to hit the road and do what we had been doing for a while. Nick brought it to the table that he wanted to focus on different things, like acting and doing music on his own. At first, it was really shocking to me because it was kind of all I had known was the Jonas Brothers, forever. So, I was pretty mad and confused because, I was like, ‘I’ve been putting so much time and effort into this for so long and now I just have to stop and figure out what’s next.’”

It took a while, but eventually they made up and their relationship became even stronger.

“It was a very tough conversation, and it left the family kind of shaken up for a little while. I mean we were about to start a tour. We were two days from starting a tour,” Nick said on Watch What Happens Live. “We’re good now. I have a beautiful niece. My brother has a family. Joe’s band DNCE is doing very well. It’s good for everybody and it’s good that it happened because I think we all grew from it, but it was very challenging for a little while.”

What Made Them Want To Get Back Together? 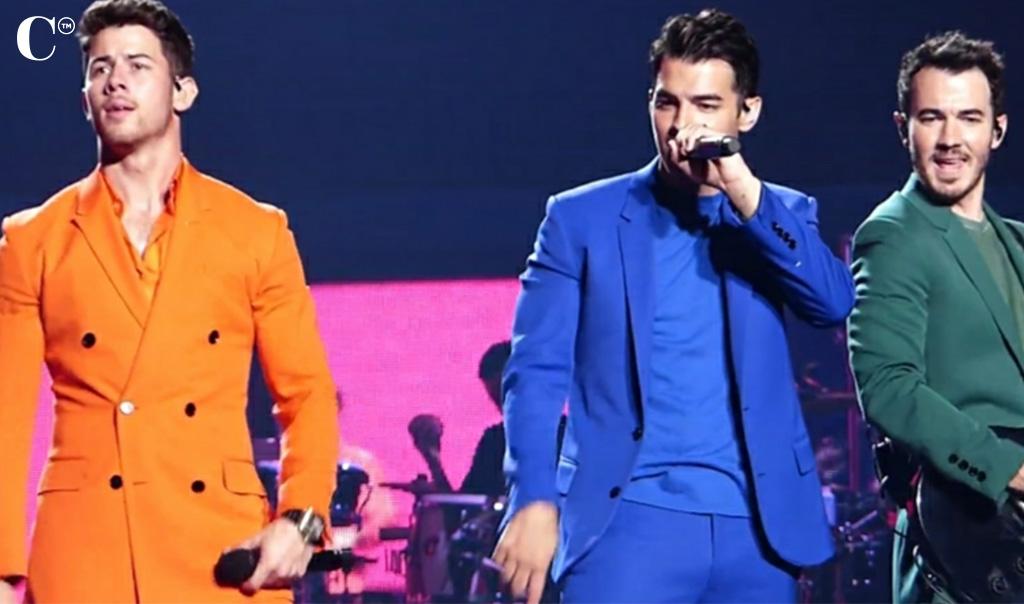 Now, the band is back together and doing better than ever! They released a new album, called Happiness Begins, in 2019, and it was full of bops. They also embarked on two world tours, and seeing them up on stage together again was seriously a dream come true.

But wait, what made them decide that it was time to reunite? Well, Nick once explained that it started with them wanting to make a documentary about their time in the band. And then it evolved into so much more.

“Initially it was about filming a documentary,” he revealed on Z100. “We wanted to tell our story: where we came from, what happened on our journey back then together, and where we are now. And in that, I think we just started spending a lot of time together.”

He also told Wonderland Magazine, “I hate that I have to take credit for being the one who initiated the conversation about breaking the band up, but the redemption story is that I also got the band back together in a way! I was starting to crave that magic and being on stage with them again, so I started the conversation. Initially I think it was met with a little apprehension, but then over time, once we decided all together to start working on this documentary, I think we were able to get into it and talk through some of the things that we wouldn’t really talk through before.”