Why The Real Housewives Will Never End

Back when The Real Housewives of Orange County’s first season premiered in April of 2005, no one really knew what

Back when The Real Housewives of Orange County’s first season premiered in April of 2005, no one really knew what Bravo was. Sure, there were some hardcore fans of the network that tuned into their shows, but the network as a whole was not synonymous with reality television and known across America.

Once the show premiered, that all changed. While it was a slow start, once The Real Housewives brand began gaining momentum, the network began to explode. Suddenly, everyone from Beverly Hills to New Jersey wanted a Housewives franchise in their state, and everyone wanted airtime with Bravo head-honcho Andy Cohen.

At first, when The Real Housewives began, there were occasional cast changes, but once the “core casts” were set in stone, fans expected them to stay for a while. This all changed with the fourth season of The Real Housewives of New York City, where Jill Zarin, Alex McCord, and Kelly Bensimon were all let go after the reunion. Fans were up in arms at the time, not sure how they could let go of so many of the cast members that fans had come to know for four seasons (Jill and Alex) and three seasons (Kelly) respectively.

While fans were not sure how the show would go on, it did. Fans grew to know new Housewives, some of whom they liked and some of whom they did not. Now, cast changes have become a standard thing that fans have come to accept, with tabloids running rampant after each season trying to figure out who will be the next victim to get the ax.

Vicki is the original OG of the OC

One staple the network had always kept around, though, was Vicki Gunvalson from The Real Housewives of Orange County. She had been on the show since its inception. While her role was downgraded to friend last season (the show’s 13th season to date), she really brought it at the reunion, and fans expected to see her back full time. She’s simply a synonymous icon with the show and, as someone who has watched every episode of the series, it’s hard to imagine a season that doesn’t involve her.

This all changed in January of this year when Vicki shocked fans, revealing that she would indeed be leaving the show.

Taking to Instagram to share the shocking news, Vicki revealed at the time that “I will always be the OG of the OC, but it’s time to say goodbye to The Real Housewives of Orange County. It’s been an incredible ride for 14 years and I want [to] thank all of you for your support, for your love, and for ‘whooping it up”’with me along the way. I’ve been working on new projects that will be exciting, empowering, and inspirational. My podcast with Westwood One will be launching soon and I will have much more to say about this on ‘Whoop it up with Vicki’. I hope you will join me with my new journey so please stay tuned. I love all my fans, and I want to thank Bravo and Evolution for this incredible experience which my family and I have will never forget. #bravo #rhoc.” 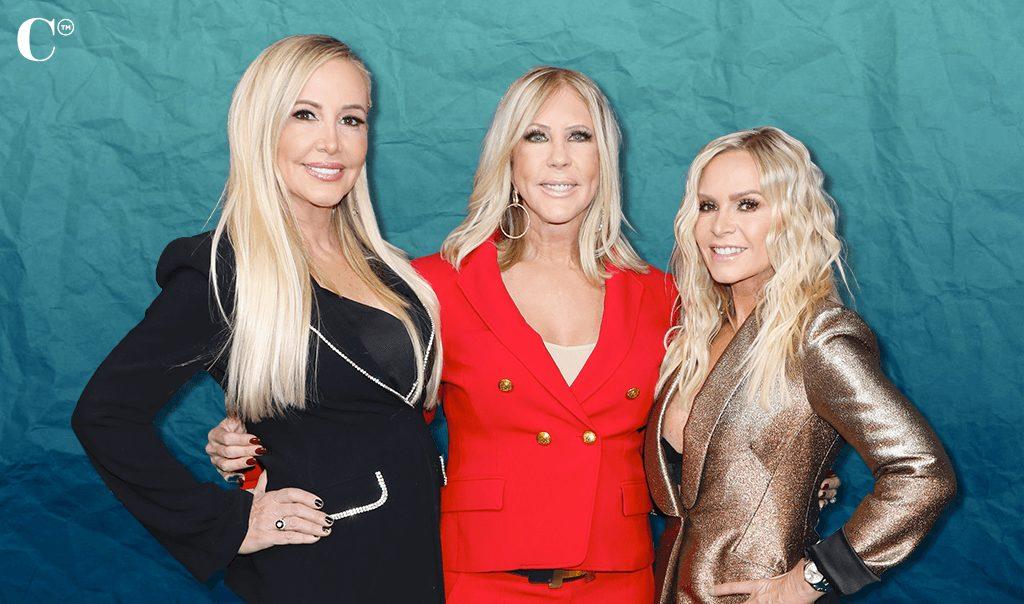 While this shook fans of the franchise to their core, The Real Housewives of Orange Countywasn’t done doling out the punches. Despite Tamra Judge not being an original cast member, she had been on the show since the third season of the show. Undeniably, Tamra was also a major part of what people tuned in for, as she was always the one who was unafraid to bring the drama and confront things head-on. While Vicki leaving was a shock, fans at least found some solace in the fact that Tamra would still be there.

That all changed on January 26th, when Tamra took to Instagram to shockingly share that she also was leaving the franchise. “It’s been a wild 12 years,” Tamra shared at the time. “But it’s time for me to move on. I’m sad to go but very excited about my future. Love ❤️ you guys ✌ .”

If there a future for RHOC?

The departure of Tamra and Vicki has led many to wonder how much longer can The Real Housewives of Orange County go on. More specifically, are Shannon Beador, Kelly Dodd, Emily Simpson, and Gina Kirschenheiter capable of carrying this show? While my gut instinct is an affirmative no, from an interest point, there are two sides to this question, and the fact of the matter is that the answer is yes. Allow me to explain.

Tamra and Vicki, having been on the show for as long as they have, were undoubtedly two of the highest earners on the show (and, likely, in The Real Housewives spectrum). While fans not close to the reality world may not realize it, being a Real Housewife is very much a full-time job. You spend approximately six months taping a season. Then, when the season wraps, you spend time doing pick up interviews (where you see the women talking to the camera from their homes about the scenes) and, when the season is airing, doing press for the show. They also make appearances on Watch What Happens Live throughout the season and then tape the reunion.

And then the cycle starts all over again.

My point in sharing this is that, while Tamra and Vicki were two of the biggest earners, there’s no denying they were working hard for their money. 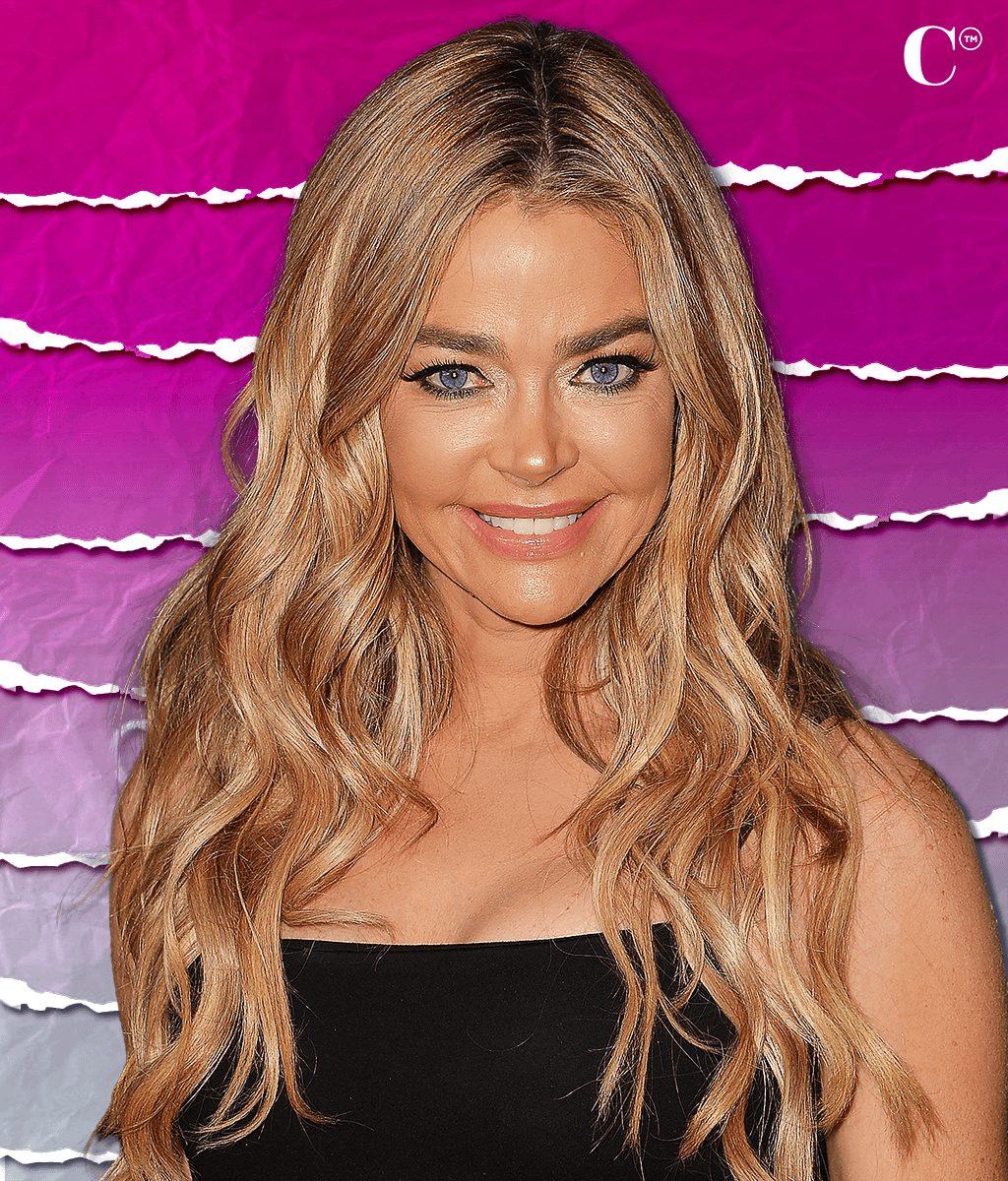 Everyone wants to be a Real Housewife

Along the way, though, it seems Bravo has likely learned something. As people started to realize how famous you could get from reality television (something that people like Vicki and Tamra who joined early in its inception likely had no clue about), the thirst for women wanting to join The Real Housewives became insatiable. Working in the reality television sector for the past eight years, I have heard so many stories of how desperate certain people are to get airtime and join one of the franchises.

Due to Bravo very likely knowing this- and knowing that the new women joining don’t have a big following for the most part (aside from the likes of Denise Richards joining The Real Housewives of Beverly Hills), the newbies don’t require nearly as much of a salary to join the show. While long term veterans rake in the pay- again, deservingly so in my opinion due to the level of commitment it takes (not to mention the social pressures and tabloid features you have to deal with by taking part in reality TV)- new people joining the cast don’t get nearly as much.

Think about what Bravo did last season with Vicki. By reducing her to a friend role, they inarguably reduced the amount they had to pay her (as she was not a “full-time cast member”). And, much to Vicki’s credit as someone who is dedicated to any job she does, Vicki still brought it. In fact, a lot of the season revolved around her. From her standpoint, it makes sense she wouldn’t want to do the show as a friend, as she more or less was used for all her talent and taken advantage of financially.

While ratings may go down a significant amount with Tamra and Vicki being cut from the show- I, personally, as a long-time fan already don’t find the show remotely interesting without them- it does call to question if the show would be canceled without them? The likely answer is no. If Bravo saves money, even if the ratings drop, it likely doesn’t matter. And if some of their higher-paid talent decides to leave- or if Bravo lets them go- there will always be another woman vying for reality TV fame who will take a small check to do the show.

My point in all of this is the following- die-hard fans of The Real Housewives needn’t worry. The show has become a staple in American culture, Bravo’s biggest earner of anything they’ve ever developed, and will not be going anywhere anytime soon, regardless of the cast. While this is unfortunate for those of us who actually care about the cast member’s stories we follow, the fact of the matter is that the show will go on. And, as Bravo likely hopes, some of the new cast members may develop large fan bases along the way. I’d highly suggest they don’t get too comfortable, though, as history tends to repeat itself and reality TV clearly is not a lifelong career.