2020 has been a difficult year all around. From civil unrest and political turmoil, to a raging pandemic killing nearly 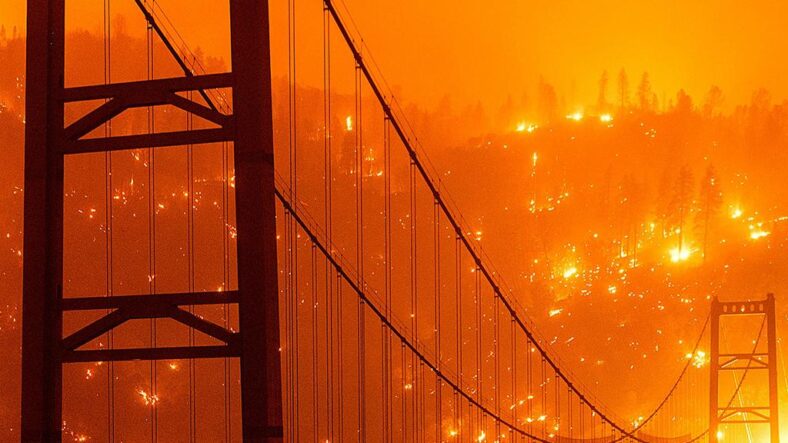 2020 has been a difficult year all around. From civil unrest and political turmoil, to a raging pandemic killing nearly 200,000 Americans, the United States has been through the ringer. But West Coast residents now face another unimaginable threat; wildfires of epic proportions. While California is used to wildfires and has a season every year, this year has proven nightmarishly destructive and residents are watching in fear as the skies around them turn blood red.

When did all of this start in California?

In mid-August, lightning storms coming right on the heels of a record-breaking heat wave sparked fires across California. While it was already wildfire season, the situation went from typical to out of control very quickly. By August 20th, thousands had already been forced to flee growing fires and they continued to spread. And by early September, those fires had been joined by dozens of others and soon wildfire maps looked as though the entire state was ablaze. Over 2.2 million acres have burned to date.

When did this start in Oregon?

California isn’t alone suffering from these wildfires. Oregon is also grappling with a number of fires, held in the same vice grip of hot temperatures and dry conditions as California. 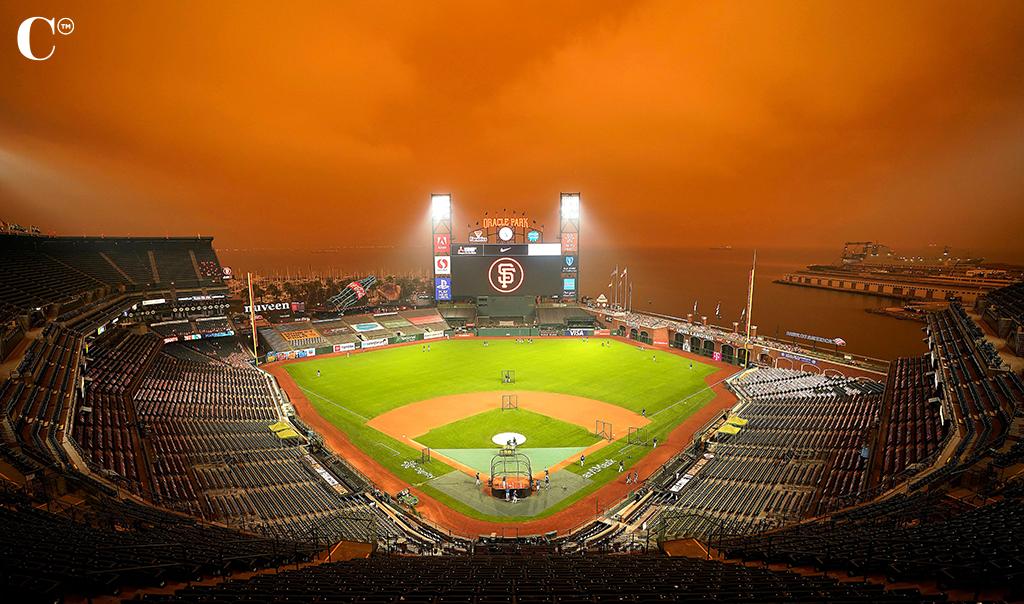 On August 16th and 17th, relatively small wildfires were sparked by dry conditions in Beachie Creek, White River, Indian Creek and Lionshead. They grew out of control on September 7th as a record-breaking windstorm fanned the flames in tinderbox conditions. As they spread, they were joined by other fires and a horrifying nearly 680,000 acres have burned so far across the state.

Today, firefighters continue to desperately battle the three monsters leftover from August, but dry conditions and heat have sparked more blazes. CalFire reports that 7,606 wildfire incidents have been reported, 8 people have died, and over 3,000 structures have been consumed by the fires.

One notable fire in El Dorado was born after pyrotechnics used for a gender reveal sparked a fire amid dry conditions. Over 12,000 acres have now burned from that one incident.

The Creek Fire is currently the largest unconstrained blaze, with nearly 170,000 acres burned and 0% contained.

The early September windstorm in Oregon caused massive complications for firefighters and they are waging a losing battle against 37 poorly contained blazes. The largest in Beachie Creek has already burned nearly 160,000 acres and is still 0% contained. 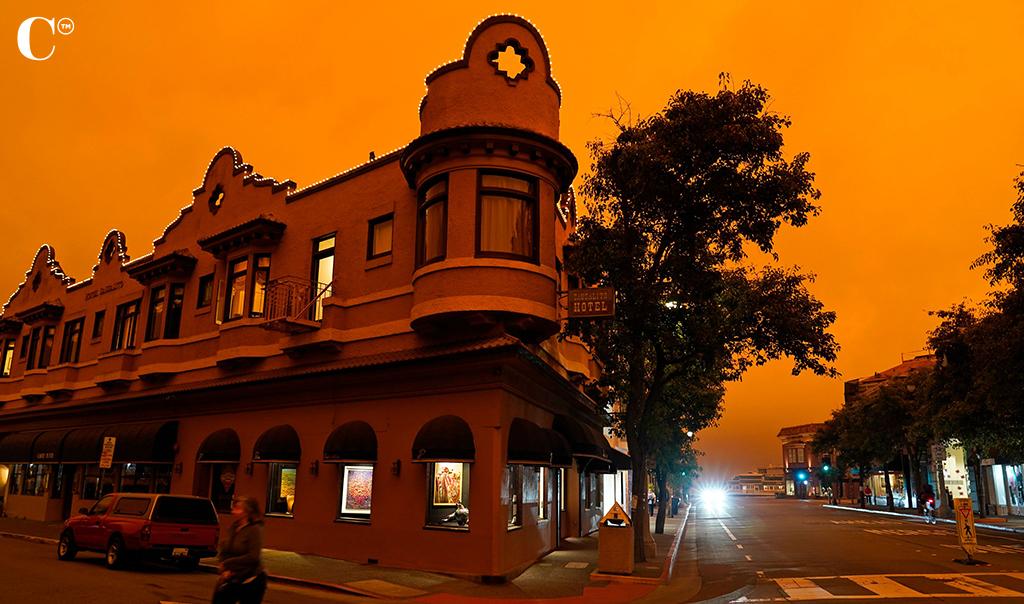 The State of Oregon Fires Dashboard shows that over 670,000 acres have already burned but most of the major fires are at 0% containment, so that number will rapidly rise.

If people in the US have noticed an increase in wild weather events and wondered if it’s a coincidence, science assures us that it is not. In Colorado, a freak late summer storm dumped 2 feet of snow as a 60-degree temperature drop in Wyoming and Colorado brought frigid temps. One of the West Coast’s most intense heat waves in history led to wildfires of nightmarish proportions.

Powerful hurricanes are occurring more often now; several times a season instead of once every few years. While the Earth does go through cycles of extreme weather, the frequency, ferocity, and intensity of these events on each other’s heels points to a common denominator; climate change, exacerbated by human activity.

CBSNews reports on conclusions by Dr. Kevin Trenberth, senior scientist at the National Center for Atmospheric Research. A mega-drought currently gripping the western half of the United States has led to a moisture deficit which in turn drives abnormally high temperatures and wildfire seasons. According to CBS, “This is why climate scientists often say that climate change ‘loads the dice’ for extreme weather. The cause of the fires is not climate change, but many of the factors which set the stage and made conditions ripe for fire ignition and spread are a direct result of a warming climate.

On August 16, Death Valley reached 130 degrees Fahrenheit, the highest temperature ever reliably measured on Earth. It was just a small part of a monster heat wave which broke hundreds of heat records over a two-week span. The link between heat waves and climate change is straightforward, and multiple studies have shown that a warmer climate is making heat waves more likely and more intense.

‘Basically there is more heat available: Earth’s energy balance is out of whack,’ says Trenberth. That extra heat energy, trapped in the atmosphere by excess greenhouse gases from the burning of fossil fuels, must be used up in some way. 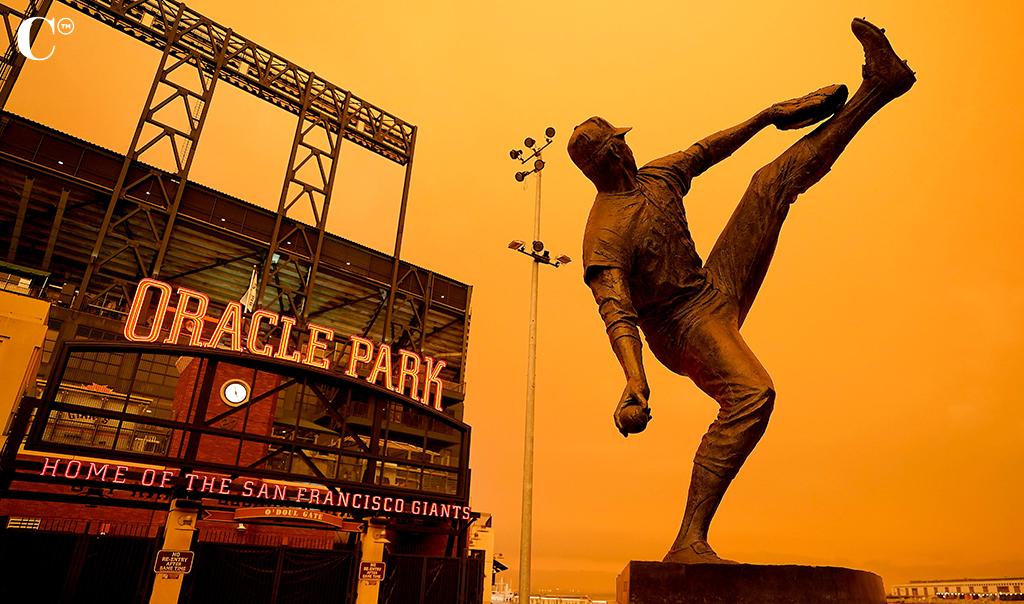 Trenberth explains, if the land was wet the heat would be used first to evaporate water, keeping air temperatures moderate. But when the air and ground are bone dry, as is typical of the dry season in California — especially in summers like this — the excess heat energy is expended by drying out the brush and warming and drying the air.

This long-term drying out of the air has created a ‘vapor pressure deficit’ — or in simpler terms, a moisture deficit. According to a 2019 study, this is a leading reason for the intensified summer fire seasons in California, presently at record levels.”

Scientists agree that human behavior, like artificially driving up Carbon levels in the atmosphere, is driving climate change. And climate change is driving conditions that increase the likelihood of super-growth for wildfires. Dry conditions, record-breaking heat, and wind-storms all contributed to this year’s nightmarish fire season.

What’s next for residents in California and Oregon?

By now most people have seen the jaw-dropping pictures users on the internet are sharing of their homes bathed in the baleful red glow of encroaching fires. In some places, the sky lights up like red blood, in others it’s an eerie neon orange. Air quality across the West Coast is suffering as smoke inhalation warnings cause people to cover their air conditioning units with wet towels to try to filter it out.

In one town, officials drove through streets yelling from their car for people to evacuate. Some families have been forced to flee with only minutes to spare as fires picked up speed or turned unexpectedly. Evacuations for tens of thousands are being complicated by the pandemic as shelters are limited in capacity to try to protect against COVID-19 spread. 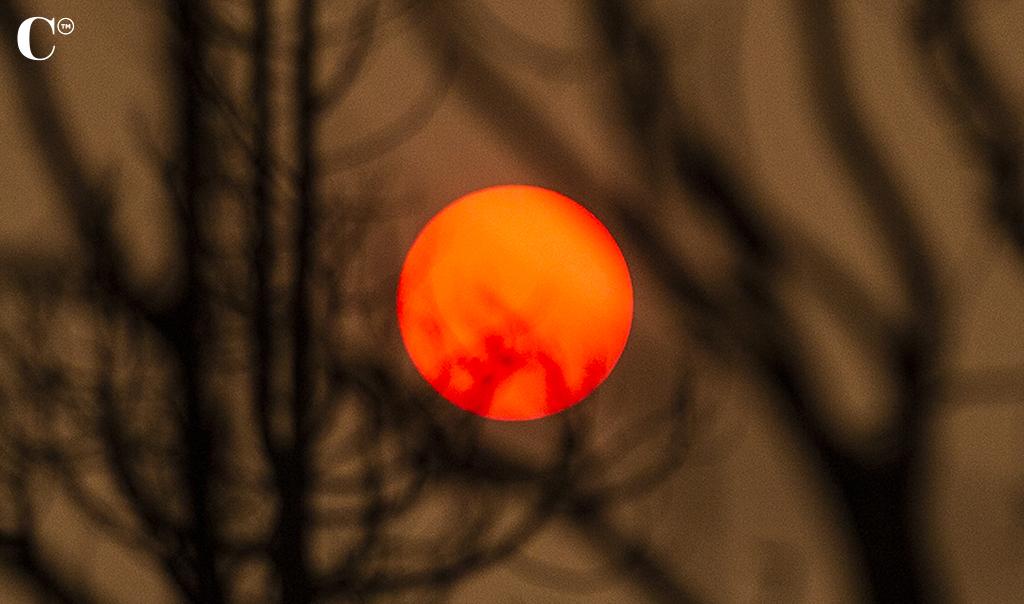 One of the problems with evacuations is that there are fires everywhere. On Twitter, Daniel Swain who is a climate scientist working with UCLA, shared an image of a massive plume from the wildfires taken from space. In the image, it can be seen that nearly the whole state of California is covered in smoke. Maps from CalFire and the Oregon State Dashboard paint a picture of states engulfed.

The season is nowhere near over

Although residents are desperate for some good news, the season is far from over. As new fires continue to rise and blazes spread, firefighters are worn thin. Evacuations drive frightened and exhausted residents from one town to another looking for safe haven. With no ending to the dry heat in sight, it’s frightening to imagine that things could get worse. As the summer winds to a close, maybe California will catch a break with cooler temperatures and higher moisture. But for now, residents fear and the world watches as their lives are torn asunder. This is unfortunately just the beginning of the weather extremes we can expect as climate change continues to drive conditions that favor wild weather events.