Will Antonio Brown Last with the Tampa Bay Buccaneers in Signing a One-Year Contract?

Antonio Brown was born on July 10, 1988 in Miami, Florida to parents EddieBrown and Adrianne Moss. His mother Adrianne, 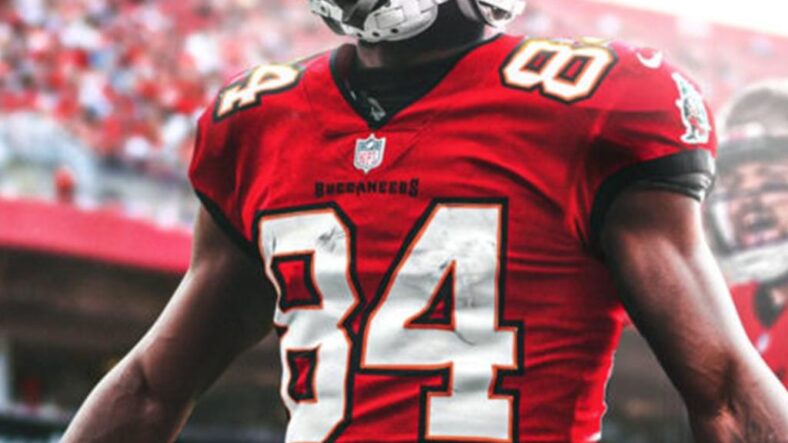 Antonio Brown was born on July 10, 1988 in Miami, Florida to parents EddieBrown and Adrianne Moss. His mother Adrianne, raised Brown on her own until she remarried another guy when he was only 12-years old. Larry Moss Jr. become Brown’s stepdad and the two had a very toxic relationship. This led to Adrianne kicking Brown out of the house when he was 16, and then he became homeless. Brown has a younger brother named DesmondBrown, who last played football as a redshirt senior for the 2012 Pittsburgh Panthers NCAA Division I football team. Since being kicked out of the house, both Antonio and Desmond have tried to reconcile with Adrianne, but it is very challenging for the two.

After a successful high-school career at Miami Norland High School, Brown transferred to North Carolina Prep due to poor grades. After his one-year there, he walked onto the Central Michigan University Chippewas in 2007. He enjoyed a solid three-year stint, including a career high 1,198 yards receiving while being named to a 2-time All-American Punt Returner in 2008 and 2009. 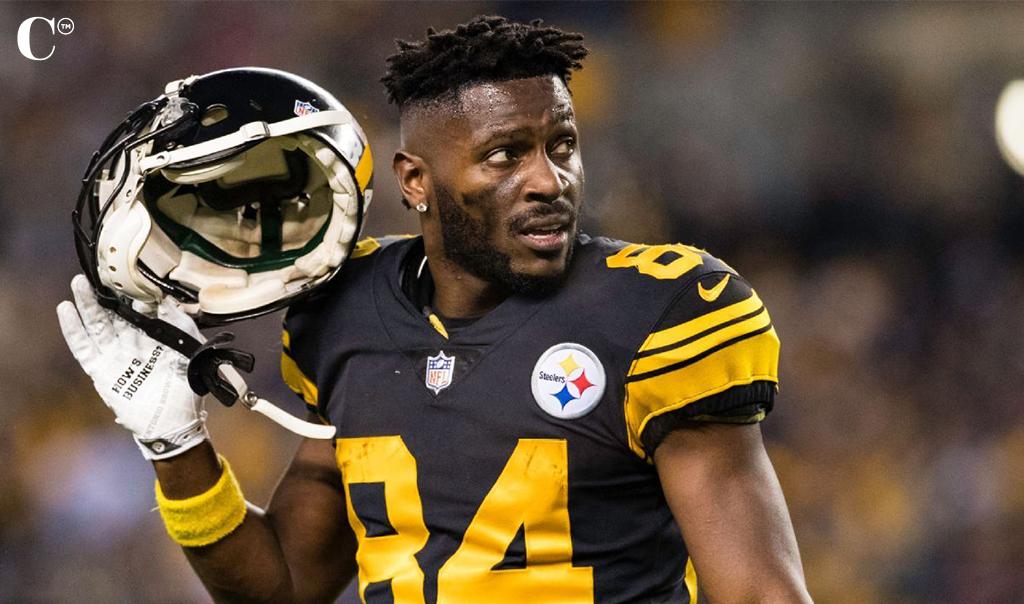 Brown would decide to skip his senior-year to declare for the 2010 NFL draft. He was not selected until the sixth-round where he was drafted by the Pittsburgh Steelers. In his rookie season, Brown was unproductive only grabbing 16-catches for a mere 167-yards and zero touchdowns. In 2011 however, Brown would breakout as he racked up 1108-yards on 69-catches and two touchdowns, while earning his first Pro-Bowl bid as a kick-returner for the AFC. Brown’s best year as a pro was in 2015 when he collected 1834-yards on 136-catches and earned another Pro-Bowl. He would make the Pro-Bowl seven-times with the Steelers.  He has had some previous altercations with quarterback Ben Roethlisberger for not be voted the 2018 team MVP. As a result, he was traded to the Oakland Raiders the following year. 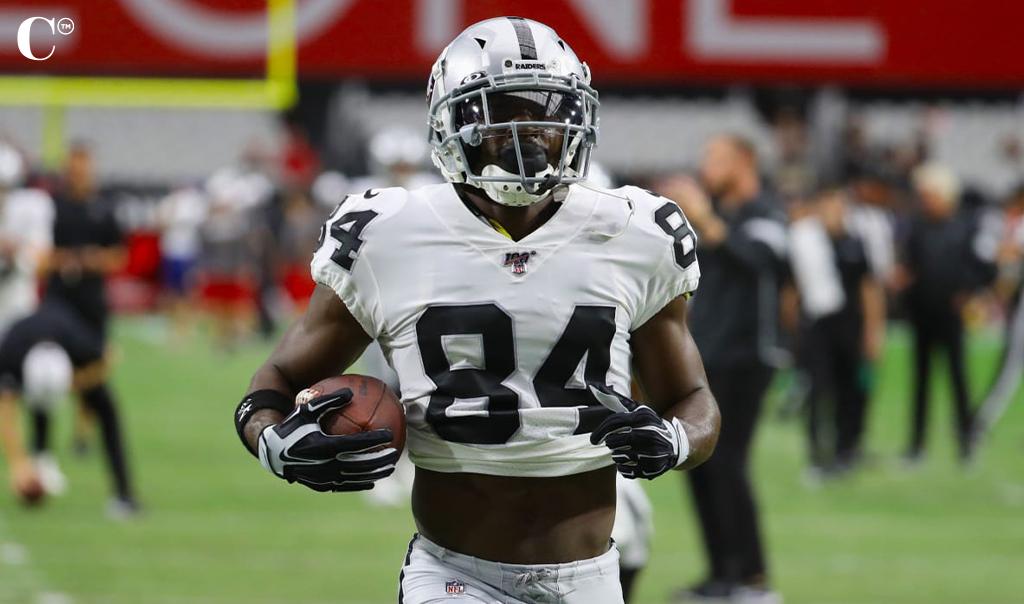 On March 9, 2019, the Pittsburgh Steelers traded Antonio Brown to the Oakland Raiders in exchange for a third-round and fifth-round draft pick.  He will receive a 3-year deal worth over $50m. After failing to trade Brown to the Buffalo Bills on Friday March 8, the Raiders were among the three-teams interested in the troubled, but talented receiver. While the Steelers were able to finally release the baggage that came with Brown, it cost them a huge chunk of money in their cap space. Plus, the Raiders were able to keep their three first-round draft picks, which was featured by Alabama running back Josh Jacobs at 24th overall. Now, they added Brown to an offense led by quarterback Derek Carr which could have led to an outstanding duel between a quarterback and a wide-receiver.

On September 7,2019, a day before week #1 of the 2019 NFL season, Brown tweeted a controversial statement nagging Raiders GM Mike Mayock to release him.

The Raiders have released WR Antonio Brown from the team today.

On September 7, 2019, the New England Patriots signed Brown to a one-year, $15m deal plus a $9m signing bonus. Brown posted an Instagram of himself happy to be a Patriot.

In Week #2 at the Miami Dolphins, Brown caught a 20-yard touchdown pass from quarterback Tom Brady in the second-quarter in route to a 43-0 crushing of the Dolphins. On Friday, September 20, Brown was released from the Patriots due to allegations of sexual assault charges from a former female trainer of Brown’s. 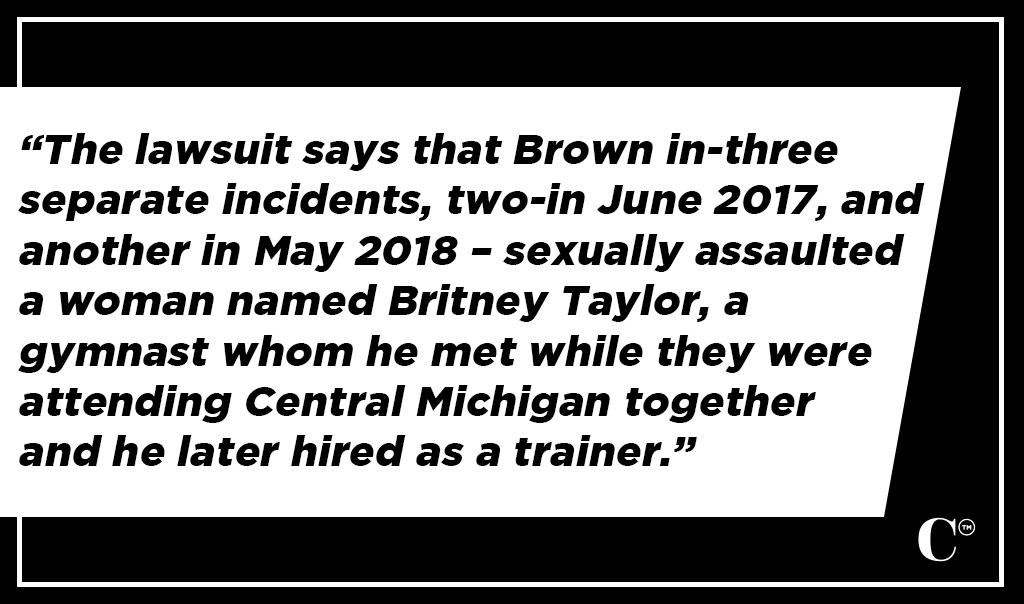 On September 10, 2019, Brown was accused of three-counts of sexual assault charges towards his former trainer Britney Taylor. Taylor claims that in June 2017, Brown sexually assaulted her two-times during their training sessions together. The first-time, Brown apparently exposed himself, and then kissed Taylor without her consent. Then during a session at Brown’s home, he masturbated behind Taylor and then ejaculated on her back.

This was her lawyer’s statement:

“The lawsuit says that Brown in-three separate incidents, two-in June 2017, and another in May 2018 – sexually assaulted a woman named Britney Taylor, a gymnast whom he met while they were attending Central Michigan together and he later hired as a trainer.”

As a result, Brown was released by the New England Patriots after playing in just one game.

After over-a-year hiatus from the NFL, Brown signed a one-year-deal with the Tampa Bay Buccaneers on October 23, 2020 for a league minimum. He can also earn more money through incentives, if he can play football and conduct himself in a mature way.

Update: Antonio Brown and the Buccaneers have reached agreement on a one-year deal, per sources.

Language still has to be finalized, COVID protocols passed, but Brown is likely to make his Bucs’ debut in Week 9 against the Saints.

Brown will be reuniting once again with quarterback Tom Brady after he last caught a touchdown pass with the New England Patriots in Week #2 of the 2019 NFL regular season.  Brown will be giving Brady another strong target to throw to.  Before leaving in 2019, he was considered one of the best wide receivers in the league.  In his six-seasons he averaged; 114.3 catches, 1,524 receptions, and averaged 11.2 touchdowns per year.  With numbers like that, Brady is going to have a lot of weapons on the field.

Brown is set to play in week #9 if all goes well.

We will see if Tampa made the right choice or not!