Grass and Tacos: Wiz Khalifa’s Newest Tweet is a Whole Mood, and Other Celebs are Feeling It This Week

It's been a heavy week in the universe of world news. But life goes on and everyone is just doing 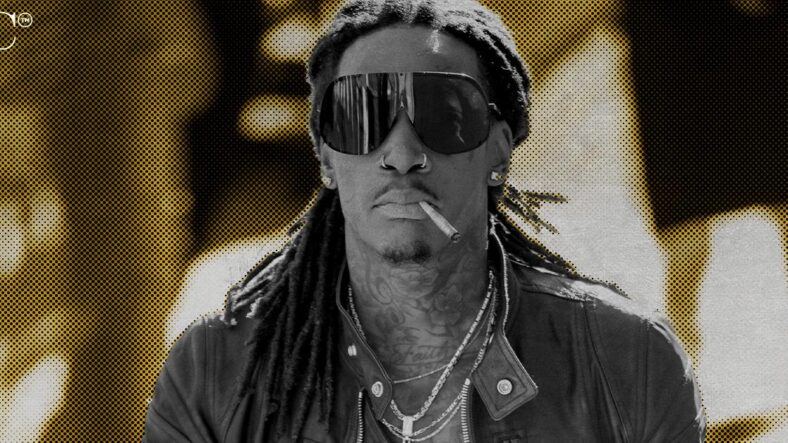 It's been a heavy week in the universe of world news.

But life goes on and everyone is just doing the best they can to get through what for some are very dark days.

Wiz Khalifa is here with a tweet that speaks to the soul of a troubled world, and it's a whole mood in and of itself. But it's clear that other celebs are feeling the vibe and are looking to chill out as things ramp up in arenas we can't control.

Khalifa is known for his single-line posts while floating in the stratosphere that sometimes make sense and sometimes don't, but today he's granting everyone the wisdom needed to survive this bold, troubling new world.

Last night, he gave us wisdom about balance in life: "I don’t save numbers and i don’t answer text after 10pm."

Next came nutrition advice: "My house smells like bomb weed and breakfast."

Then, advice on family: "My son is literally the coolest dude i know."

Career advice: "Writin raps in my sleep now. You guys are in trouble."

Parenting advice came around 10:10AM: "As parents we owe it to our kids to not be spittin on our finger and whiping their face wit it. They deserve a wash rag."

Finally, the kind of advice that will get us through these unimaginable days to the future ahead: "High af leavin the gym wit 3 tacos. Picture me rollin."

Because seriously, who couldn't do with three tacos hot off the gym? But it's clear that Khalifa's onto something with a mood we could all embrace – chill and toast to the future. And other celebs are on the same wavelength.

I thought we had this removed from the internet…but, maybe it’s time to get the band back together @ChrisEvans, @MarkRuffalo, @RobertDowneyJr thoughts? https://t.co/QnxLAXNIZF

Earlier this week, Thor actor Chris Hemsworth took to Twitter to share a video. It's not just any video, it's an extraordinary video.

It's the perfect laugh break for this week's heavy news, and it's only 16 seconds long, so give yourself the self-care time to watch.

Nicki Minaj Wants Out of it All – Until She Doesn’t

While Cardi B, Megan Thee Stallion, Akbar V and others battle it out for female hip hop superiority on Twitter, Nicki Minaj just wants to make music and vibe.

Today after all of the chaos between Cardi B and Akbar, Minaj (who's at the center of the controversy as much as she wants to pretend she's not) took time to take a passive-aggressive potshot at the Barbz – rabid supporters of Cardi on social media.

Nicki just tweeted 6 words and a hashtag, but it was pointed: "Nicki dis nicki dat nicki what????!! #MadDem." It's a brief of lyrics from Minaj's newest song, "Likkle Miss" with Skeng. In the beginning, Skeng purrs, "what up, what up representing for the Barbz, dem – 'Nicki dis, Nicki dat', Nicki mad dem." Suggesting that they all feel some kind of way about Minaj over her tiff with Cardi (spoiler alert: they're mad).

Minaj keeps trying to stay out of it, but folding their feud into a song and then pulling out the lyrics every time things get riled up is probably the opposite of letting it lie. However, it's funny – so it fits our "slide through the rest of the week" vibe because everyone needs a chuckle.

See: "They Can't F with Me': Cardi B Goes Wild on Akbar as Twitter Becomes Ground Zero for Female Rap Feud's Newest Battle

Hard keeping my mouth sewn shut about this one. ⚔️ pic.twitter.com/OdV7JmAkEu

Deadpool and Wolverine are teaming up for a movie, and it's coming 'Hugh'n (soon – we know, it's a horrible pun, but you can't blame this one on us). And also, it's not that soon – it's not coming until September 2024. But back to Ryan Reynolds, and you are so welcome for that.

Ryan Reynolds of course plays the titular character of Deadpool, and it turns out that they're in the process of making Deadpool 3 – and this one is going to feature Hugh Jackman's Wolverine from the X-Men universe.

Reynolds shared a video to social media to make the announcement, and it was very – well, very Ryan Reynolds of him. He sat on a couch and explained, "… we've been working very hard on the next Deadpool film for uh, a good long while now. I've had to really search my soul on this one. His first appearance in the MCU obviously needs to feel special, we need to stay true to the character, find depth, motivation, meaning. Every Deadpool needs to stand out and stand apart. It's been an incredible that has forced me to reach down deep inside, and I – nothing." He tapped his forehead, "It's completely empty up here. And Terrifying."

Behind him as the video rolls walks Hugh Jackman, eating what looks to be an apple, as Reynolds explains, "But we did have one idea. Hey, Hugh! You want to play Wolverine one last time?"

Jackman, looking uninterested as he climbs the stairs behind Reynolds, answers, "Yeah, sure Ryan."

Reynolds ends the bit with a meaningful eyebrow wiggle as the song, "I will always love you" by Whitney Houston starts in the background. And then they make the "coming hughn" joke which we still apologize for.

Quick explainer video that tackles…
1) Timeline questions
2) Logan canon
3) MCU FAQ
4) Whether we can do this all day or not pic.twitter.com/50lBsfYS5p

Today Reynolds shared a video of himself and Jackman answering some interesting questions such as, "Why isn't Wolverine dead?" You have to watch it for the answers.

One could argue that Lizzo is already definitely a part of history, being the extraordinary performer and human being she is.

But this weekend she took it a step further and played with actual history – playing a 200-year-old crystal flute.

WUSA 9 reports, "The renowned flutist gave Tuesday's audience at her Capitol One Arena performance quite the treat, when she surprised everyone by performing on a historical 200-year-old crystal flute. According to the Library of Congress, a French fluter made the ornate instrument in 1813 specifically for President James Madison in honor of his second inauguration.

As all iconic moments go these days, it started with a simple social media exchange. Librarian of Congress Carla Hayden tweeted out an invitation for Lizzo to visit the world's largest flute collection, housed at the Library of Congress in D.C.

'@Lizzo we would love for you to come see it and even play a couple when you are in DC next week,' Hayden tweeted. 'Like your song they are "Good as hell [with a winking face emoji].'"

After touring the Library of Congress, Lizzo was given the chance to take the stage with the extraordinary instrument and wowed the audience with her skill on the historical piece. Capitol police helped escort the item to and from the arena, making it a big operation that paid off for eager fans. And Lizzo, for that matter – who was over the moon at the opportunity.

Lizzo played a few haunting notes on the instrument before shouting to the audience, "B—h, I just twerked and played James Madison's crystal flute from the 1800s. We just made history tonight!"

And if Lizzo playing a 200-year-old crystal flute while twerking and losing her marbles isn't the vibe you need this week, what could possibly be it?