Woman Dead After Teen Crashes His Lamborghini at 120MPH

A 32-year-old woman is dead in California after a 17-year-old boy made a fatal error with his car. Monique Munoz 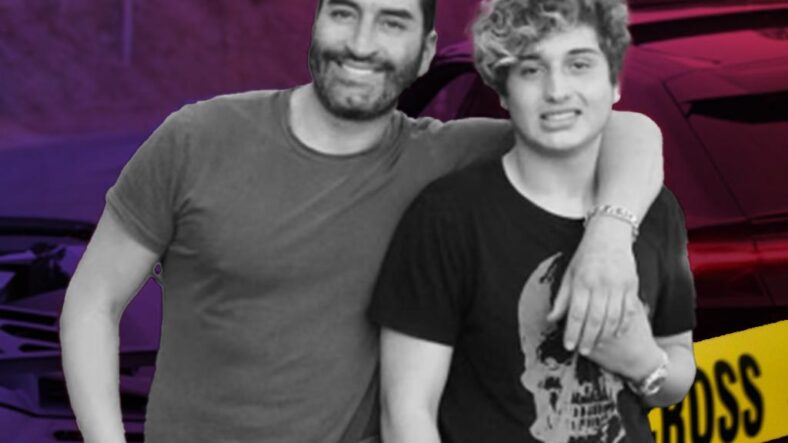 A 32-year-old woman is dead in California after a 17-year-old boy made a fatal error with his car. Monique Munoz was killed in her Lexus by the boy’s Lamborghini as he raced down the road at 120MPH. Social media images have emerged of the father of the boy joking about racing down Sunset Avenue in a Lamborghini and debates are raging online about whether teens should have access to such powerful and dangerous cars.

Details of the Crash 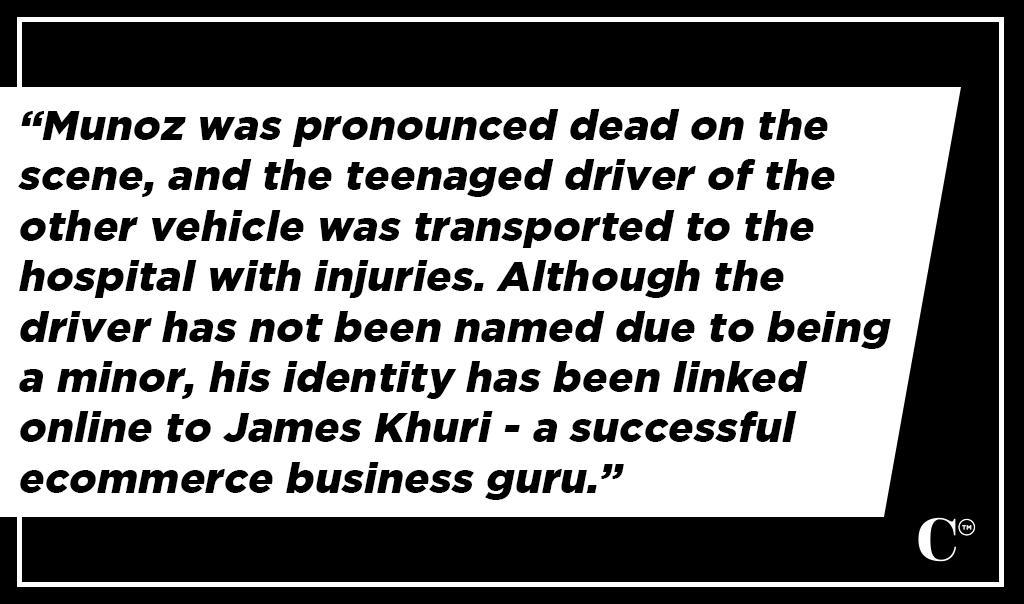 An investigation has been launched into the death of Munoz last Wednesday. CBS Los Angeles reported, “According to LAFD, the crash happened at about 5:14 p.m. in the 107oo block of West Olympic Boulevard, just east of Overland Avenue. It was not immediately clear what led up to the crash.

LAFD said there were only two vehicles involved in the crash, though photos from the scene also showed a third that officials said was merely stopped nearby.”

Mirror adds, “In a heartbreaking tribute to Monique, her stepfather Isaac Cardona said she had a ‘heart of gold’ and never hurt anyone.

He alleged that his kind stepdaughter had been killed by a reckless driver, The Sun reports.

Munoz was pronounced dead on the scene, and the teenaged driver of the other vehicle was transported to the hospital with injuries. Although the driver has not been named due to being a minor, his identity has been linked online to James Khuri – a successful ecommerce business guru. 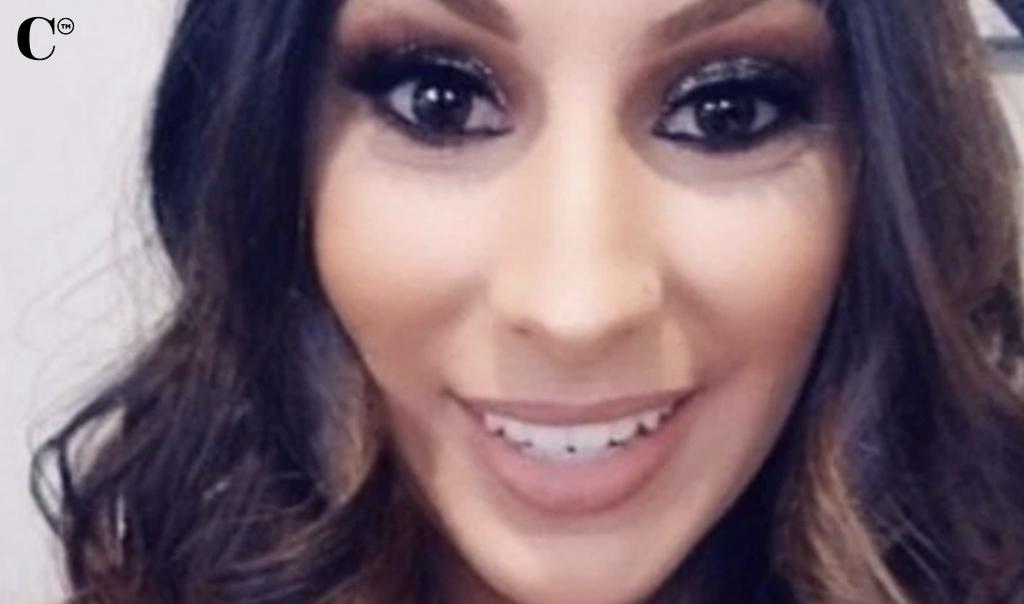 In the wake of Munoz’s tragic death, the internet is debating the concept of teenagers with powerful and fast cars. It seems to be a rite of passage of the wealthy to give their teenaged drivers elite sports cars, and a rite of passage for the drivers to be as reckless as possible with them. But is it wise for a teenager with a partially formed ability to predict long-term consequences to have such a powerful vehicle in their hands?

The Insurance Institute for Highway Safety suggests that car choice does matter when it comes to teen driver safety; “Teen drivers are at greater risk of crashing no matter what they drive. The risk is exacerbated when young drivers get behind the wheel of a sports car or a small vehicle, HLDI first showed in 2011. A new report covering 2000-13 models during calendar years 2008-12 confirms that thesis.

Meanwhile, two IIHS studies show that teenagers are more likely than other drivers to have the least safe types of vehicles.

…Sports cars and other high-horsepower vehicles tempt teenagers to drive fast and aggressively. It’s not entirely clear why small cars and minicars have high crash rates, but their greater maneuverability may encourage young drivers to make sudden moves. In addition, cars with shorter wheelbases are less stable and therefore less forgiving when drivers make mistakes.”

Although the car of the teen driver appears to have been a Lamborghini SUV, they’re built with the speed and performance of a sports car in mind, and offer not only the risks of a sports car, but the danger of a larger vehicle in untrained hands. 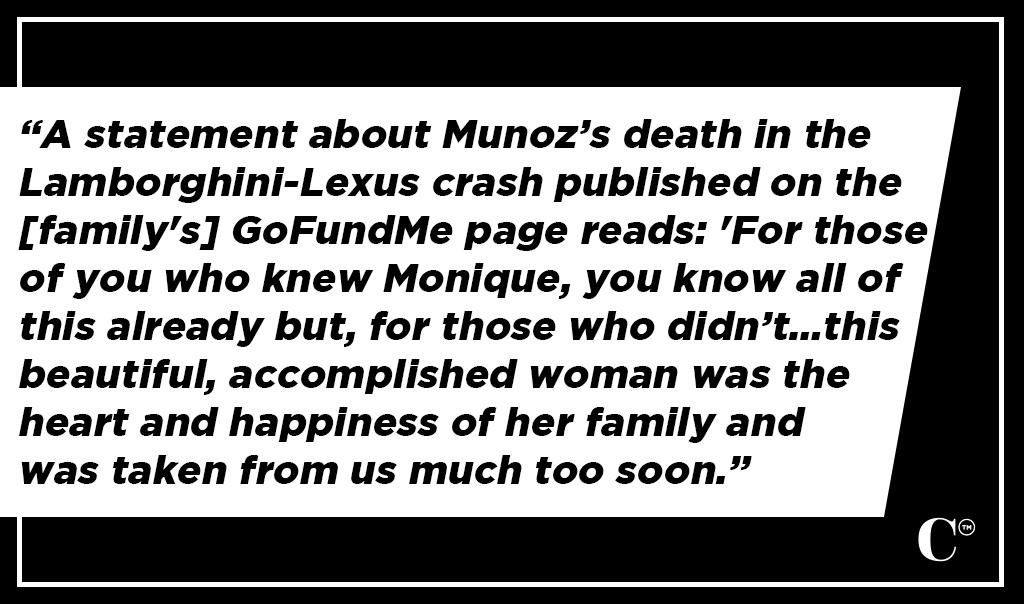 The findings of the investigation into the crash have not been released yet and the driver has not been arrested. Munoz’s family describes devastation and shock at her loss, mourning all the things she could have accomplished.

Per ReportDoor, “A statement about Munoz’s death in the Lamborghini-Lexus crash published on the [family’s] GoFundMe page reads: ‘For those of you who knew Monique, you know all of this already but, for those who didn’t…this beautiful, accomplished woman was the heart and happiness of her family and was taken from us much too soon.’

‘Her family and friends were her life, she never missed a family gathering or a chance to help a friend and she only had love and kindness in her heart,’ the statement continues.

‘We are all in shock and finding it impossible to fathom the reality of her unexpected passing.’”

Maybe in the wake of this horrible loss, this incident will spur other parents of teen drivers to reconsider putting their children behind the wheels of extra fast death traps just to boost their status. However, with the decades-old rite of passage being seen as intrinsically linked to, “coolness,” a shift will have to happen at the very core of the intersection of parenting and car culture. In order to recognize that kids can’t be trusted to understand long-term consequences of reckless driving behavior, one has to acknowledge that cars are more than status symbols – they’re very large, very dangerous responsibilities.

If Munoz’s death can inspire even a handful of families to reconsider how they arm their teen drivers on the road with risky vehicles, perhaps some good can come from unimaginable tragedy. Munoz’s family wants the driver prosecuted to the full extent of the law, and brought to justice. With no arrest forthcoming, they may be waiting a heartbreakingly long time for justice.

Although the driver’s name has not been confirmed due to his age, internet sleuths spotted an image of businessman Khuri with his teenaged son in front of the same car. Khuri had previously bragged online about racing down Sunset Ave in his Lamborghini, possibly the same one it is being alleged that his son wrecked.

Since his name was linked with the driver and an internet furor has arisen around the choice to buy an absurdly expensive and powerful sports car for a teenager, Khuri has turned his social media accounts private and seems to be avoiding discussing the incident with the press.

Khuri himself has a record, having been arrested in 2019 on charges of domestic violence with inflicting corporal injury on a spouse or co-inhabitant. Is this a situation where a father is passing down a legacy of tragedy and bad decisions?

Will the Driver Be Held Responsible or Is This The Fault of the Parents?

Is a parent responsible for the reckless decisions of their child? The law believes so – for a child under 18, parents can be held responsible for the behavior of their children. However, it’s not uncommon for kids approaching majority age to be tried as adults. Although no arrests have been made yet, it’s likely that the driver will face some degree of consequence. It remains to be seen whether he will be treated as the minor he is or held accountable like an adult.

The choice of placing a dangerous vehicle in the hands of an inexperienced driver is, at best, a questionable decision. At worst, it carelessly set the stage for a tragedy that stole the life of a woman full of promise, future, and a family that loves her.