Prehistoric creatures stoke our imagination. Whether its dinosaurs we dream of and wonder over or saber-tooth tigers and woolly mammoths, 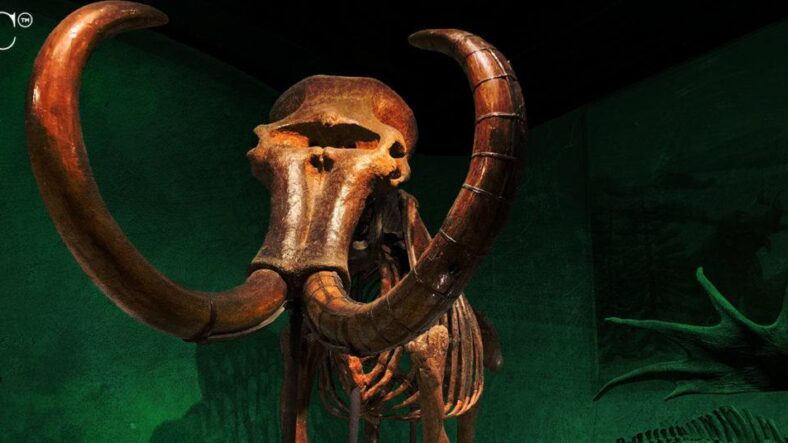 Prehistoric creatures stoke our imagination. Whether its dinosaurs we dream of and wonder over or saber-tooth tigers and woolly mammoths, few people can think of behemoths that once roamed the Earth without imagining what they must have been like. Now, one company aims to answer some of our most burning questions and give the world a chance to see the mammoth again – live and in living color. 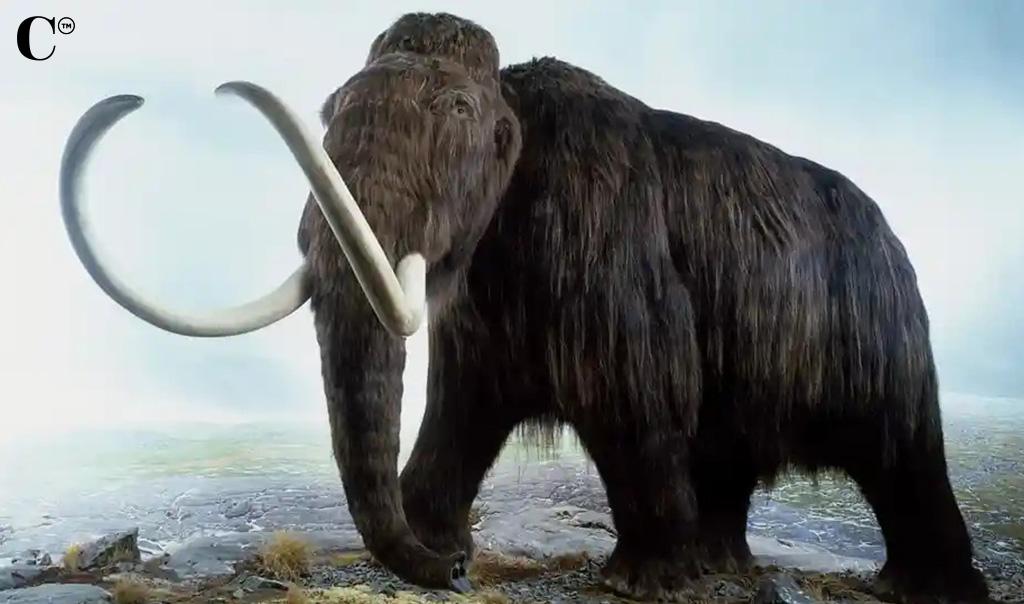 Jurassic Park: a fictional movie where they used technology to bring dinosaurs to life again on modern-day Earth. While the science behind John Hammond’s Jurassic Park resurrections is at least part fantasy, the movie and resulting series was enough to inspire generations of children who became determined to bring prehistoric creatures to life again.

Now, the world is several steps closer to that being a reality – minus the rampaging carnivorous giants. Colossal Biosciences has now raised a whopping figure – $60 million – to bring their dream to reality. The financing run was led by Thomas Tull and At One Ventures, with many other companies and private investors jumping on board, including one Paris Hilton.

DMagazine reports, “‘With this most recent financing, Colossal is positioned to realize long-researched breakthroughs that can support the restoration of healthy ecosystems. We will soon have the choice of moving from the role of blind destroyer of the world’s species toward being the thoughtful kin of all the life around us,’ Tom Chi, Colossal investor and founding partner of At One Ventures, said.”

However, it’s not just for fun that they pursue the revival of the great hairy creatures. Playing God for giggles is all well and good, but they’re hoping to establish a branch of science that allows humanity to preserve living species were are driving into extinction through poor environmental husbandry. In addition, species we’ve already driven over the brink could be brought back with the right technology.

It’s not without controversy. Many believe that nature should be allowed to take its course, and animals that are extinct are gone for a reason and no longer have a niche in the world. Others believe that our meddling with the environment has already thrown out “let nature take its course” and we are obligated to mitigate what damage we can.

Could dodo birds, brachiosaurs and woolly mammoths soon touch Earth again if Colossal has their way? Possibly, but the technology is still a fair bit away from ready for the big day. Before that reality comes to live, more research is needed – and $60M is a decent start on that path. 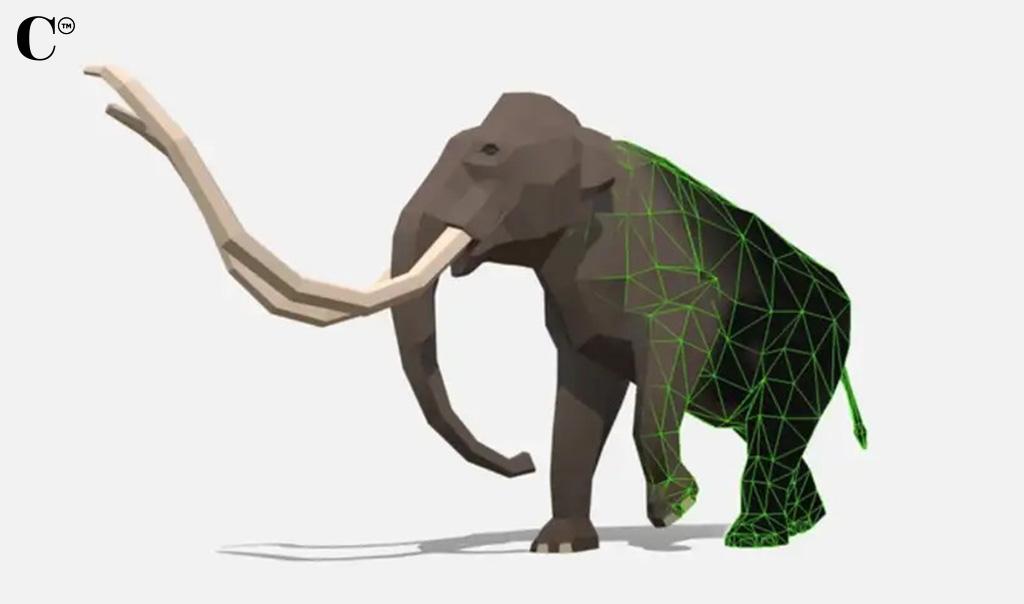 Speaking of reality, you may not have to wait until Colossal achieves full John Hammond to bring the mammoth back, because it’s coming to a Metaverse near you. Researchers working together from La Brea Tar Pits and the Natural History Museum of Los Angeles County and the University of Southern California (USC) have recreated the mammoth in the virtual realm.

Using paleoart, which combines artistic interpretation with scientific expression, they’ve brought the once-extinct creature back to virtual life which opens up a world of opportunity for education and research. Per Weather.com, “Elaborating on the study, co-author Dr William Swartout said: ‘The innovation of this approach is that it allows us to create scientifically accurate artwork for the metaverse without overcommitting to details where we still lack good fossil evidence.’

And guess what, the models will be accessible on mobile devices too! The 3D models have been optimised for seamless AR in smartphones for better and smarter learning.

It’s the perfect opportunity to get your “hands” on these prehistoric creatures and see them from any angle, while learning about them. Working in virtual reality gives researchers a chance to work with items that are too fragile to handle in real life as well – the perfect blend of practical and fun.

A Tooth for a Good Cause 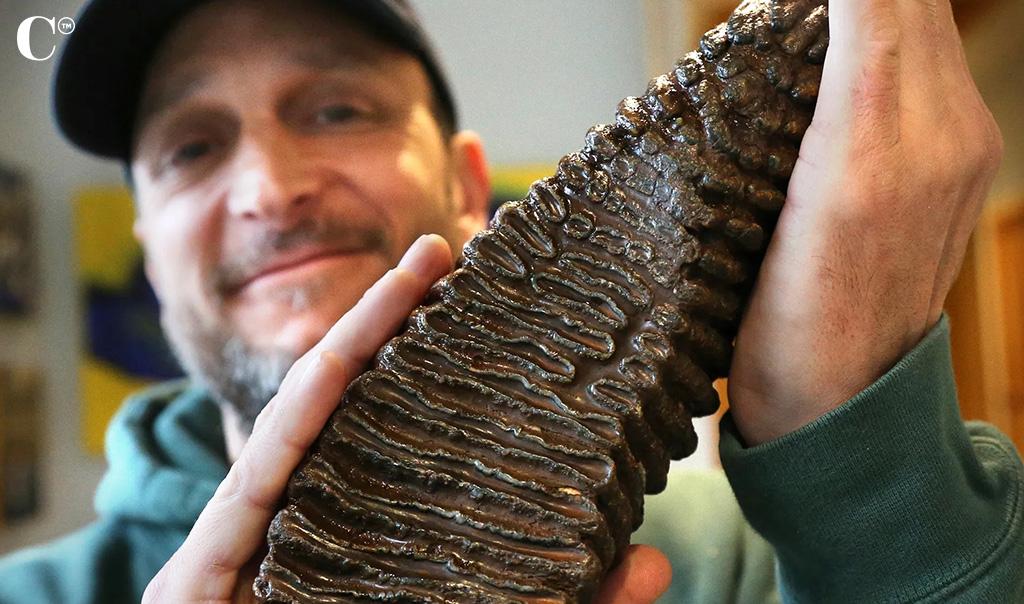 While dreaming of what might be with Colossal and dreaming of what is coming to life with the Metaverse, “what was” is having a bit of a day in the sun too. Two recent paleontological finds have provided opportunity, albeit in different ways.

First, a man who found a large chunk of mammoth tooth in Iowa has donated his rare 11-lb find to a museum so people from all over can enjoy it. Justin Blauwet found it while working a construction site on a lift station project for the City of Sheldon, and donated it to a local museum.

But it was a mammoth tooth of a different origin that had headlines buzzing today after the past rallied to help vulnerable people in Ukraine. NBC New York reports, “A fisherman who reeled in a woolly mammoth tooth sold it at auction for more than $10,000 to help the people of Ukraine.

While dredging for scallops in late December off the coast of Newburyport, Massachusetts, a crew called the New England Fishmongers, based in Portsmouth, New Hampshire, pulled up something unusual.

Captain Tim Rider took the 11-inch, 7-pound artifact to experts at the University of New Hampshire, who identified it as the 12,000-year-old tooth of a woolly mammoth.”

Rider kept the tooth at his restaurant in Maine while the bids climbed on eBay, and he pledged to donate 100% of proceeds to World Central Kitchen, which is on the ground in Ukraine feeding people on the border in Ukraine and refugees fleeing the violence. Dan Healey won the highest bid at $10,300 and he is sending the tooth to the Newburyport Maritime Museum so it can be enjoyed by others. Meanwhile, the money is helping those most in need. This tooth specimin was rare because it was so well-preserved, making it a valuable find for paleontology and prehistory lovers – as well as Ukrainians.