Would You Trust A Dog To Tell You That You’re COVID Positive?

Dogs. They make a great pet and even better companion. However, they do more than just lick your face and 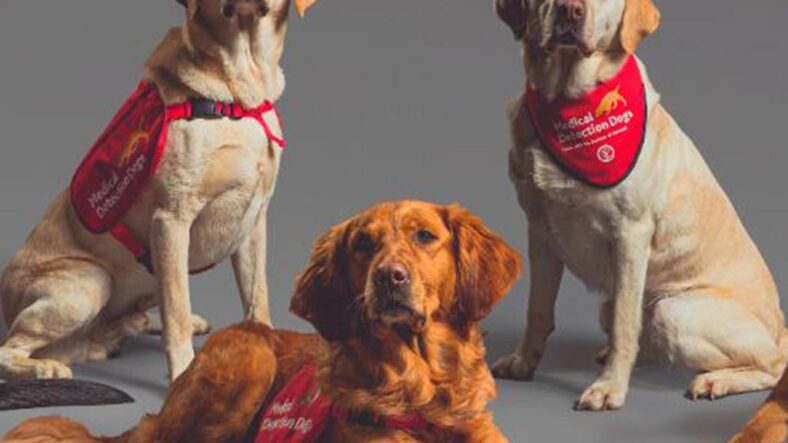 Dogs. They make a great pet and even better companion. However, they do more than just lick your face and make you feel loved. Some dogs take on jobs just like the rest of us. Not every TikToker lets their pet live in their home rent free, right? Dogs have taken on the many tasks of therapy, guarding, mascots and more. But the ones that you’re probably most familiar with are detection dogs, who use their keen sense of smell to detect everything from bombs to drugs to bedbugs and now COVID. But how can a dog sniff out a virus? And, exactly what dog breeds are we talking about?

Beyond explosives and drugs, dogs have also been trained to detect some cancers and malaria. And although researchers aren’t entirely sure how, they presume that the human body releases a distinct pattern of volatile organic compounds which create a scent for dogs to pick up. This has created the hypothesis that viral infections may also cause the body to do the same.

Is This Backed By Science, You Ask? 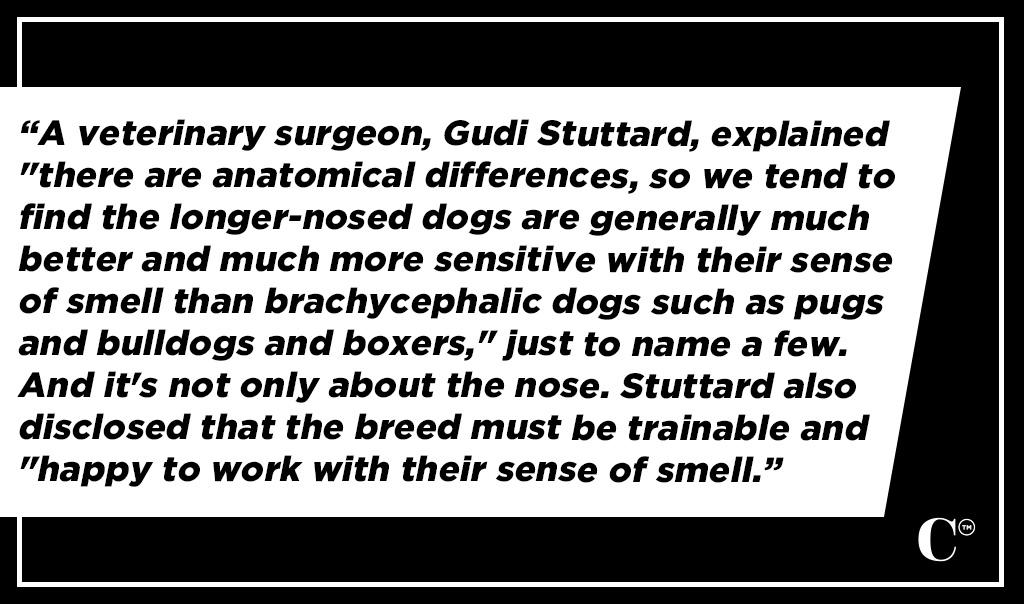 Dogs’ noses withhold 300 million scent receptors allowing them to detect tiny concentrations of odor that humans cannot. Thus, people have been taking advantage of this trait in canines for decades. However, don’t start asking your home companion to sniff the virus out of you. Only specific breeds can be trained to do such. A veterinary surgeon, Gudi Stuttard, explained “there are anatomical differences, so we tend to find the longer-nosed dogs are generally much better and much more sensitive with their sense of smell than brachycephalic dogs such as pugs and bulldogs and boxers,” just to name a few. And it’s not only about the nose. Stuttard also disclosed that the breed must be trainable and “happy to work with their sense of smell.”

Early on in the pandemic sniffer-dog scientists geared their attention to COVID. Their canines would be trained to smell samples such as sweat, in sterile containers, and to sit or paw the floor when they detected traces of infection. A surgeon and researcher at Saint Joseph University in Beirut, Raid Sarkis, participated in a French-Lebanese project which trained 18 dogs and used the top two performers for an airport trial in Lebanon. 1,680 passengers were screened. The canines found 158 COVID cases which were then confirmed by PCR tests. The sniffer-dogs had 100 percent accuracy in confirming negative results and detected 92 percent of the positive cases, as per the unpublished results.

However, the only published journal article also described as the “pilot study” received slightly different results. The researchers in this group trained eight dogs using samples taken from the mouth and windpipes of seven people hospitalized with COVID and seven uninfected people. In this study the sniffer-dogs had 83 peacent success identifying positive cases and 96 percent success identifying negative ones.

Dogs Are Not Cheap Nor Simple 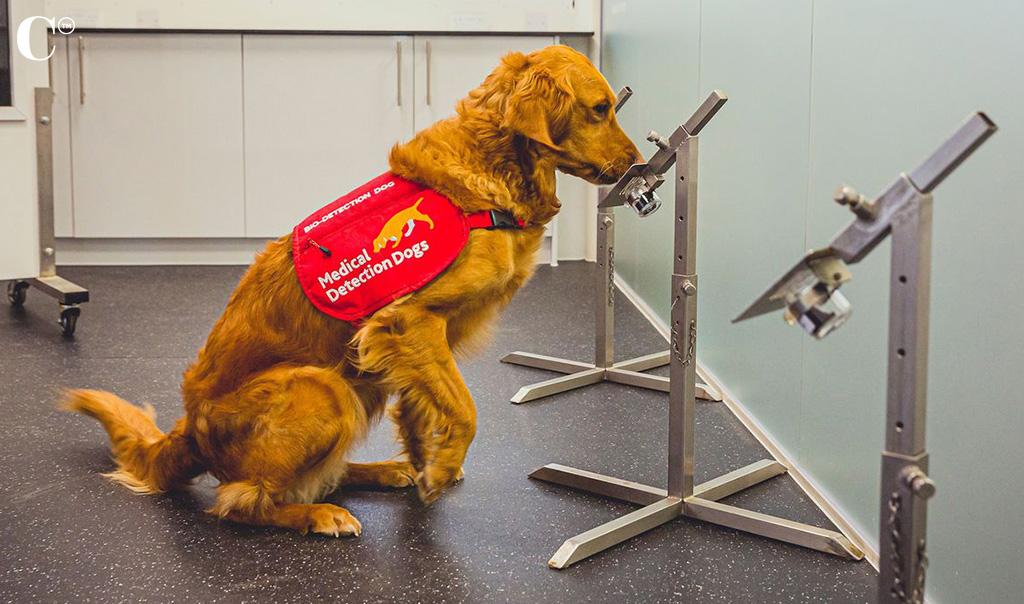 Sarkis shared “This is very accurate, feasible, cheap and reproducible.” A virologist, Isabella Eckerle at the University Hospitals of Geneva in Switzerland also reported that low-income countries with limited lab space could very well benefit from this approach. Although, according to the New York Times, “cheap” isn’t necessarily the word to define this method. Cynthia M. Otto, director of the Penn Vet Working Dog Center at the University of Pennsylvania School of Veterinary Medicine, said that finding enough dogs to conduct widespread scent detection is a hurdle within itself next to the cost. Unfortunately these dogs don’t train themselves. It’s necessary to acquire paid, well-trained human handlers to assist these already expensive dogs. So to put it all into perspective, dogs may cost $10,000 and scent training per dog is $16,000, according to a report found by New York Times.

Alongside the challenge of acquiring these dogs is the challenge of training them. Dr. Otto said, “Quality control is a first step, and a large one. Medical scent detection is more complicated than drug or bomb detection.” Explosives and narcotics has a specific target odor for dogs to detect. And while researchers know that dogs can distinguish a person’s sweat or urine, they aren’t sure about what chemicals the dog is identifying. “We have all of the ethnicity and ages and diets and all of these things that make human smell,” said Otto, causing human scent to vary. Therefore, dogs would have to be trained on many different people.

“I Think They Absolutely Can Do It”

Dr. Otto has faith in our dog friends. “It’s just how we implement them,” she stated. Canines can provide additional screenings to hundreds of people in a short amount of time in busy places such as airports and stadiums. This being especially helpful when coming across those who are asymptomatic. And while the initial cost of getting these dogs in place may be high, the long-term cost can be cheaper than conventional testing methods according to a study acquired by the American Lung Association. Although something that hasn’t been touched on is the public’s reaction to this approach. How will this pan out for those who don’t agree? False positives are still a possibility- and will that ruin someones travels? Will people have to save extra time for the airport if extra testing is necessary?

All in all, sniffer-dogs have the opportunity to play a big part in our future as we look forward to re-opening public spaces to large crowds without restrictions. But, we’ll ask again, would you trust a dog to tell you that you’re COVID positive?