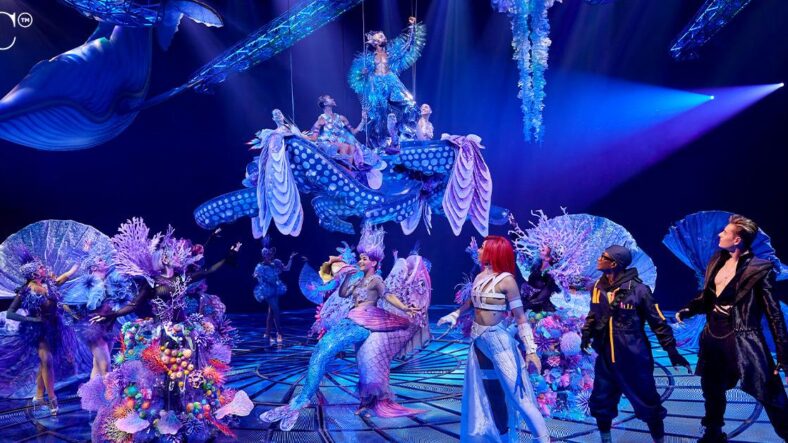 If you’re a woman and want to go on an adventure with two fellow travelers “as they seek to restore beauty and love to the world,” the place you need to head to is Vegas.

Yep, you read that right.

Las Vegas is the place for the newest, shiniest and boldest show. It is called Awakening and it opens next month at the Wynn Las Vegas.

“It surely must be the most technically advanced show on the planet,” says Illusion Designer Paul Kieve.

Awakenings centers on a heroine in the making named IO and her travel companions’ quest to reunite two long lost lovers. The main characters are only a small fraction of the 60 cast members on the new production.

But the trio isn’t the only notable “cast member.” Doing the narration for Awakenings is Academy Award winning actor Anthony Hopkins. He joins the other Emmy and Tony winning talent of big names in the show production industry.

“What we are seeking to do is produce something that cannot be done anywhere else, that you could only see in Las Vegas,” said Baz Halpin. Producer and director of Awakenings Baz Halpin is best known for his production design on shows such as the Emmys, Taylor Swift’s concert tours, Katy Perry’s Super Bowl half-time show and Perry’s Las Vegas residency.

Halpin recently posted his praise of Perry’s show in Las Vegas at Resorts World located a short distance from Wynn.

Other heavy-hitters include Bernie Yuman. He is known for managing Las Vegas icons Sigfried & Roy as well as Muhammad Ali. He also brought Gloria and Emimlio Estefan’s show Get On Your Feet to Broadway and serves as the show's EP. And finally, Emmy winning designer Michael Curry who has designed for the Olympics and The Lion King on Broadway is another of Awakenings producers.

In a recently released trailer for Awakenings, viewers get a glimpse of the gigantic spectacle that awaits them when the show opens. Audiences are sure to benefit from the custom-built theater featuring a 60-foot stage with 80-foot ceilings. They are also sure to love the closeness of the new production. With over 1,600 seats each seat is said to be no more than 75 feet from the center of the stage.

“You put the work in, you get the results. And we put the work in,” said Yuman. And the work is extensive to be sure. More than 300 costumes are featured in the show. The sets are showcased along a 60-foot prismatic stage made of glass (yes, glass) and acts like a mirror for the audience.

A look at any one of the shows behind the scenes videos on youtube will give you a better idea of just how big the show’s production truly is.

Awakening at Wynn Las Vegas premieres on Monday, Nov. 7. Tickets are on sale now and available at awakeninglasvegas.com. Showtimes are 7 p.m. and 9:30 p.m., Tuesday-Saturday.