Wynn Las Vegas is on a roll for 2021. After the desert city began reopening from the COVID lockdowns, the

Wynn Las Vegas is on a roll for 2021. After the desert city began reopening from the COVID lockdowns, the Wynn hit the ground running. This week, they’ve announced their summer lineup, “A Summer of Comedy,” and it’s a hot one. But that’s not all; Wynn just announced its fall music residency and it’s none other than Lionel Richie. With a summer of world-class comedians and music talent like Richie, Wynn’s summer and fall promise to be hot hot hot all around. CELEB brings you Wynn’s Summer comedy line-up as well as information about how to see Richie hit the stage this Fall.

“Nobody Does This Tour” 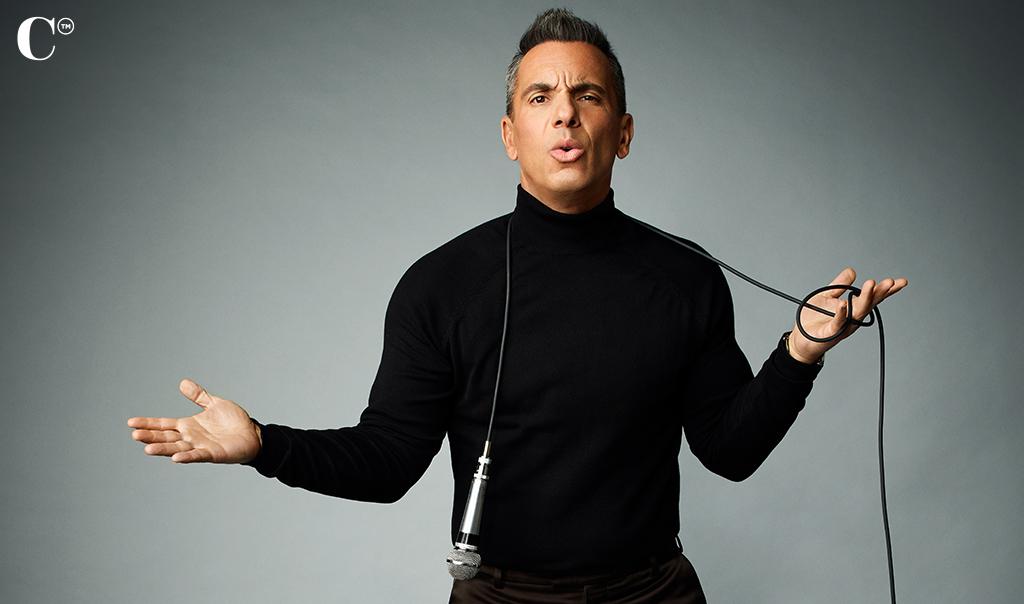 The first comedian on the Wynn docket is Sebastian Maniscalco and his “Nobody Does This” Tour. Maniscalco is returning to Wynn for the third time, to headline Father’s Day weekend. Maniscalco’s talent is known around the world, including his role in Martin Scorsese‘s 2019 hit film “The Irishman.” The Chicago native is the son of Italian immigrants and started his career doing open mics in bars and bowling alleys. Maniscalco has spent years in the spotlight, with turns on Comedy Central, The Tonight Show with Jay Leno, the Jay Leno Show, The Late Late Show with Craig Ferguson, The Tonight Show Starring Jimmy Fallon, Conan, The Late Show with StephenColbert, and more.

Maniscalco will be hitting the big screen once again with Robert De Niro for the Lionsgate film “About My Father,” loosely based on the comedian’s life. But first, Maniscalco’s spin across the Wynn stage will happen June 18 and19. 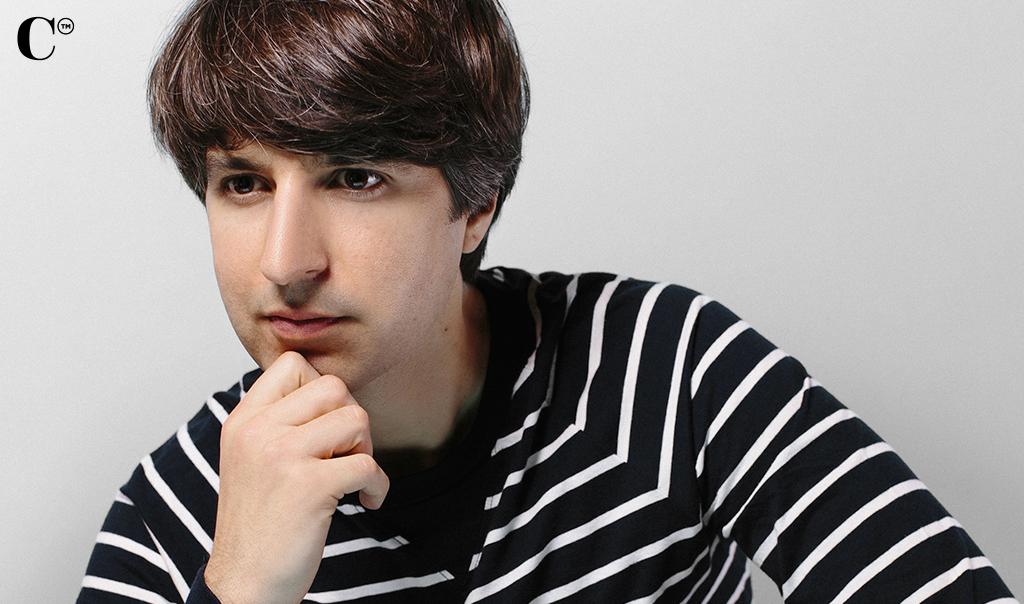 Next up is Demetri Martin, bringing his “I Feel Funny” Tour to Wynn. This is Martin’s first Wynn performance. The New York City native is the child of Greek-Americans, whose father was a Greek Orthodox priest. Martin has a B.A. in history from Yale University, and was offered a place at Harvard Law School. However, a full ride scholarship from New York University School of Law was too tempting and Martin attended until dropping out just before completing his Juris Doctor degree in order to pursue his career in comedy.

Another Comedy Central protégé, Martin wrote for Late Night with Conan O’Brien for a year. Martin’s unique comedy combines his flare for storytelling with his ability to captivate audiences, and he has spent time as a contributor to The Daily Show as well as his own impressive list of shows on Comedy Central. 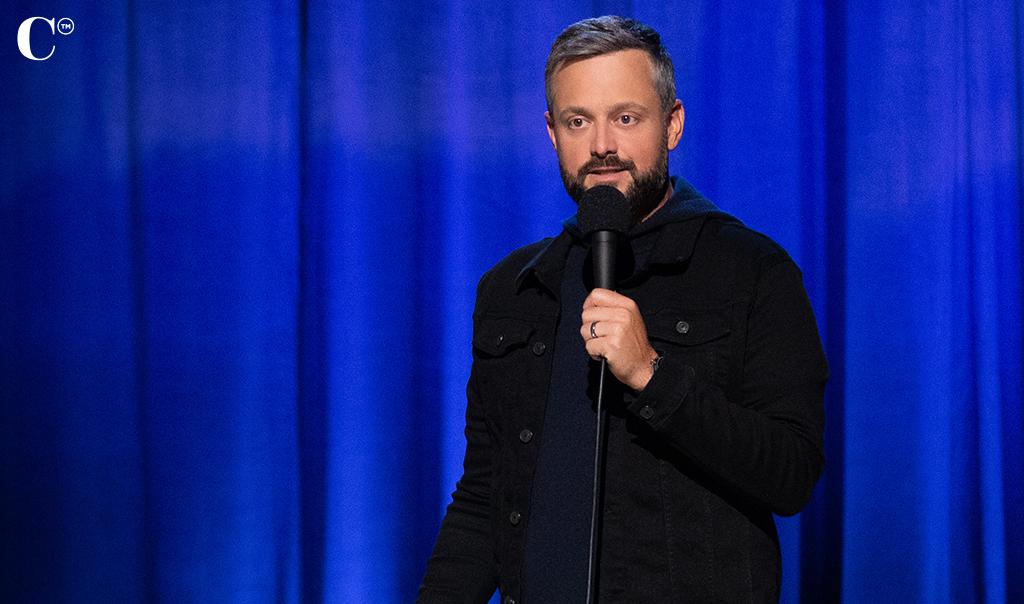 Nate Bargatze is returning to Wynn for one night only. Bargatze has enjoyed enormous success after a series of Netflix stand-up specials. Bargatze has toured with comedy royalty like Chris Rock and Jimmy Fallon, and has been named one of Esquire’s “Best New Comedians” by Jim Gaffigan. Bargatze was also named one of Marc Maron’s “Comedians to Watch” by Rolling Stone, and one of Variety’s “10 Comics to Watch.”

Bargatze is from Tennessee and has written for the Spike TV Video Game Awards. On top of being a solid comedian, Bargatze has spent his time offering his comedic services to America’s Armed Forces, performing for troops in Iraq and Kuwait. Bargatze’s most recent special “The Greatest Average American” launched on Netflix March 18. 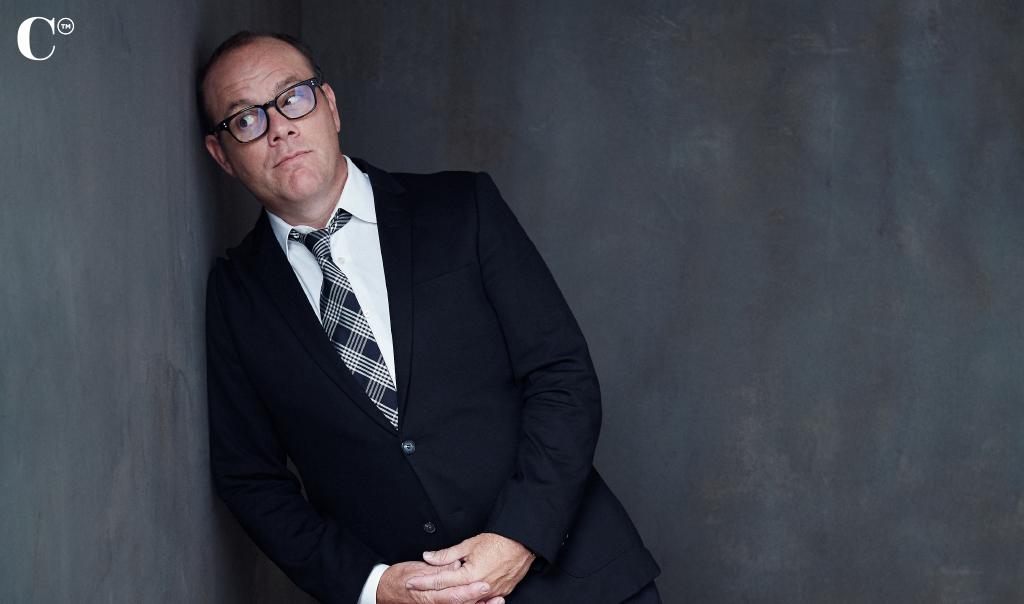 Tom Papa can do it all. His resume includes comedian, actor, podcast host, radio host and writer. Papa has been doing comedy for more than 20 years, so when he takes Encore Theater’s stage this summer, he brings decades of laughter with him.

Papa is a former New Jersey kid, who played football and track when younger. The comedian got his start in New York City doing stand-up, and hosts a podcast on SiriusXM called Come to Papa. Papa has recorded four stand-up specials, two of which were directed by Rob Zombie. The Jersey boy has spent time on The Tonight Show with Jay Leno, Late Show with David Letterman, and The Joe Rogan Experience among others.

Papa hits the stage at Wynn August 6 with his famous catch phrase, “Have you ever…? I have!” 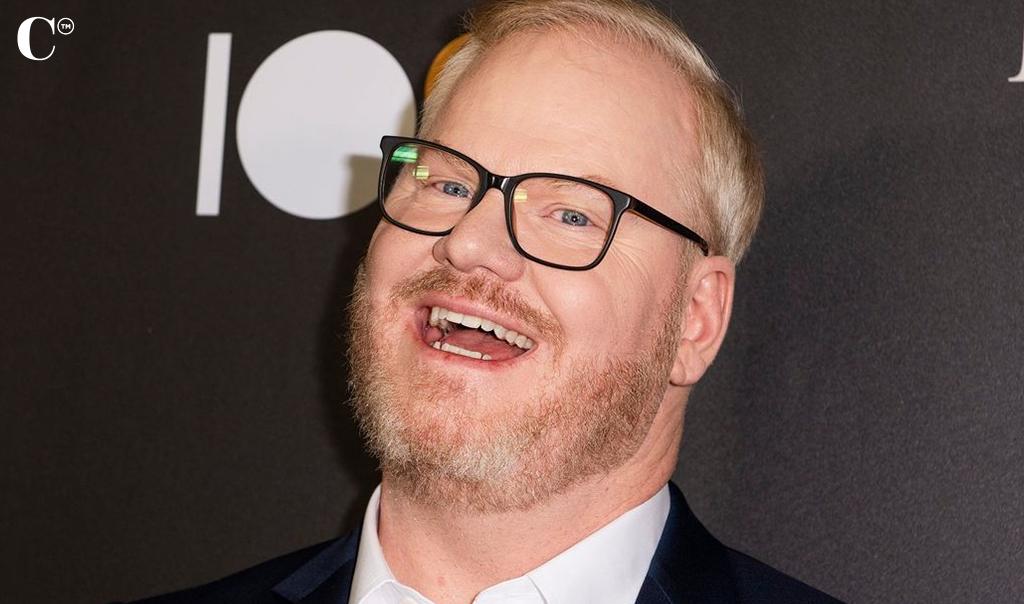 Six-time Grammy nominated comedian Jim Gaffigan comes to Wynn this summer too, bringing a juggernaut back-to-back performance. Gaffigan is from Chesterton, Indiana, and has worked as a comedian, actor, writer and producer. The father of five is often regarded as a “clean” comic, and uses very little profanity in his sketches.

Gaffigan moved to New York in 1990 to pursue his career in comedy, inspired by David Letterman. Gaffigan is often considered one of the most relatable comic by fans, with subjects ranging from laziness, daily to day life, and parenting. Gaffigan’s signature style includes using a high-pitched voice to represent the thoughts of disgruntled audience members, in order to head off heckling and poke fun at himself.

In 2016, music and podcast app Pandora had Gaffigan listed as the most popular comic of all with over 647 million spins. Gaffigan has been met with world renowned and has appeared on some of comedy’s biggest stages over the years.

Gaffigan brings his unique style and laughter to Wynn for two-in-a-row performances August 7. 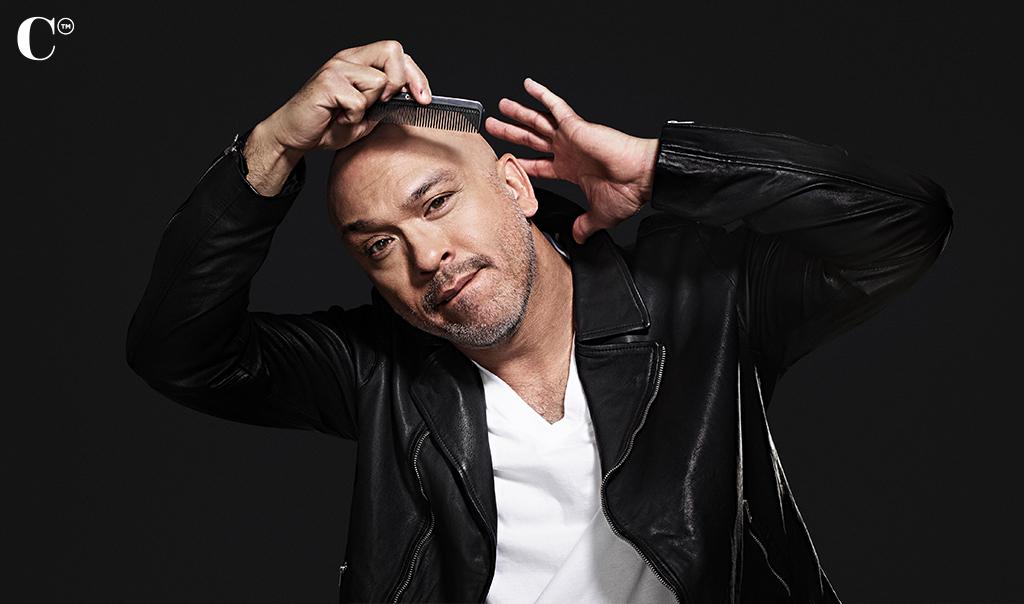 Last but not least, Jo Koy comes to Wynn in September. Koy is widely considered one of the most popular modern comedians, with a fan base the world over. Koy was born Joseph Glenn Herbert in Tacoma, Washington, before moving to Las Vegas soon after completing high school. Koy’s stage name comes from a childhood nickname, borrowing from his Tagalog heritage.

From a young age, Koy performed for family and friends and competed in school talent shows, with the encouragement of his mother. Koy hit his stride in 1994, doing stand-up at a Las Vegas comedy club. Determined to make it big, Koy rented a spot at Huntridge Theater and went door-to-door to sell tickets to his shows. A talent agent saw Koy perform and the rest was history. Koy has appeared on Chelsea Lately more than 100 times, and has performed on The Tonight Show Starring Jimmy Fallon, World’s Funniest Fails, The Joy Behar Show, Jimmy Kimmel Live!, Last Call with Carson Daly. A 2005 performance on The Tonight Show with Jay Leno gave Joy the tremendous honor of being one of the few comedians in the show’s history to receive a coveted standing ovation. Koy is also known for his charity work and philanthropy. 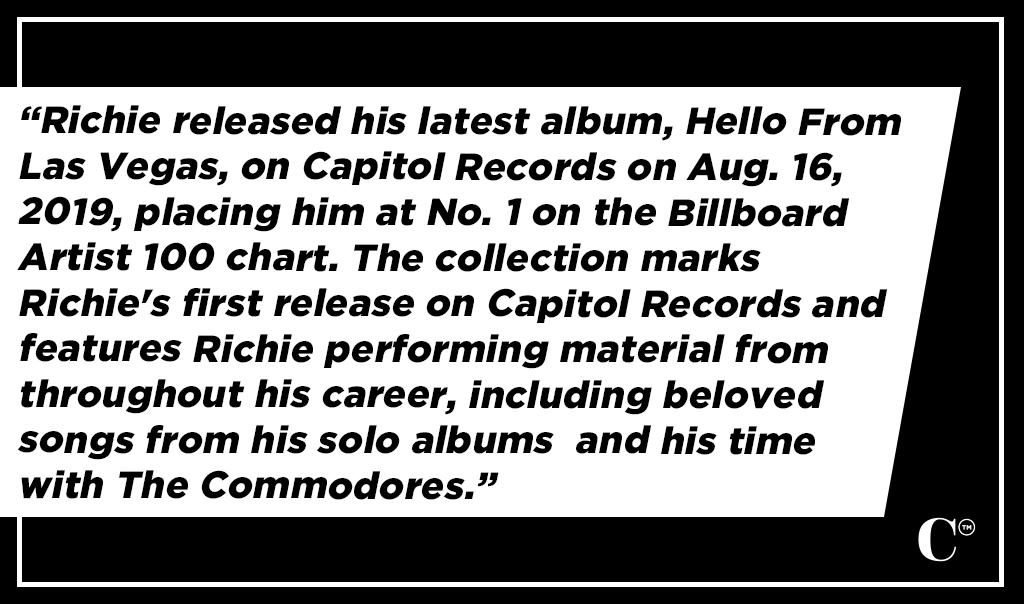 But Wynn’s 2021 isn’t just about laughter, Lionel Richie will be taking the stage for an Encore Theater residency this fall. Richie returns to Wynn for 10 performances to showcase “Lionel Richie: Back to Las Vegas!” this November. Richie has won Oscars, Golden Globes and four Grammy Awards. The hit singer/songwriter has sold more than 125 million albums across the world and will take the stage at Encore to share stories of his life along with his mega-hits like “Hello,” “All Night Long,” “Easy” and more.

A statement from Wynn Entertainment says, “Richie released his latest album, Hello From Las Vegas, on Capitol Records on Aug. 16, 2019, placing him at No. 1 on the Billboard Artist 100 chart. The collection marks Richie’s first release on Capitol Records and features Richie performing material from throughout his career, including beloved songs from his solo albums (‘Hello,’ ‘Dancing On The Ceiling’ and ‘Truly’) and his time with The Commodores, where he developed a groundbreaking style that defied genre categories. In addition to his latest release, Richie can be seen as a judge on the popular primetime TV show ‘American Idol’ on ABC.”

One of the fathers of pop music, Richie’s iconic style and voice hearken back to a simpler time in music, before pandemics and back when Las Vegas wasn’t limited in doing things big. This summer marks Vegas’ triumphant return to everything in super-size as restrictions roll back, and Richie taking the stage again at Encore is a perfect reminder that Vegas nightlife is back and better than ever. Tickets go on sale this Friday, May 21, and can be purchased through Wynn Las Vegas Box Office (702-770-9966) or by visiting Wynn Las Vegas. Richie’s performances will run Sept. 24-25; Oct. 1-2, 27, 29-30; Nov. 3, 5-6; 8 p.m.

Whether it’s a laugh you’re looking for or a Lionel, Wynn’s got you covered this year.

Tickets for the comedy performances also go on sale this Friday and can be purchased by visiting Wynn Entertainment.