Modern dance music is a universal language shared across the globe that connects people at the soul. Not many things 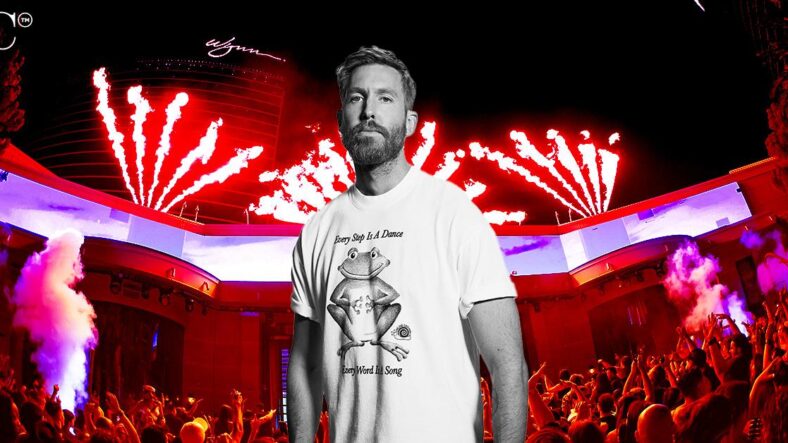 Modern dance music is a universal language shared across the globe that connects people at the soul. Not many things can compare to the wave of energy that moves through a crowd when a DJ plays a tune that even your bones can't resist moving to. The world record-breaking and chart-dominating artist, Calvin Harris, continues to set the standard for communicating positive vibrations through dance-worthy tracks. And, this September he will be returning to Wynn Las Vegas for a special one-night-only event.

Getting Groovy Over A Decade Later

On September 17, the GRAMMY Award-winning, multi-platinum selling artist will return to XS Nightclub at Wynn Las Vegas for one night only. This special event marks Calvin Harris' first appearance at the venue in over ten years.

Ryan Jones, assistant vice president of Wynn Nightlife shared, “Calvin Harris is one of the most exciting artists of our time. It’s an honor to welcome him back to XS Nightclub for what will be the biggest party in Vegas…"

Labeled as "one of the most renowned nightlife venues in the world," XS Nightclub continuously finds itself on the Nightclub & Bar's Top 100 list as the top grossing nightclub in the U.S. In fact, it's the first venue to ever achieve the honor fives times.

The mega-club is a whopping 40,000 square feet engulfed in state-of-the-art technology. XS Nightclub is illuminated with over 10,000 individual light sources which highlight the venue's elaborate decor and extravagant circular dance floor.

XS Nightclub is just one of the luxurious venues belonging to Wynn Nightlife. The award-winning independent hotel company lives on the famous Las Vegas strip as the home to grandeur venues including, Encore Beach Club at Night and Encore Beach Club.

If You Live Under A Rock, Keep Reading

Calvin Harris is a Producer, DJ, and songwriter (to say the least) and has become the face of modern dance music. Accompanying his feel-good tunes are his world record-breaking numbers and chart domination. His combined audio and video streams count up to 35 billion, making him one of the most viewed artists on YouTube and one of Sony Music's largest streaming artists.

The work of Calvin Harris has also been a magnet to top music awards and nominations. He's received 14x MTV VMA nominations and 2x wins, and 5x GRAMMY nominations. In 2013 he won the GRAMMY Award for Best Music Video for his very popular track, "We Found Love," which features Rihanna.

And, if you still think you don't know Calvin Harris or his music, yes you do.

Although you might not be a follower of the DJ himself, are you familiar with the names Frank Ocean, Pharrell Williams, Rihanna, or The Weeknd? The heavyweight producer has collaborated major artists to create timeless hits like "How Deep Is Your Love", "Promises" and "This Is What You Came For," just to name a few.

And now, his highly anticipated album dropping this Friday, Funk Wav Bounces Vol. 2, will include his latest singles, "Stay With Me" which features Justin Timberlake, Halsey, Pharrell as well as "Potions" which features Dua Lipa, and Young Thug. This album comes five years after the first installment of Funk Wav Bounces which is also joined by loved artists like Khalid and Future.

So, if you enjoy movin' and groovin', and now that you know what you'll be dancing to all night, waste no time and purchase your tickets to his special appearence at XS Nightclub.