Who Is Zac Efron Dating? Here’s What We Know About His New Girlfriend Vanessa Valledarres

It’s official, Zac Efron is a taken man! That’s right, the actor has made things official with Australian model Vanessa 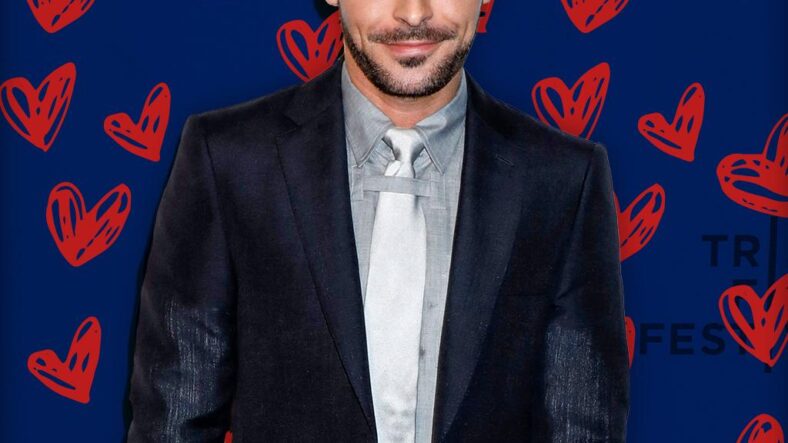 It’s official, Zac Efron is a taken man! That’s right, the actor has made things official with Australian model Vanessa Valladares, and we have all the tea on their relationship.

But wait, where did they even meet? When did they start dating? What do we know about their relationship? Who even is his new girlfriend? And who else did the High School Musical alum date in the past? Not to worry, people, because we broke down his entire love life from start to finish for you. Here’s what you need to know… 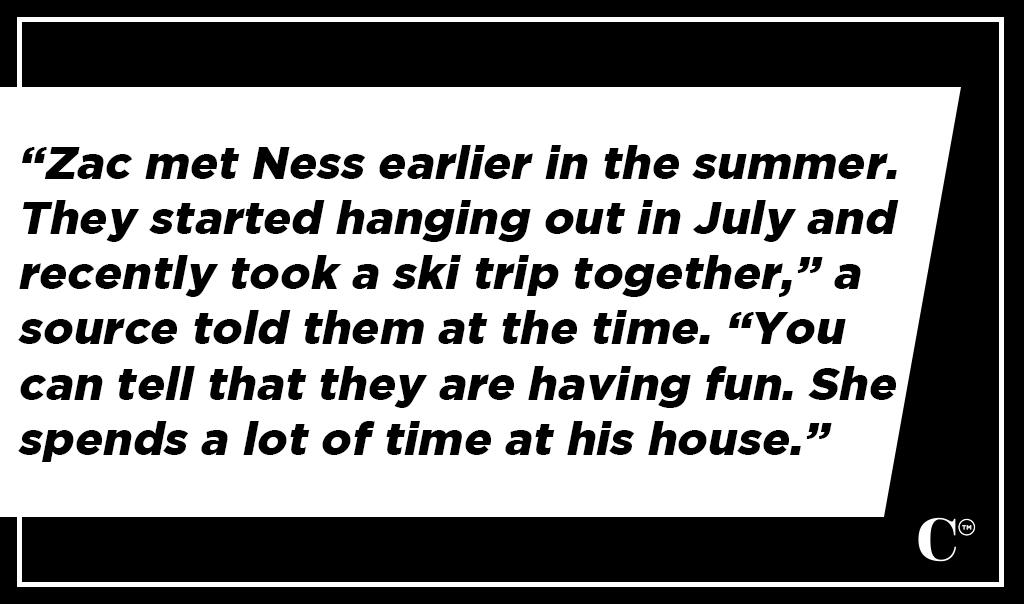 The couple was first spotted together last month, and at the time, a source told People Magazine that they met back in June when she worked at the Byron Bay General Store & Cafe.

“Zac met Ness earlier in the summer. They started hanging out in July and recently took a ski trip together,” a source told them at the time. “You can tell that they are having fun. She spends a lot of time at his house.” 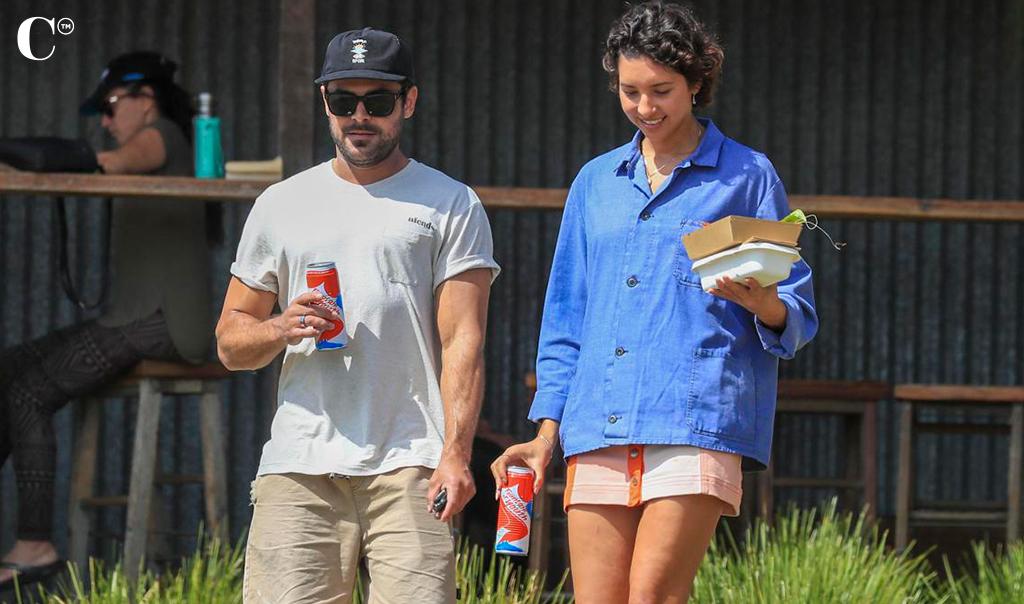 In a series of photos obtained by Daily Mail, Efron and Valladares could be seen celebrating his birthday side by side on October 18, 2020. Australian radio host Kyle Sandilands (from The Kyle and Jackie O Show) even attended the celebration, and he said they definitely were not trying to hide their love.

“He absolutely loves Australia. He’s in love with this girl, Vanessa. They’re a beautiful couple. They do everything together. They’re just sweet,” he dished. 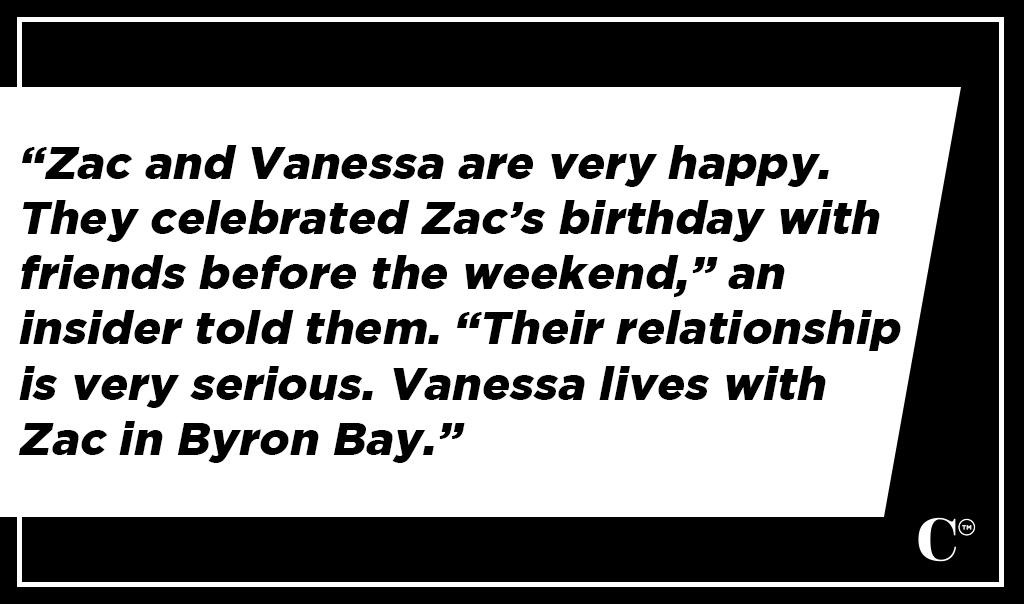 Now, People Magazine has even reported that the couple has moved in together! Wow, talk about a major step.

“Zac and Vanessa are very happy. They celebrated Zac’s birthday with friends before the weekend,” an insider told them. “Their relationship is very serious. Vanessa lives with Zac in Byron Bay.”

Who Exactly Is Vanessa Valladares? 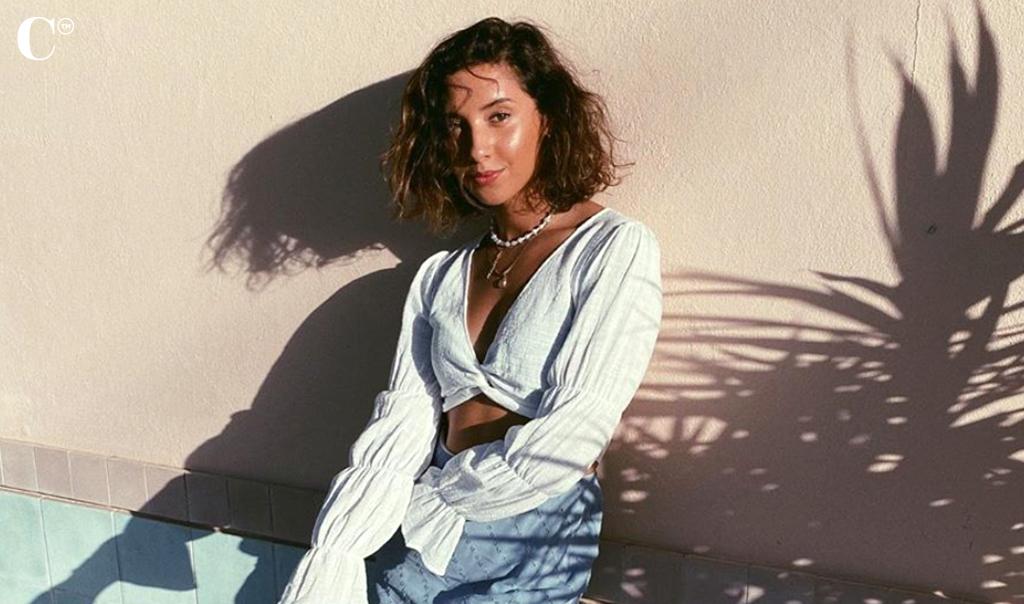 Valladares has modeled for numerous Australian brands such as Love St., Of the Sun and RVCA. Based on her Instagram, it looks like she enjoys surfing and spending time outdoors, and she frequently shares snaps of herself surrounded by nature.

Who Has Zac Efron Previously Dated?

Before dating Valladares, the former Disney star was rumored to be in a relationship with Olympic swimmer Sarah Bro. Speculation first started swirling that the two stars were more than friends in March 2019, after they were spotted getting cozy at a LA Kings hockey game together. But in January 2020, news hit the web that they had split.

“The relationship just wasn’t working out,” a source told Us Weekly at the time. “She came back to L.A., and it never got going again.”

What Happened Between Zac Efron And Vanessa Hudgens? 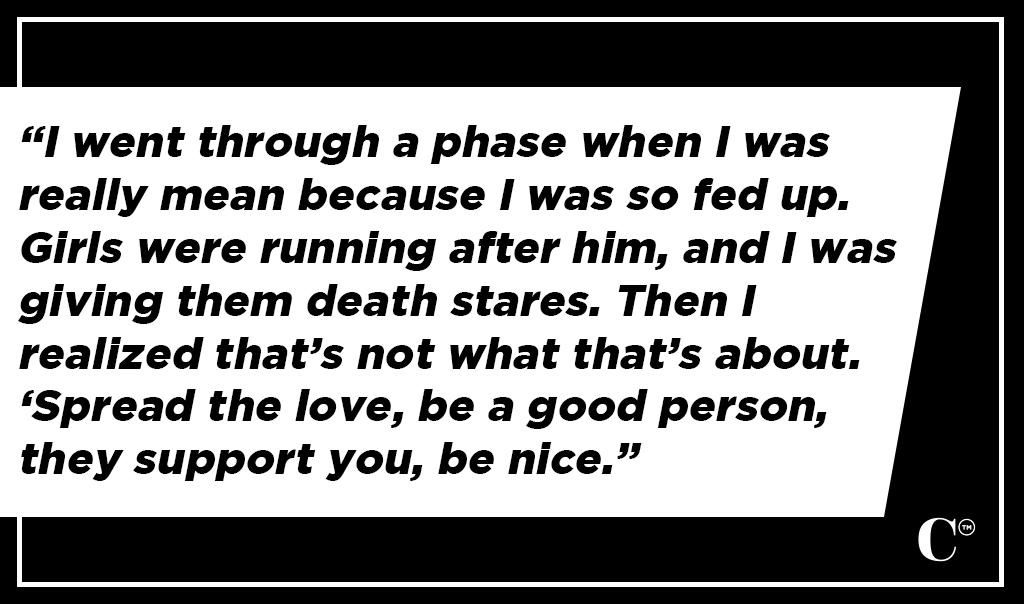 His most famous relationship was definitely with Hudgens. For those who forgot, they met and fell for each other on set of High School Musical in 2005, and since their characters were total goals in the movie, when they took their love off the screen and into real life, it was pretty iconic.

For five whole years they were everyone’s favorite couple — posing on the red carpet together, packing on the PDA all over the world and gushing over each other in interviews. But in 2010, they ended the relationship, and Hudgens later admitted that jealousy played a major role in their split.

“I went through a phase when I was really mean because I was so fed up. Girls were running after him, and I was giving them death stares,” the actress told the New York Times in 2015. “Then I realized that’s not what that’s about. ‘Spread the love, be a good person, they support you, be nice.’”

Now, they’ve both confirmed in numerous interviews that they’re no longer on speaking terms.

But she has no regrets about their relationship.

“It started off really organically,” she said in April 2019. “I could not have been more grateful to have that relationship at the time. … It was this massive phenomenon and [all] eyes were on me. And it’s just a really weird foreign thing to go through, and by being in a relationship, it kind of kept me stabilized and grounded, and I had someone to lean on who was going through it as well.”