What Did Zayn Malik And Gigi Hadid Name Their Daughter? All The Theories About The Baby Name

Despite more than two months passing since Gigi Hadid and Zayn Malikwelcomed their first child together, we still don’t know 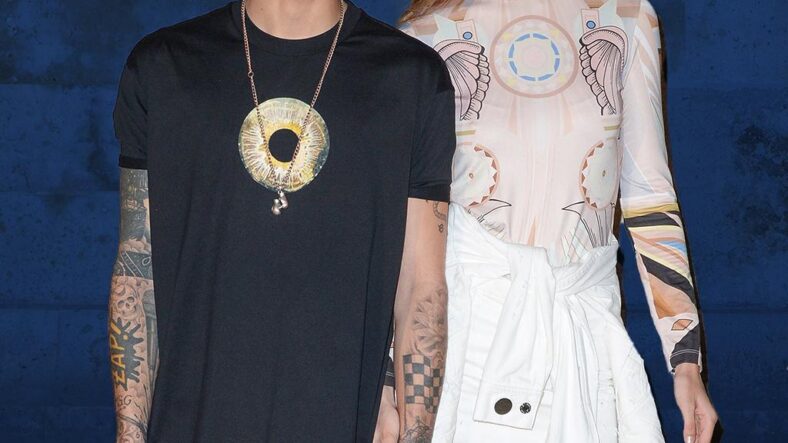 Despite more than two months passing since Gigi Hadid and Zayn Malikwelcomed their first child together, we still don’t know what they named the baby girl! Yep, they’ve kept their daughter’s name a total secret from the public, but that hasn’t stopped fans from speculating, of course. It turns out, there’s actually tons of theories circulating the web at the moment about what the couple decided to name their new baby, and we broke them all down for you.

For those who missed it, Malik and Hadid welcomed their first child together on September 23, 2020.

“Our baby girl is here, healthy and beautiful,” the One Direction member wrote on Instagram at the time, alongside a touching pic that showed her tiny hand. “To try put into words how I am feeling right now would be an impossible task. The love I feel for this tiny human is beyond my understanding. Grateful to know her, proud to call her mine and thankful for the life we will have together.”

The model added in a post of her own, “Our girl joined us Earth-side this weekend and she’s already changed our world. So in love.”

Some People Think They Named The Baby Girl Lavender

Naturally, fans have scoured Malik and Hadid’s social media accounts to try to find some clues about the baby’s name, and when they noticed that the blonde beauty had posted about lavender a lot, they started to wonder if that was the name of her baby girl!

“New lavender babies in today! Line ’em up!” Hadid captioned a shot that showed her planting the flower, which was shared to her Instagram Stories last month.

To make things even more suspicious, her dad, Mohamed Hadid, posted a snap of the plant to his Instagram feed a few weeks before, with the caption, “The Lavender flower is known to the Holy Land and it gives the earth beautiful color and magical smell.”

When Hadid shared an adorable pic of her and her baby to her Stories, and she wrote that the little girl “burps sunshine” with a winky face, some people took this as a clue! Theories started to arise that they named the newborn Hemera, who is the Goddess of day, or Theia, after the Goddess of light.

“My best friend and I were speaking about how Gigi could’ve hinted that the name is sunshine related because of the wink next to sunshine. And knowing of Zayn’s love for Greek mythology,” one fan wrote on Twitter. “What if her name is Hemera (goddess of day) or Theia (goddess of light).”

My best friend and I were speaking about how gigi could’ve hinted That baby zigi’s name could be sunshine related bc of the wink next to sunshine. ANNNDDDDD knowing Zayn’s love for Greek mythology, what if her name is Hemera (goddess of day) or Theia (goddess of light)#zigi #ZAYN pic.twitter.com/6PzL3D1GNo

Others Have Theorized That They Named Her Augustine

When the 25-year-old posted a throwback pic of Malik resting his head on her baby bump, and captioned it, “August, waiting for our girl,” fans quickly started analyzing it. Some people started to wonder if the couple named the baby August or Augustine, especially since Taylor Swift recently revealed in her Folklore: Long Pond Studio Sessions movie that the girl in her song “August” is named Augustine.

In the past, the singer has used her friend’s baby names for inspiration — for example, she used Ryan Reynolds and Blake Lively‘s kids’ names in her song “Betty.”

“What if Augusta/Augustine/August is the name of Gigi and Zayn’s baby girl since Betty, James and Inez are Blake and Ryan’s?” one fan suggested on Twitter.

What if Augusta/Augustine/August is the name of Gigi and Zayn’s baby girl since Betty, James and Inez are Blake and Ryan’s? pic.twitter.com/gdwPNEyUK8

There’s Also Rumors That They Named Their Daughter Melek

Another fan on Twitter pointed out that Malik, Hadid and all of Hadid’s family have referred to their baby as “Angel” numerous times online. So they suggested that the couple may have named their daughter Melek, which is “a common name in Islam and it’s a derivation of ‘almalak’ which stands for ‘angel’ in Arabic.”

Alright, #zigi baby name theory: it’s Melek. Melek is a common name in islam and it’s a derivation of “almalak” which stands for “angel” in Arabic. To mention that the entire family refered to the baby as “an angel” ever since Gigi was pregnant https://t.co/OXQxGzmV3M

How are they holding up now, just two months after welcoming their baby girl? Well, a source told E! News, “Gigi is very tired but is already an amazing mom. The first couple of weeks have been a hard transition but she hasn’t complained and is very elated to be a mom.”

They Spent The Last 2 Months At Their Farm In Pennsylvania

The outlet reported that the couple has been spending time at the Hadid family farm in Pennsylvania since their baby was born. Plus, the insider explained that the model’s mom, Yolanda Hadid, is staying with them and “helping them tremendously.”

“She is their built-in nurse and they are so grateful to have her,” they explained. “They feel peaceful staying there for now. Gigi wants the most privacy for their baby and wants to be able to raise her privately.”

We really hope they share the name with us soon!