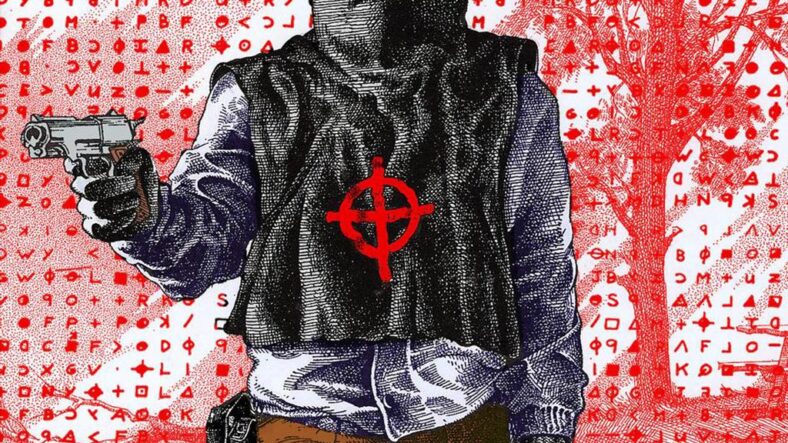 Who is the Zodiac Killer? 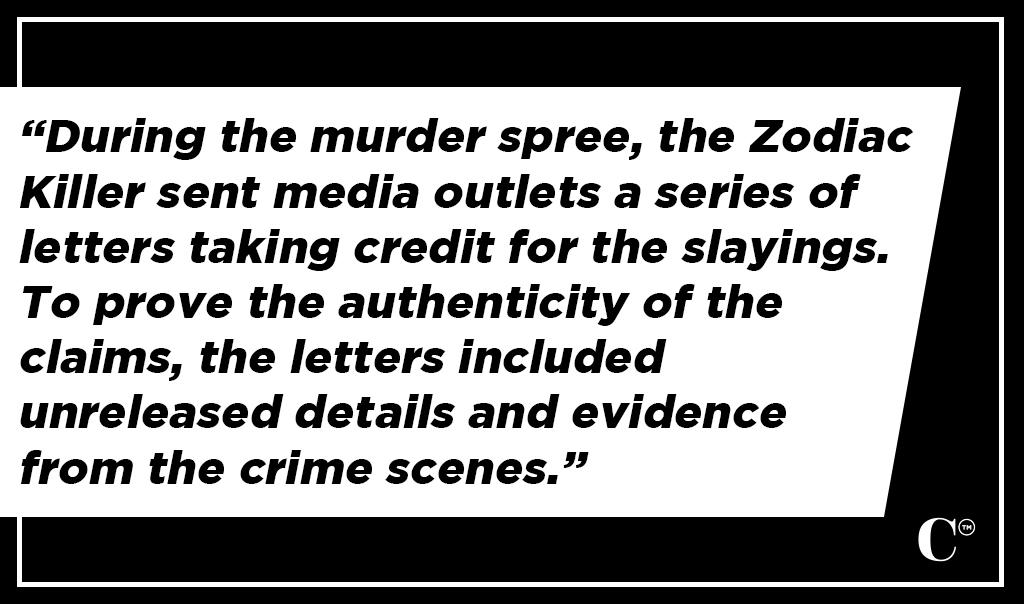 The Zodiac Killer has remained one of the most elusive serial killers of all time. Responsible for at least five murders from between 1968 to 1969, the Zodiac Killer’s trademark ciphers have been eluding code-breakers for half a century. Ars Technicaexplains, “…the Zodiac Killer killed at least five people and attempted to kill at least two more in Northern California in 1968 and 1969. In the first three attacks, he targeted couples. The first two murder victims were high school students who were parked in a car on their first date. In attacks on the other two couples, he managed to kill the women, but the men survived. A male San Francisco cab driver was the last known victim.

During the murder spree, the Zodiac Killer sent media outlets a series of letters taking credit for the slayings. To prove the authenticity of the claims, the letters included unreleased details and evidence from the crime scenes.

In August 1969, following the murders of three of the five known victims, the Zodiac Killer sent three almost identical letters to three Bay Area newspapers. Each letter also included one-third of a 408-symbol cryptogram that the suspect said would reveal his identity. The killer demanded the papers publish the letters in full or he would kill again.

A week after the letters were sent, a couple in Salinas, California, cracked the cipher. The Zodiac Killer, the plaintext revealed, said he was collecting slaves for the afterlife and that he wouldn’t disclose his identity because doing so would interfere with those plans.

In November 1969, after killing the remaining two known victims, the Zodiac Killer sent a letter to the San Francisco Chronicle that included a new puzzle. The cryptogram was known as the Z-340, or simply the 340, because it contained 340 characters in it.”

From there, the trail of bodies leading to the Zodiac Killer went blessedly cold. But the letters didn’t stop for another 5 years. The Zodiac Killer boasts that he has killed 37 people, but only five are attributed to him.

Who Cracked the Code and What Did it Say? 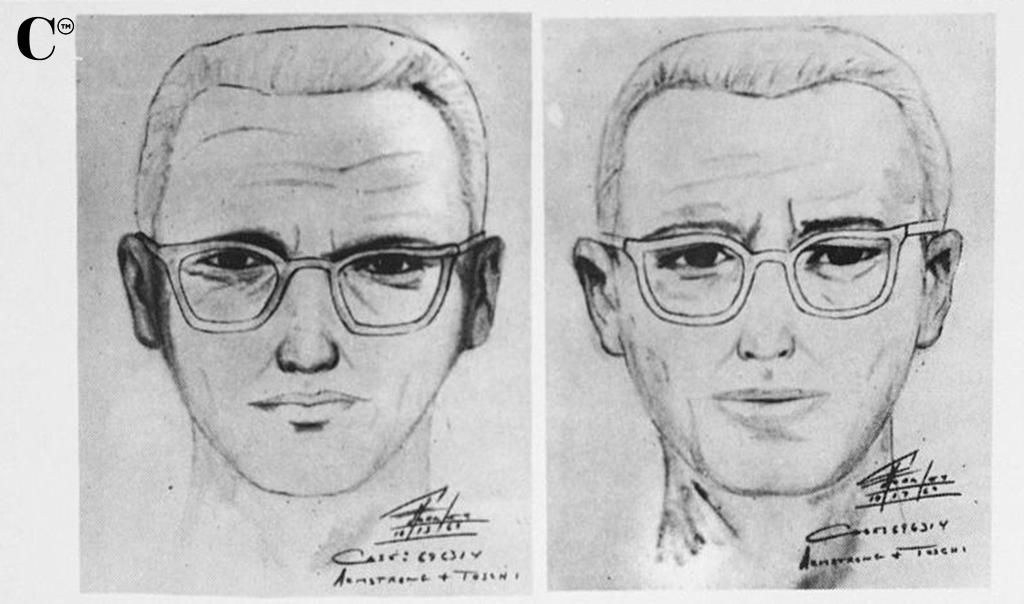 The 340 Cipher was cracked by an international team of code-breakers, some of whom have been working on the cipher for over 14 years. The team is made up of 3 people – David Oranchak, a software developer from Virginia, Jarl Van Eycke, a computer programmer from Belgium, and Sam Blake, a mathematician from Australia.

Per CNN, “‘It was incredible. It was a big shock, I never really thought we’d find anything because I had grown so used to failure,’ Oranchak, who’s been working on solving the killer’s messages since 2006, told CNN.

‘When I first started, I used to get excited when I would see some words come through — they were like false positives, phantoms. I had grown used to that. It was a long shot — we didn’t even really know if there was a message,’ he said.

The trio took their findings to the FBI a week ago, they said.”

“Oranchak detailed the process for cracking the cipher on his website and in a YouTube video, where he used a specifically developed decryption software and a bit of luck to finally make the connection. The team used a unique program to sift through 650,000 variations of the message. In one, a couple of words appeared.

‘We got really lucky and found one that had part of the answer, but it wasn’t obvious,’ Oranchak said, explaining that they then had to handpick their way through to decipher the rest of the message.

The only disappointing part, Oranchak said, is that the missive contained no personally identifying information.

Oranchak holds out no hope for solving the two remaining ciphers. He described the mission as ‘almost hopeless,’ as both are very short, with thousands of different names and phrases that could fit.”

According to the team’s work, the cipher reads:

I am not afraid because I know that my new life will be an easy one in paradice death.”

“Paradice” is a misspelling the Zodiac Killer made in other ciphers, seemingly on purpose. And other ciphers made mention of his intent to create slaves for himself in the afterlife.

Will This Help Solve the Mystery of Who the Zodiac Killer is? 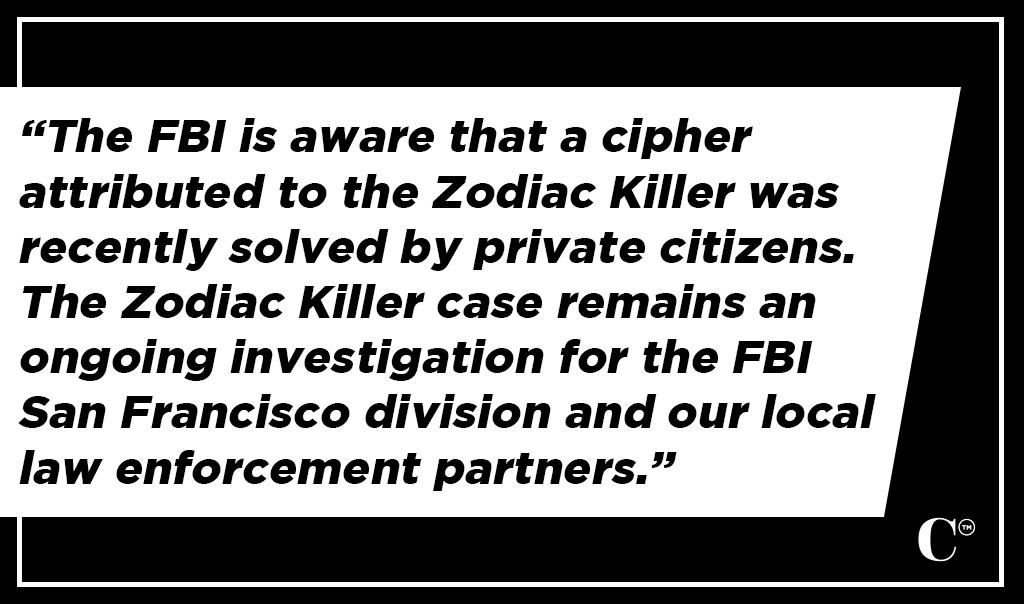 After so many years, hope of catching the killer alive becomes more remote by the day. Even if the Zodiac Killer was very young – say 20 – he would now be an old man in his 70s. Although it’s possible he’s still out there, the years of intervening silence suggest it’s unlikely. Killers like the Zodiac Killer who thrive on notoriety don’t usually disappear for good. It’s possible that he will resurface again now that his story is front page news – if he’s alive.

The FBI headquarters in San Francisco where the investigation is centered has released a statement about the groundbreaking cipher. “The FBI is aware that a cipher attributed to the Zodiac Killer was recently solved by private citizens. The Zodiac Killer case remains an ongoing investigation for the FBI San Francisco division and our local law enforcement partners. The Zodiac Killer terrorized multiple communities across Northern California and even though decades have gone by, we continue to seek justice for the victims of these brutal crimes. Due to the ongoing nature of the investigation, and out of respect for the victims and their families, we will not be providing further comment at this time.”

It’s unclear whether or not solving the cipher will further the investigation or not, but it’s clear that people’s fascination with the elusive monstrous killer has not waned over the intervening five decades.